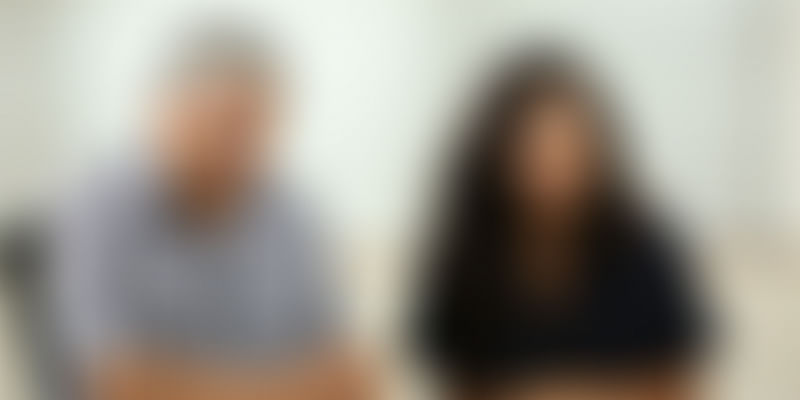 In an exclusive conversation with YourStory, tech magnate Nandan Nilekani gets candid on his ‘big dream’ of making a difference to the lives of the 1.3 billion people in India and how the IndiaStack innovations can be India’s big contribution for digital public good to the world.

Tech magnate and business legend Nandan Nilekani is credited with building India’s digital infrastructure and setting the country on the path to growth, but the man, known to the world as the tech czar of India, says there’s one central reason for the kind of impact he’s been able to create: thinking big and operating at scale.

“I believe it takes the same effort to think big or think small. So, then I might as well think big. That's my theory,” Nandan Nilekani told me in an exclusive interview at his EkStep Foundation office in the lush, old Koramangala neighbourhood of Bangalore city.

Operating at scale is the only solution to really making a difference in the lives of the 1.3 billion people in the country, says Nandan, adding that the cumulative impact of improving the productivity levels of each of them would be enormous.

“I think that if we want to move the needle in India; if we really want to make an impact; if we want more development; if we want to actually change the lives of people, we have to think at scale because just having a small solution which works in a little pilot is not going to change anybody,” Nandan adds.

Having worked as the Chairman of the Bangalore Agenda Task Force (BATF), a public-private partnership tasked with designing a development agenda for the city, Nandan realised early on that in India, for a curious reason, rolling out digital infrastructure is much easier than rolling out physical infrastructure changes, such as fixing roads, drainage, and the like.

In addition, India, unlike markets like Europe, is a common single market for services and a fragmented market for goods. This meant that if you roll out something which changes banks, the whole country can roll out the ID because all these are nationally regulated.

“So, I realised that digital services at national scale is where one can have the most impact,” Nandan says.

Indeed, Nandan’s role in building Aadhaar – India’s unique digital identity card scheme – while he was the Chairman of the Unique Identification Authority of India (UIDAI), and in laying the foundation for the launch of the unified payment interface (UPI), an initiative of the National Payments Corporation of India (NPCI), to more recently, the launch of the account aggregator, a Reserve Bank of India initiative that allows companies to act as aggregators and provide data empowerment  to consumers, are all initiatives that have been aimed at impacting over a billion people across the country.

“I think everything that we talk about whether Aadhaar or UPI or data is really about reaching everyone. It's not about just for a small fraction of people. Obviously, people who have smartphones have access to this but we want people with feature phones to have access. And frankly, the real people we want to give access to are those who don't own phones,” Nandan says.

And the impact is palpable. More than 1.06 billion Aadhaar cards have been issued in the past six years, with 339 million Aadhar-linked bank accounts. Over 100 million people withdrew money through the Aadhaar-enabled payment system, which is designed and rolled out by NPCI to allow those who don’t own a phone to still be able to open a bank account using their Aadhar e-KYC and draw money in their village just by using their fingerprint.

“So, I think everything that we are designing, we’re designing for the masses,” Nandan adds.

In fact, Nandan co-founded EKstep, which is a non-profit philanthropic initiative, with his wife Rohini Nilekani, and former head of UIDAI Shankar Maruwada, with the aim of gathering partners to set up the entire education infrastructure by reimagining learning opportunities for children.

“That again is to benefit everybody, and the good news we find is that when we talk to different states, many states that see themselves as falling behind are even more eager to catch up. So, I think that's the good news,” Nandan says.

But despite Nandan’s achievements in tech – be it in the private sector as Co-founder of Infosys, in the public sector as Aadhaar architect, and in philanthropy as the co-founder of EkStep – he is quick to credit his partners and mentors for his success, and just as quick to rubbish the title that many have accorded him: the CTO of India.

“No, I don't think anyone is CTO. All of us are contributing. I am not the only person behind this. When you look behind this whole thing, there are some amazing people who have made tremendous contributions,” he says.

He cites Infosys Co-founder Narayana Murthy, engineer and policymaker Sam Pitroda, and Microsoft Founder Bill Gates as the people who have inspired him, while noting the contributions of those who worked with him in setting up the digital infrastructure of India, including names like Pramod Varma, Chief Architect of Aadhaar and India Stack, Vivek Raghavan, Chief Product Manager and Biometric Architect at UIDAI, Sanjay Jain, previously Aadhaar's chief product manager, Shrikanth Nadhamuni, previously Aadhaar’s head of technology, and iSpirit volunteers like Siddharth Shetty, Tanuj Pojwani, and Nikhil Kumar.

Going forward, Nandan believes the account aggregator, Aadhaar, and the payments system – all of which represent homegrown innovations – can be taken global, with the potential to become “…India’s big contribution for digital public good to the rest of the world.”

“These are, as you know, really digital public goods, and there's tremendous interest in all these three. For example, on identity, digital identity is now a global topic of discussion, and there’s a group in the World Bank and at least 20 countries that are looking at some kind of digital identity programme. So that has taken root,” Nandan says.

In addition, there's an open source platform called MOSIP that is being built in IIT-Bangalore to develop an Aadhaar-like database for Morocco. Similarly, payments is also garnering a lot of interest from many countries, with several governors of large central banks expressing an interest in establishing a similar digital unified payments interface in their own countries, says Nandan.

“And account aggregator is such a new idea that people can't even fathom what this whole idea and environment will be like. But I'm very convinced that once people see the power of online aggregators, many countries would like to adopt the same. So absolutely, these are being designed in India but they can be used in the world,” Nandan adds.

And yet, for this accomplished Padma Bhushan awardee, who has twice been listed among TIME Magazine’s 100 most influential people in the world, his “…big dream is how to, in our lifetimes, make a material difference to the billion people of this country.”

Looking back at his life and work so far, Nandan, who proclaims he’s an eternal optimist – especially after he read that optimists live longer than pessimists – says he feels fortunate to have had the opportunities he had to make a difference to the lives of millions across India.

“I think I'm really blessed that I got a chance to do all this. There are not too many people who worked in the private sector and in the government space, and I had the chance to do both. So, I am really thoroughly enjoying it.”

How starting up in 80s wasn't the same as today, Nandan Nilekani shares his thoughts