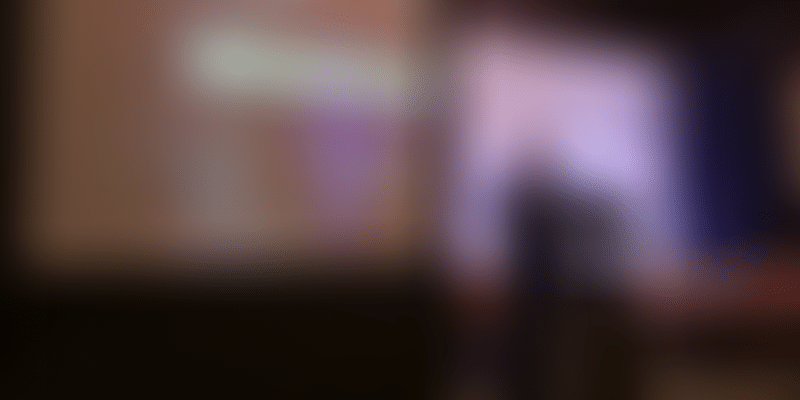 The new infrastructure, an account aggregator (AA) platform promises to give users full control over how their data will be used.

While the world battles issues centering around data privacy and consent, the Account Aggregator will allow both individuals and businesses to share their financial data in digital form with third parties in a safe manner.

The new infrastructure, an account aggregator (AA) platform promises to give users full control over how their data will be used, including the right to revoke their consent for use at any time.

At a well-attended event in rain-soaked Mumbai earlier today, Nilekani – often called India’s CTO – spoke in detail about the new public digital infrastructure. Sahamati is the result of a collaboration between four major financial regulators: Reserve Bank of India (RBI), Securities and Exchanges Board of India (SEBI), Insurance Regulatory and Development Agency (IRDA) and Provident Fund Regulatory and Development Agency (PFRDA), who came together to allow regulated entities under their control to share data with user consent.

Nilekani, who was appointed Chairman of a high-level committee on digital payments by the Union government, emphasised that AAs were not allowed to see, store, or sell the data, only collect and transfer it. It is all done through APIs.

“The consent itself is programmable. (As a user) you can stipulate how your data can be used – just once, or that it will expire in a week. It is designed to be used by a billion-plus people and 11 million businesses for their GST. This is real-time consented sharing of financial information.”

In 2016, the central bank had approved a new class of non-banking financial companies (NBFCs) to act as AAs. These aggregators are meant to provide services (retrieving, consolidating, and delivering financial information of an individual or business and sharing it with a third party) based on the explicit consent of the user.

The concept of AAs (aka ‘consent brokers’) – was conceived by the regulators at the level of the Financial Stability and Development Council, of which all the regulators are members.

A catalyst for financial inclusion

If it is implemented the way its creators have envisioned, Account Aggregator can be a real catalyst for real financial inclusion (to an extent kick-started by the JAM trinity of Jan Dhan, Aadhaar, and Mobile) in India. It can bring about a revolution, not just in lending, but also wealth management and financial planning in the coming years, because people will be able to control who accesses their data and for how long. Right now, this data is held in silos, across different financial institutions like banks, lenders, NBFCs, etc.

As Nilekani put it,

“This is about empowering individuals to have access to their own data - at scale. That's really the power of the idea.”

A global first for India, Nilekani described Account Aggregator as “seminal” because it is designed for scale. But more importantly, how can this digital footprint be used to help people to advance and improve their lives? To get better healthcare, better education, and better loans.

“The architecture of this is actually industry-agnostic...over time, the same architecture can be used for health and health records, skills, and education,” he emphasised.

“This can even help first-time mobile users get credit based on their usage patterns and their re-charge patterns. Most of the world’s conversations around data are defensive – how do you protect user data? Here we are going one step further. Our agenda is to see how to use data to empower users," Nilekani said.

In the long run, it is intended to make credit accessible to people who may not have been part of the credit ecosystem and help them become part of the formal financial system.

The next phase of growth that has to be driven by the rapid adoption of Account Aggregator is lending that is not based on assets. “This lending is based on…invoices, payments, or receipts, etc. Companies and individuals who are not yet in the formal economy can use their income to get a loan. And this is how we are going to have financial inclusion because you won’t need assets to get a loan. The benefits of joining the formal economy – access to credit at an affordable price – is an incentive to join the system,” he added.

The goal is incentive-based and not threat-based financial inclusion until a virtuous cycle is formed. And as the quality of data improves, so will lenders’ understanding of risk in the new paradigm.

Madhabi Puri Buch, whole time member of SEBI, said she was a fan of the AA ecosystem because, on the one hand, it would democratise data and on the other, humanise transactions.

“Homeland Security in the US issued a list of 10 things you should do if you get taken hostage. One of those top 10 things was humanise yourself by sharing data about yourself to your captor. That's to me is powerful because what that means is that even in a situation as adverse as being taken hostage, your personal data can make the difference between life and death.”

Talking about technology-driven inflection points in India’s history, Buch talked about how dematerialisation (de-mat) revolutionised the way cheque-clearing happened in India. Another was the launch of online-share-trading, the stock market equivalent of the ‘sachetisation’ that FMCG majors were implementing in rural India.

“You could buy one share of Infosys, and you could buy it on an online trading platform,” she pointed out, to applause from the audience.

“What we see in the securities market that could potentially create lift-off using the AA ecosystem is the whole concept of making services that have so far have been reserved for the well-heeled, (also available) to every citizen of our country. We can leverage (technologies like) machine learning to help us deliver inclusion at the scale, deliver services that are available to less than 0.5 percent of the country’s population, to every single citizen in the country.”

Weeding out bias in technology

Buch admitted that there are risks within technologies as well – that machine learning and artificial intelligence, which are great for fostering diversity and inclusion, also tend to have an inherent bias in themselves.

“Either the data that is going is itself biased, or that the algorithms being built have a certain bias built into them. So that is a risk we must be very conscious of as we build out this ecosystem: how do we eliminate bias from the data and bias from the development of the artificial intelligence and the algorithms…so that what we finally deliver to every citizen of the country the promise that the AAs hold out – is truly unbiased.”

Another first for India

And as Nilekani put it, “Globally, most countries are thinking of data protection, there are very few countries that have built a data empowerment architecture. Thanks to AA and the other digital infrastructure that we have built, India will become a leader in empowering individuals and small businesses with their own data.”