In the time of economic slowdown, how PSEs are funding startups to power growth 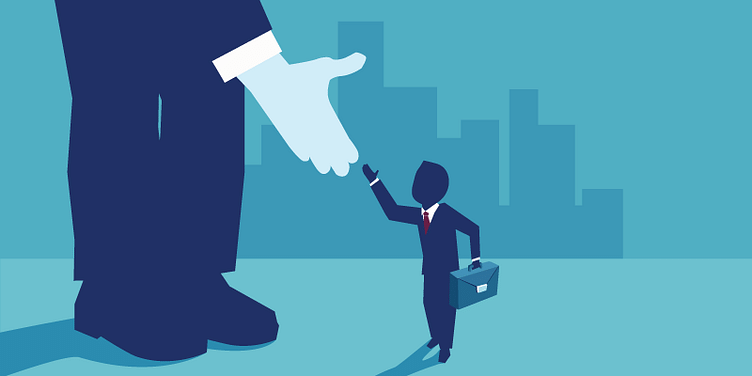 Since Independence, public sector enterprises (PSEs) have played a key role in steering the Indian economy in the right direction. As India forayed into economic planning and industrialisation, PSEs also played an important role in ramping up the growth apart from generating employment, capital formation, and generating income.

Now, almost 70 years later, they are again writing the same story with the economy slowing down. But this time, they are not just the drivers, but are hand-holding and investing in startups that have the potential to rev up the growth engine.

An emerging economy is on the growth curve when it fires from all cylinders. But when there is an economic slowdown, it is time for the policy planners to look towards new cylinders – disruptive startups – to turbo-charge the economic engines.

These agile and disruptive startups have the potential to contribute to the growth of the economy even when it seems to be slipping back, especially at a time when the government is targeting a $5 trillion economy by 2024.

Startups get Rs 1.3K Cr funding boost from govt in the first half of 2019, expect more from upc...

This is one of the reasons why the government, especially under the Modi regime, has been prepping and encouraging the Startup India scheme. And rallying behind the government in this bid are several PSEs.

Five years ago, PSEs backing startups was unheard of. But now, with startups being the new kid on the block, PSEs with a long legacy and deep pockets are hand-holding these startups, which are looking for both funds and expertise.

While it is difficult to prove which PSE pioneered this PSE-startup tango, several are already involved in funding and guiding Indian startups.

In 2016, ONGC set up a Rs 100 crore dedicated startup fund and invested in a few startups, including Planys Technologies Private Limited and String Bio Private Limited. And BPCL’s startup initiative, ‘Project Ankur’, was started in 2017.

As per BPCL’s 2018-19 annual report, Project Ankur aims to develop a supportive ecosystem that nurtures entrepreneurship in the country by backing innovative ideas/concepts that have the potential to grow into promising startups and create a multiplier effect on the entire ecosystem. BPCL has allocated Rs 25 crore as part of the initial funding, which will be distributed as grants to the deserving applicants.

The company also said in the report:

“One reason for PSUs investing in startups is that the opportunities for investments today are limited. Startups could be a very useful investment portfolio, at least for banks and financial institutions.”

Manoranjan also said that PSEs hand-holding startups is now a government policy, and that is also one of the reasons why we see many PSEs shedding their reluctance to deal with budding enterprises.

Not only Maharatnas, two Navratnas -- Hindustan Aeronautics Limited (HAL) and Bharat Electronics Limited (BEL) -- have together set up a new technology innovation fund for defence aerospace, which is aimed to prop up startups in the defence sector. The genesis of the fund could be traced back to former Defence Minister Manohar Parrikar, who had announced a defence innovation fund with an initial contribution from HAL and BEL, while inaugurating the 11th Aero India show in 2017.

The government also approved a scheme of Defence Innovation Fund in 2017, which was implemented through a ‘not for profit’ company called Defence Innovation Organization (DIO), with an authorised share capital of Rs 100 crore. The HAL Board, in its 417th meeting held on July 30, 2018, had accorded approval for the release of Rs 50 crore to DIO towards initial corpus fund in the form of grant-in-aid in a staggered manner. Accordingly, Rs 5 crore was released to DIO in the month of August 2018.

With technologies like robotics, artificial intelligence (AI), drones, and advanced cyber security tools gathering steam, these defence PSUs will further scout for more startups in the defence sector that have the potential to contribute to the defence industry.

However, these PSEs are not just funding and guiding startups. Of late, they have also made special schemes to allow and encourage startups to participate in supplies for PSE’s procurements. BEL, HAL, and National Hydroelectric Power Corp (NHPC) are some of the PSEs that are already practising and procuring from startups.

V Balakrishnan, Chairman of Exfinity Venture Partners, sees the dalliance between PSEs and startups as something both to ward off competition and incorporate their new technologies into their legacy system.

“Large enterprises and financial institutions are under pressure from new-age business models, but they cannot do much because it is challenging to alter their core technology systems. The only way forward for them is to start digital business on the periphery, and for that they will have to work with innovative startups who are adept in these technologies,” he added.

When it comes to government banks dealing with startups, one can only get reminded of how the development banks in the past were financing capital-intensive sectors like infrastructure. They have also made sure that funds for startups by way of equity and debt are readily available.

Public sector banks (PSBs) like State Bank of India (SBI), National Bank for Agriculture and Rural Development (Nabard), and Small Industries Development Bank of India (Sidbi) have also been actively getting involved with direct and indirect funding of startups.

For example, Neev Fund has raised capital commitment from the SBI, Department of International Development (DFID), a Government of United Kingdom undertaking, and SIDBI as the contributors of the fund, and from SBICAP Ventures Limited (SVL) as its sponsor. SVL is a wholly-owned subsidiary of SBI Capital Markets Limited.

Neev Fund boasts of having some of the famous startups as part of its portfolio companies, including Milk Mantra, Crystal Logistics (Cool Chain), and others. It also contributes through the Indian Angel Network Fund by making more number of investments of smaller ticket size.

In order to provide focused venture capital for investments in agriculture and rural infrastructure related startups, Nabard floated NABVENTURES early this year to back startups.

In its annual report, it said that it will shortly launch Nab Ventures Fund I, a Sebi-registered alternate investment fund (AIF), with a target corpus of Rs 500 crore. The focus area of the fund will include agriculture, biotech, climate resilient agriculture, food processing, storage and logistics, rural development and rural businesses, etc.

Nabard also invests in AIFs or venture capital funds to facilitate investments to promote technological innovations and technology dissemination in agriculture and rural development sectors. Its commitment to AIFs has resulted in investments to the tune of Rs 886 crore in 41 portfolio companies that will have direct or indirect impact on agriculture and rural development, said the 2018-19 Nabard annual report.

It added that some of its noteworthy innovations brought about by portfolio companies include solar-operated micro-cold storage and solar dryers, bio-stimulants from seaweed, retort food, ragi flakes, waste management, renewable energy, etc.

Experts predict that with PSUs joining the startup party, it is only going to help bolster the Indian startup ecosystem. These investments by domestic investors will not only act as a stimulus for the many sectors but also help create more value for the country, apart from helping building and retaining critical and advanced technology inside the country.