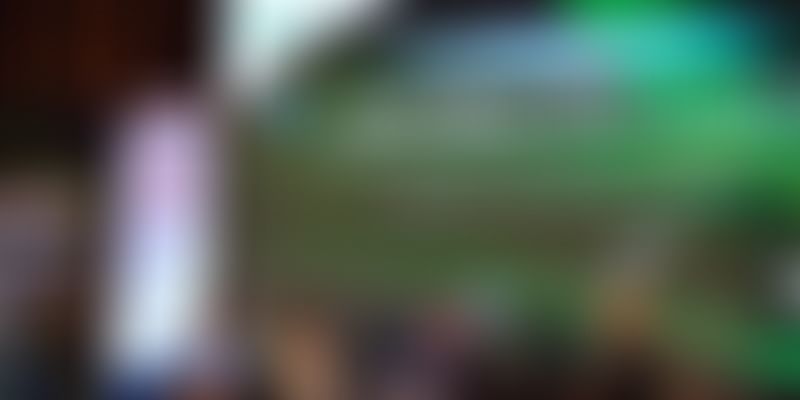 By the end of 2020, most Indian space-tech startups will enter the commercial market and deliver to both domestic and international customers. To understand the various perspectives and factor YourStory spoke to some key stakeholders and startups at IESA’s sixth-edition of Deftronics

Space-tech is the latest buzzword in the tech world. Venturing into space has become the newest objective for many countries and corporates as they develop their own technology to send satellites and human beings into the unknown.

Recently, the whole world witnessed the journey of Chandrayaan 2, India’s second lunar mission to the South Pole of the Moon. Though the mission did not end quite as planned by the Indian Space Research Organisation (ISRO), the world applauded the efforts made by the Indian scientists.

"Space, as a new frontier, is attracting the attention of a large number of entrepreneurs from across the world. Today, companies are sending cargos to the International Space Station and very soon, plan to send humans to planetary bodies", A S Kiran Kumar, former Director, ISRO said, at the sixth edition of Deftronics and second edition of Spacetronics India Electronics and Semiconductor Association (IESA).

The two-day event, which concluded on September 20, focussed on the importance and the need for integrating electronics into defence and space-based applications. The event, organised by IESA, also focussed on the contribution and the role of space-tech startups in the Indian space ecosystem.

The future of the Indian space economy

Speaking to YourStory on how the Indian space ecosystem will shape in the coming years, V P Venkitakrishnan, Director, CPBO, ISRO said,

“We must work to make India a manufacturing hub as we're now capable of delivering things at a lower cost. Also, this will continue for some more years. India has a large population, where people would seek jobs and are willing to do innovative things at a cost-effective price. If this trend continues, then we can innovate and manufacture at a much lesser cost.”

Building small launch vehicles in India is very cost-effective, as one can build it at one-third the cost of what it takes to build the same in the United States. Venkitakrishnan says it is not the material that is expensive in foreign countries but the knowledge. Hence, India needs to be more knowledgeable, he suggests.

The emergence of Indian space-tech startups

The global space market is worth $330 billion and there are 4,000+ satellites in the space currently. As per a report published by Euroconsult, by 2027, the number of satellites is expected to rise to 7,000 in Earth’s orbit.

Only a handful of startups have ventured into the commercial marketplace with their space-based applications. Global players like Elon Musk’s SpaceX and Jeff Bezos’ Blue Origin are some examples.

Yashas Karnam, Co-founder, Bellatrix Aerospace, who is planning to deliver low-cost electrical satellite propulsions to its domestic and global clients by the end of 2020, said,

“Though we are a startup, it becomes very critical as we are building something on our own and taking care of all the systems, starting from mechanical to electrical. Everything here with us, the space-tech startups has to be qualified as per the space standards to cater to the need of our customers.”

These space-tech startups are also looking for some initial support in the hardware sector from the government. Prasad (HL) Bhat, Chairman and CTO, Astrome Technologies, said,

“The cost of developing small prototype hardware is quite high. Also, in terms of selling the product on global scales, the prices vary to a great extent. There is a need for handholding and some initial support and schemes that would help us to scale big.”

Another important prospect to look into is understanding customers and their needs. The space-tech startups are focussing on the same, by building specific solutions that cater to the specific needs of individual customers.

According to Prasad, the startups need to figure out areas which are not yet served and generate revenues from the same.