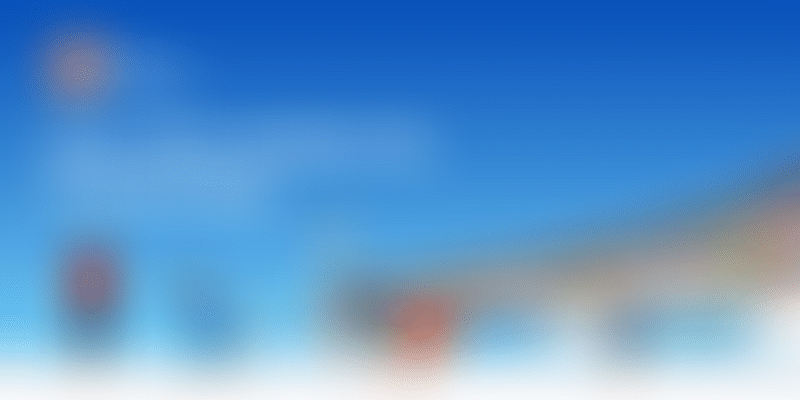 Roanuz, a Chennai-based sports tech startup, was founded in 2012. But, since IPL 2018, its growth has been nothing short of remarkable. Here’s why.

In 2012, he merged both his interests and founded Roanuz, a sports tech startup that builds AI-based products.

When the Chennai-based company began operations, AI wasn’t much of the catchphrase it is today. Although cricket was enormously popular in the country, it — and Indian sports in general — was devoid of technological disruption.

“Tech-wise, cricket was far from other global sports. There was no data at all. The market had great players like Cricinfo and Cricbuzz, but it was just proprietary data owned by them,” Anto tells YourStory.

This dearth of sports data became the foundation stone for Roanuz.

Anto wanted to make the most of advanced AI technologies to not only generate swathes of sports data, but also make it readily available in a fast, “developer-friendly” format to companies. This would, in turn, create new business models and generate revenue.

“Initially, it was a challenge to convince people that data had huge potential and could play a strategic role in the development of the game,” the founder-CEO explains.

“But, when we launched Cricket API in 2015, things started changing,” he says.

This also coincided with an overall sectoral growth. According to sports ecosystem tracker SportsTechX, over 63 percent of currently operational sports tech companies in India have been around since 2015, “which is clearly more than the European average and shows an intense movement in the market”.

Roanuz’s Cricket API is a "state-of-the-art" product that offers developers the building blocks for cricket apps and websites, live stats, score predictors, fantasy league management systems, and so on.

One of Cricket API’s first customers was Kings XI Punjab (an IPL franchise). More associations with SportsKeeda, Opera Browser, and multiple news/fan websites followed. “Between 2015 and 2018, we were mostly building the brand and creating a demand for sports data,” Anto says.

“Our core product was delivering data and user analytics to startups and business enterprises, and delivering it fast,” he adds.

Then, in April 2018, coinciding with the IPL, Roanuz rolled out its Cricket Chatbot API. The market had evolved by then, conversational AI was gaining ground, and chatbots were the flavour of the season.

The chatbot, which provides NLP-powered stats and answers in the form of conversational text, led to a 200 percent growth in Roanuz’s profits, claims the company.

It provides contextual answers via text and voice and takes just 300 milliseconds to respond. “The chatbot API has established the possibilities of what companies can build with our system," Anto says.

The bot has tracked over 1.2 billion balls so far, and has assisted conversations on platforms like Xiaomi, Freecharge, YuppTV, Opera, Yatra.com, Sportskeeda, Royal Challengers Bangalore, and several others.

In the last 12 to 15 months, the API has helped Roanuz onboard major clients such as Amazon Echo, Zomato, BookMyShow, and a bunch of fantasy sports platforms, including Mobile Premier League (MPL), Halaplay, MyTeam11, Fantasy Power11, etc.

“Over 90 percent of fantasy apps and websites are using our APIs. The costs incurred by these companies to build their platforms has dropped by 3X at least,” Anto claims.

Roanuz follows the AWS pricing model. Customers pay for the services they use  and API plans range from Rs 5,000 to a few lakhs per month.

Another of its customers, Royal Challengers Bangalore, used the Cricket API for a fan engagement app that delivered real-time scores through push notifications, and also gave fans live updates about key RCB players.

The startup plans to double its profits in the next one to two years. Along with Cricket APIs, it offers a Kabbadi API and a newly launched Football Fantasy API to drive deeper fan engagement.

Anto says, “Our vision is to become a global sports data provider. We think we have the power to do it. A few American clients are already using our products.”

While opportunities abound in the global sports tech market, which is estimated to be worth $10.3 billion by 2024, India faces some unique challenges. The market’s asymmetrical dependence on a single sport - cricket - can be crippling at times.

Anto explains, “IPL has a monopoly over the ecosystem. But it takes up only two months. How do you sustain fan engagement for the rest of the year? There are so many restrictions on Indian cricketers when it comes to participation in global leagues. They can’t play in Australia’s Big Bash, for example. Most customers are affected because engagement drops.”

Hence, Roanuz is increasing its focus on football, kabaddi, and volleyball. “Interest in other sports is improving, yes, but it’s not enough,” he says.

In cricket, meanwhile, there is a rising demand for multi-language APIs.

With fantasy gaming platforms increasingly drawing users from Tier II and III towns, “this is a feature commonly asked for,” Anto says, “At some stage, we’ll need to look at investments to build these out.”

For now, Roanuz is running on its founder’s finances and scoring pretty well.