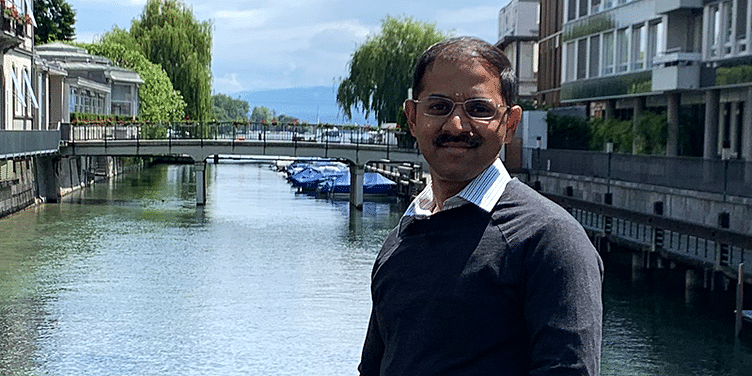 Param Network has created a technology platform based on blockchain technology, which can reduce the complexity of handling invoices while also ensuring there is trust and transparency in the entire process.

Studies have shown that it costs around $11-$15 to enable the complete processing of a single invoice, putting tremendous pressure on the finance department of any organisation.

A Bengaluru and Singapore-based blockchain startup, Param Network aims to address this issue by bringing down this cost by over 60 percent through its technology platform.

Param Network founded by Vaideeswaran Sethuraman has been in a stealth mode for the last two years developing its blockchain-based technology platform focused on the invoice segment and is now confident to take it to the broader market.

While doing a study on digital receipts at Stanford University, Vaideeswaran understood the opportunity of using blockchain technology for a commercial transaction like invoices.

“Large enterprises which manage their invoices do about 90 percent of this work manually. This leads to higher cost for any organisation and the situation turns complex when it has to engage with third party organisations. For example, a large enterprise that gets invoices from 30 different partners or vendors is difficult to manage,” says Vaideeswaran.

The problem is not just with processing the invoice but obtaining multiple approvals from various departments within the organisation, while also dealing with other organisations outside.

“There is no technology today where three to four companies can collaborate together. We have built a platform based on blockchain technology where one can exchange invoices simultaneously without using the manual scan,” he explains.

Sharing of invoices is just one part of the problem as the larger issue is how to verify the authenticity of the document. In a conventional organisation, any invoice will have to get approvals from various departments like logistics, operations, quality control, etc even as it communicates with the third-party vendor.

The Param founder claims that existing technologies are built for a single workflow process but a blockchain platform allows for heterogenous activity. The startup also spent considerable time over the last two years to build a certain standard in their platform to provide that comfort for everybody that the invoice document shared is genuine and most importantly, the entire transaction is secure.

According to Vaideeswaran, Param’s blockchain technology platform brings in multiple advantages: eliminates the use of paper and also allows sharing of invoices electronically on a real time basis with a digital signature. Digital signature is very critical as it enables the entire transaction to be secure while sharing the document.

“Blockchain creates a very secure environment despite being a peer-to-peer technology platform which is quite public,” he says.

It also creates an audit trail, which ensures there is no link broken in the entire process. Vaideeswaran says that today Param’s blockchain platform can bring down the cost of handling the entire process of invoicing to around $3-$4.

Bootstrapped with some angel funding, Param is looking at extending the benefits of blockchain technology from finance to commerce.

Param’s platform also enables easy integration with any technology system already in place within the organisation.

Param customers include an automobile company, a bank, a travel firm, and a BPO organisation. However, it’s not all about cost. The technology can also be used to deliver various kinds of products and services.

“Today, invoice-based financing mechanism is still in its infancy in the country and such a platform can enable banks to have access to data that is trustworthy and secure,” says Vaideeswaran.

It allows banks to decide which invoices are weak or strong and accordingly decide on what they would like to finance.

Param’s business model is not the typical software as a service (SaaS) system, it’s a little more complicated, according to the founder. Its revenue is largely measured on the traffic that goes into the network.

Given that the technology is still in its early days, Param’s aim is to create more awareness among enterprises on the benefits of using blockchain.

“Typically, the IT team in an organisation does not recognise the problem but the finance setup understands it,” says Vaideeswaran.

As Param looks to garner a greater number of customers in India, it is also looking to expand to the North American and European markets in the near future.

In terms of any direct competition, the founder claims there are no companies with blockchain technology focused on the invoice segment. However, there are startups which provide certain basic automation services for invoices.

Vaideeswaran, a hardcore techie, with experience in leading teams in organisations such as Texas Instruments and AMD, has always been an entrepreneur at heart. Param is his second venture and his first startup Divum Corporate Services, a mobile application development setup, is a little more than a decade old.

How can Blockchain Help Your Business Gain a Competitive Advantage?