How can Blockchain Help Your Business Gain a Competitive Advantage?

Though most assume that the benefits associated with blockchain are limited to cryptocurrency alone, this technology is the key driver of change in many industries. It’s touted as the foundation stone for numerous new developments. Startups are now focussing on providing blockchain-based solutions. More importantly, they are promoting platforms to foster development, growth, and technical incorporation.

Many trendsetting corporations such as JP Morgan Chase, Microsoft, IBM, Amazon, and Accenture have already started taking blockchain seriously. They are aiming at implementing innovative ideas by creating further use cases for the technology.

As companies are transferring to the digital medium, they are all fighting for the same space. Blockchain is radically transforming traditional business models in countless ways. More importantly, it’s opening gateways for gaining a competitive advantage. This is the driving force that keeps organizations ahead of the competition.

Why are companies considering blockchain?

According to cbinsights.com, businesses are expected to spend $2.9B on blockchain technology, up almost 90% from 2018. Blockchain has by far surpassed its introductory phase in the world of crypto and online banking.

Ultimately, it is now paving the road of change. There are various reasons why many entrepreneurs are adopting blockchain technology.

1. It has an excellent scope for opportunities.

Companies are already researching and adopting this technology. Blockchain has the most capabilities to make an impact across the entire spectrum of the marketplace.

Those that take the initiative to engage with blockchain now will shape the future of the industry, just like Xerox revolutionized the document management industry back in the day. They become the leaders and set the rules for everyone else.

As with any new technology, waiting too long to get on board will only place you behind others who have already taken the leap of faith. Finding how blockchain fits into your strategy today can give you the power to redefine the rules- in your favor. Remember, progress and profit go hand in hand.

A lot of businesses, startups, and tech firms are investing time and money in the blockchain space. Consider the example of Autocoincars in this case. It is a platform that allows the buying and selling of vehicles to facilitate users to trade in cryptocurrencies.

When so much effort is siphoned into the emerging technology, it’s evident that we are on the verge of something phenomenal, just like the time when computers and the internet evolved.

4. It’s an additional source of capital.

Startups often encounter hiccups when raising funds for their projects. While banks have a lengthy list of requirements and venture capitalists may not find your idea interesting, blockchain has a pool of resources to offer.

Initiatives and startups are using blockchain as a means of offering ICOs. By introducing their own cryptocurrency, tokens can be exchanged for commodities and services all over the world. The technology backing the digital currency will carry the startup into the mainstream. Consider, for instance, how a chat platform, Kik, raised over $100M via an ICO for its in-app currency.

What are the advantages of blockchain?

Though we’ve all heard them before, a quick review at the moment will do more good than harm.

Blockchains are a distributed database. No single entity controls the information. Users can opt to remain anonymous.

Hands down, this is a more secure record-keeping system. Once a transaction is entered, the records cannot be altered. Furthermore, transactions must be approved before they are encrypted and linked to the previous one. Access is granted only to those individuals that have permission. This prevents fraud and unauthorized activities. And since the data is stored across a network of computers, it’s difficult for hackers to compromise security.

Information is shared and therefore more transparent. Since all participants have access to the same document, changes can only be made through consensus. Thus, data is deemed more accurate and consistent on the blockchain.

Traditional processes are time-consuming and prone to human error. However, blockchain facilitates automation and streamlining operations. Therefore, transactions are completed faster and more efficiently. Moreover, since everyone has access to the same information, proceedings can be finalized quicker.

The decentralized platform utilizes time-stamping to ensure data is traceable. The historical transaction data is available for authorized users. That is why there is greater trust in the authenticity of the information.

According to Accenture, blockchain technology could reduce infrastructure costs for eight of the world’s ten largest investment banks by almost 30%.

For any business to remain competitive, containing and managing expenses is a crucial aspect. Since blockchain is based on computational logic, algorithms and rules can automatically trigger specified transactions. The technology obliterates the need for third parties or a middleman, and there is no need to review or verify data. The cost evidently decreases.

Where is Blockchain being used today?

It’s not only financial institutions or IT firms that are utilizing blockchain. Some well-known companies also believe in the power of blockchain technology. Here are examples of how it’s helping their business today:

●    Walmart- The decentralized system protects data from being altered.

These are just a few examples. And this is by no means a comprehensive list. In fact, it is just the tip of the iceberg.

How can you gain a competitive advantage?

As blockchain is becoming more acceptable, here are some ways it will help you get ahead of the competition:

Blockchain is only the beginning of the next automation revolution. With the combined effects of AI, the sky’s the limit. Automating tasks will cut down on costs and boost productivity. It looks like you already have the core ingredients for a competitive advantage.

The more payment options you offer your customers, the chances of success are higher. And as various cryptocurrencies are becoming more common, this is what the future is all about.

With the absence of intermediaries, there will be fewer fees involved with each transaction.

Smart contracts are the latest buzzword for online businesses. Blockchains offer a simple automated solution for the creation and execution of legal agreements. The lack of human intervention helps speed up processes.

As many already know through ecommerce, speed is of the essence. Sales through the decentralized blockchain are comparatively faster than traditional systems. Regardless of volume, there is no compromise in speed- or security.

It’s true that blockchain is still in the experimental stages of development. And as with any new technology, it will have to overcome several initial hurdles as it grows. However, there is no denying the tremendous potential that the technology has to offer.

Yes, we all can identify that blockchain has great applications across several industries. It has several revolutionary features that can extend multiple benefits to those who have the ambition to harness it. And even if all the details haven’t been worked out just yet, many companies believe that it can help them gain a competitive advantage.

As more and more companies begin to realize blockchain’s potential, various industries are considering the privileges of blockchain more seriously.

But more importantly, are you getting in on the action? 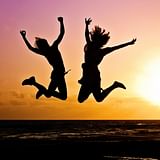 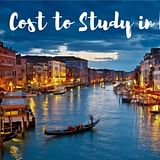 How much does it cost to study in Italy?