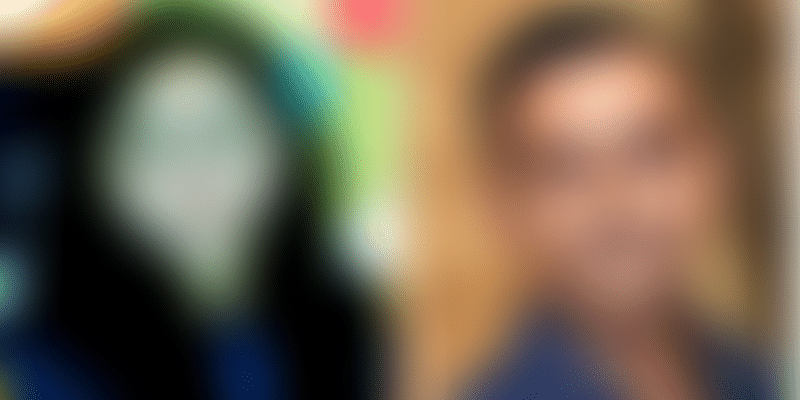 In times when artificial intelligence, robotics, and virtual reality are making their presence felt in every sector, these five startups are using technology to mix entertainment with education.

Slow and steady for sure, but entrepreneurs closer to home have set the ball rolling for the Indian edutainment market.

If the various market reports are any indication, at the moment, this sector accounts for a whopping $6 billion market share. And this vertical is only bound to grow from here, thanks to a renewed interest from a host of innovative domestic startups that have taken upon themselves to blur the lines between “education and entertainment.”

But as new-age as it might sound, edutainment is not an entirely novel concept. It has existed as part of oral tradition, in the form of fables and parables for ages, driving home key values and lessons to young learners. Only with time, these mediums have been taken over by tech tools, replacing traditional pedagogical techniques with gamified apps and storytelling with an interactive experience.

At the heart of this segment, though, the idea remains the same: To make learning seamless by engaging students and young learners – mostly aged 12 and below – in fun and immersive experiences through the means of smartphones and other internet-connected devices, virtual reality-powered tools, and other gamified digital learning content.

Here’s a look at five such Indian startups who are bridging the gap between education and entertainment in India:

That quality tech has penetrated deeper into the pockets of India 2.0 – or Bharat – when compared to quality education and good educational infrastructure shouldn’t come as a surprise. But what should indeed raise concern is how little thought is put into the curation of edutainment content for the youngest consumers in India, aged six and below.

Mumbai-based Ontamo Entertainment, which is dedicated to creating original, monetisable intellectual properties for all age groups across multiple channels, understood this concern and developed a premier product called Ria Rabbit. It is, as the company claims, India’s first age-appropriate, culturally relevant home-grown intellectual property for children in the age group of zero to six years.

“Since young minds are especially impressionable, it is imperative to ensure that children are exposed to age appropriate content,” Prashant Pinge, Co-founder and CEO of Ontamo Entertainment tells YourStory, adding, “The core idea is to offer an engaging and organic paradigm that captures the attention of our young audience while inculcating within them a passion for learning.”

Contrary to conventional belief, gaming has been proven to work as a positive reinforcement in the learning process. Not only does it make the entire process more engaging but also boosts cognitive development in people, especially children.

This idea, having received validation from various researchers, has over time fuelled many a business prospect, one of them being children-focussed edutainment studio Paper Boat Apps. The bootstrapped startup, founded in 2013 by husband-wife duo Anupam and Anshu Dhanuka, works towards building world-class edutainment apps for preschool kids. Their flagship product is the Kiddopia app, which offers a wide array of interactive games and activities that help foster self-expression, cognitive development, and social-emotional learning.

Such has been the popularity of this model that Kiddopia currently boasts more than 2.5 million downloads globally with over one lakh active subscribers.

Why restrict the benefits of edutaiment to maths and sciences, when it can be used to create a deeper and long-lasting impact on young minds and raise awareness about the environment? With this in mind, husband-wife duo Veda and Brian Dean – the founders of Panda & Wolf Holding – created a mobile gaming app for children between the age of six and 11 to create an awareness about the environmental crisis across the world.

Through an engaging storyline and immersive stages, the app – which has even received the patronage of UNESCO – informs young users about issues plaguing the environment like deforestation, waste pollution, and overconsumption.

“We wanted to explain what pollution really is or how saving the environment or waste sorting can be done in a way that makes it interesting for kids, and more importantly, educates them,” says the founding duo. “This mix of gamification and game-based learning in eco-warriors has proven to be effective when one wants to educate kids, and for us it is a better way to align technology and edutainment,” say Veda and Brian.

“Learning is driven by both intrinsic and extrinsic motivational methods. Just providing quality digital content ensures learning for only those kids who are intrinsically motivated to study,” says Jairaj Bhattacharya, Founder and CEO of ConveGenius. “Kids who prefer playing, watching TV, and fun over learning have to be extrinsically motivated,” he adds.

His ideas are reflected in his entrepreneurial endeavour as well. His edutainment startup, ConveGenius, launched in 2014, is creating pedagogical techniques and content that are entertaining, have inherent educational value, and incentivise kids to learn so as to have more fun.

The idea is to create an ecosystem that is designed to educate children by bringing in elements of fun, entertainment and associated rewards, simultaneously. And to do so, the startup aggregates content of all the best players in the market and makes it available in the right sequence and right manner.

For Mumbai-born Sukhada Tendulkar, bittersweet memories of childhood served as a major inspiration when she embarked on the entrepreneurial path. Her aim was to create something that would leverage life-like simulations of the digital world to take children on virtual tours of varied concepts. The result was Shirsa Labs - a quality digital platform for kids aged between five and 15 years with which they can play and get entertained while learning in an organic way.

Their offerings include Planet of GUI, which is a goal-oriented virtual world for kids with videos, games, and worksheets, NewsPIK, a digital newspaper for children, and also a B2B product to instill creativity in schools’ curricula.