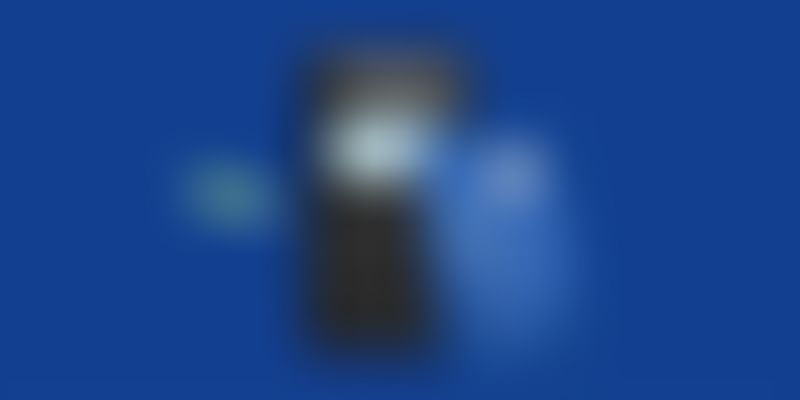 ePaisa began with a POS payments solution for offline merchants, but is now rolling out new products for small businesses of all types. Here’s how it plans to sign up 100,000 small merchants in two years.

ePaisa started in 2012 when mobile-based point-of-sale (POS) devices and debit/credit card acceptance among small merchants in India was almost non-existent. Often, small merchants had to refuse customers because they lacked the resources to accept certain modes of payment.

The Mumbai-based startup set out to amend that.

It developed a device-agnostic application that allowed SMEs to process card payments with just a few taps on a smartphone or tablet. The ePaisa app also enabled them to distribute digital gift cards/coupons to customers, and earn additional revenue.

In 2015, the startup launched its own POS device and bundled other services with it. This included a proprietary payment solution, a barcode scanner, printer, and email functionality. The integrated POS platform catered to all types of small businesses, mostly offline, from kiranas to local pharmacies.

Growth surged in the next three to four years.

Between 2016 and 2019, ePaisa signed up about 5,000 small merchants, mainly from Tier II and III towns. More than 2,500 of these have already adopted the POS device, while the rest are being converted.

The platform processes more than 6,000 daily transactions, and claims to have grown its topline 80 percent since 2015. Most of its merchant base is spread in rural and semi-urban towns of Gujarat, Maharashtra, UP, and Bihar.

“For the thousands of merchants to whom we provide services, we are a single source of managing their business transactions. Our merchants range from simple traders, who are only interested in accepting debit and credit card payments, to grocery stores, doctors, health centres, garments stores, and local supermarkets.”

The startup says that it has “consciously” stayed away from large merchants. Its focus has always been the small and micro merchants who are making the “change from paper to digital” in India’s non-urban locations.

“Our solution is simple and secure, and helps bridge the connectivity gap because the payments processed are credited directly to the merchant’s bank accounts,” says Pravinkumar Bhandari, Chief Business Officer at ePaisa.

The startup has embarked upon an audacious growth plan. By 2022, it intends to enroll 100,000 merchants and grow daily transactions by 10X.

To achieve this, ePaisa has just rolled out two new products - RetailOS and eatOS.

“We’ve evolved and are now launching multiple products that will help SMEs with the same tools as the big businesses use. This will let them increase their profitability and efficiency,” Shahin explains.

The solutions evidently go beyond conventional fintech, and are targeted at furthering ePaisa’s vision of becoming a POS “powerhouse”.

RetailOS is a fully integrated retail operating system with features such as inventory management, enterprise and employee management, outlet management, payments, customer loyalty programmes, and a cloud-based dashboard for order-tracking and analytics.

“We want to contribute to the entire ecosystem, and help small businesses make the right decisions at the point of sale.”

EatOS is complementary to RetailOS, but focused on the restaurant business.

It is a one-stop food service and restaurant management suite designed for easier management of ordering, guests, staff, accounting, and menu management.

“EatOS will help restaurants of all sizes, especially the small ones, which are not catered to by existing players in the market. We see it as the future of food service technology,” COO Shahin states.

EatOS also has an offline transaction mode that will allow businesses to operate even when the internet is slow or down. The software will automatically queue debit/credit card payments until the connection is re-established.

Both RetailOS and EatOS would be offered on a subscription-based model and the merchants have to pay on a single usage/multi usage basis.

Operations, funding, and the POS landscape

While ePaisa is evolving from a mere payments solution into an omnichannel POS platform for SMEs, it continues to be bootstrapped.

All investments over the last seven years have been from internal cash accruals, founders, friends, and family.

The startup, however, claims that it is “cash flow positive”.

“We have been approached by multiple global and national funds and have resisted the temptation of outside money,” Shahin reveals, adding, “We wanted to fulfill our vision of building a world-class product first. Since that is done now, we are actively in talks with a few investors who are looking at our exponential growth prospects.”

By 2022, India is expected to have about 20 million small and medium businesses, and the overall POS terminals market is poised to reach $725 million. ePaisa, which competes with Ezetap, MSwipe, Paramotor, and others, believes that analytics-driven customer management will drive the sector.

The startup also shares that it is in talks with Ola, Uber, and even local taxi and auto unions. Given the large number of cash payments that still take place in the transportation sector, ePaisa has a huge pie to dig into.

Shahin signs off by saying, “We will always have a customer-centric product, which is value for money, stable, and functional.”