Watch: From Flipkart's Kalyan Krishnamurthy to Kunal Shah of Cred, life lessons from startups - the week that was 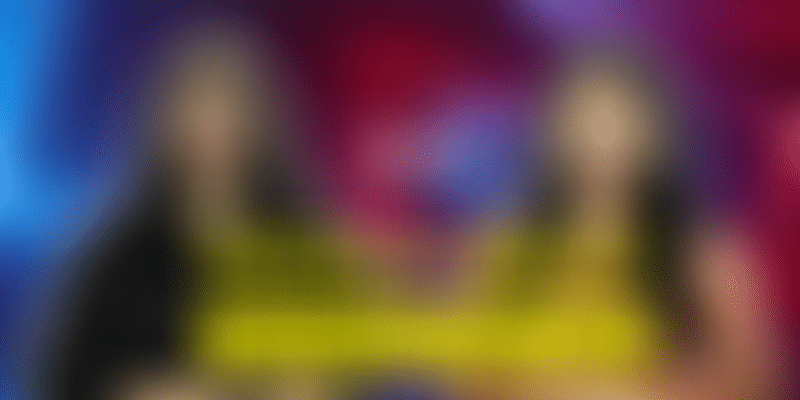 This week, at the 10th edition of TechSparks, YourStory's flagship event, we spoke to Kalyan Krishnamurthy of Flipkart who announced that his ‘big dream’ was to take the ecommerce giant to an IPO.

Kalyan Krishnamurthy, the man at the helm of ecommerce giant Flipkart, maybe the Chief Executive Officer of the company, but in his mind, the key role of a CEO is being an enabler, or more precisely the Chief Enabling Officer.

During a rapid-fire at a fireside chat with YourStory Founder and CEO Shradha Sharma, the investor-turned-executive announced that his ‘big dream’ was to take the ecommerce giant to an IPO, or what he called ‘a real exit’, in three years.

From Kalyan, we move on to Kunal Shah, Founder and CEO of Cred, who is considered direct and in the face when it comes to all things startup.

The internet is your permanent record. And what you post online not only affects you and your immediate circle of people  but can also affect an entrepreneur’s quest for funding, Kunal said, as he delivered the closing keynote at TechSparks 2019.

The entrepreneur and investor broke down what VCs want, the secret to funding, and what startups must not do. "It (investing) is a very hard job. It is very easy to be on the other side and say 'what kind of companies are investors picking' because, in our eyes, our company is the best," Kunal added.

Over the years, he has invested in a lot of startups and has also spent some time at Y Combinator and Sequoia. The key to raising funds, Kunal says, is to understand what the other party wants - just like one has to do in a relationship.

"We often confuse what people want and end up doing our thing, hoping that somebody will pay attention or probably will give us money, but it does not happen because we have not taken the time to understand what they want,” he said. Read his story here.

From two industry stalwarts to our Tech30 report. Here is why we need people who can change the world.

Every year, we proudly present a carefully chosen list of 30 young and promising startups that we believe have the potential to be major disruptors.

With this year’s theme, ‘India 2025: Inclusive, Future-ready, and Intelligence-led’, we believe that this year’s Tech30 companies will enable India to move closer to becoming ready for the future and intelligence-led. Harnessing technologies such as AI, machine learning, data analytics, and blockchain, these 30 companies are looking to solve problems across sectors and disrupt the market with new, innovative ideas.

These top 30 startups were selected from around 2,500 applications. They were chosen by a jury comprising veterans from the startup ecosystem, and YourStory's team of senior editorial and research staff. The verdict was based on multiple factors, including the potential impact of technology, the team, adoption and traction, scalability, addressable market, and revenue model. Read the story here.

Meet Tyler Crowley, the man behind the world’s ‘unicorn factory’, who lives off the grid now

Tyler Crowley lives mostly off the grid on a remote island in Thailand. He believes the same technology that has been instrumental in all the advancements we see in our lives today will bring about a “steep decline” in human lives in the not-so-distant future.

He is credited as being the force behind Stockholm becoming the startup capital of Europe and the ‘unicorn factory’ of the world (Sweden’s capital city is home to the third-highest unicorns per capita). He is also the man behind STHLM TECH MEETUP, Europe's largest monthly startup event, and STHLM TECH FEST, Scandinavia's largest annual startup event.

Speaking to YourStory, Tyler talks about his origins, his journey from Los Angeles to Stockholm to now living off an island on the other end of the globe. He also speaks about the impact Indians are making globally in the startup ecosystem, and if he would be willing to partner with the Indian government to strengthen the local startup ecosystem. Read his story here.

Today, at Lambda, she heads all the engineering and coding efforts. Her focus is building technology to scale growth the institution is seeing and to support efforts in market expansion.

The beginnings of Namrata’s coding and tech journey was far removed from the US education sector. With her love for technology blooming in the late 90s, Namrata started out in Indian fintech and payment fields.

“Growing up in Mumbai, I hailed from a middle-class family. We didn’t even have a TV at home, so a computer was completely out of the question. It was during that time that I read a newspaper article on Microsoft and the launch of Windows 98. It intrigued me to read up more about computers, and Bill Gate’s vision of bringing a desktop to every home resonated with me,” says Namrata. Read her inspiring story here.

And how can we forget a startup in our weekly wrap ?

Anmol Kukreja, a guitarist, realised a few years ago that he was unable to find a platform to display his talent. This led him to found Skillbox, a Gurugram-based startup that connects artists with the right opportunities.

“The live event market in India is highly fragmented with no platform or service that provides a one-stop solution for seamless services. Artists have various requirements, from publicity to landing the right gigs, technical needs, and monetisation and legal issues, among others. On the other side, businesses are faced with the challenge of discovering and connecting with bona fide and talented artists. As a result, the entire process is non-transparent, cumbersome, and inefficient. This is where Skillbox steps in,” Anmol, CEO and Co-Founder of Skillbox said, which was founded along with Ravi Pardhi in 2016.

The startup helps artists – including musicians, bands, DJs, producers, session artists, photographers, designers, and sketch artists – to connect with enthusiasts and businesses. Skillbox serves as a platform that addresses all the needs of an artist, whether established or upcoming. Read more here.

That’s a wrap, have a great weekend!