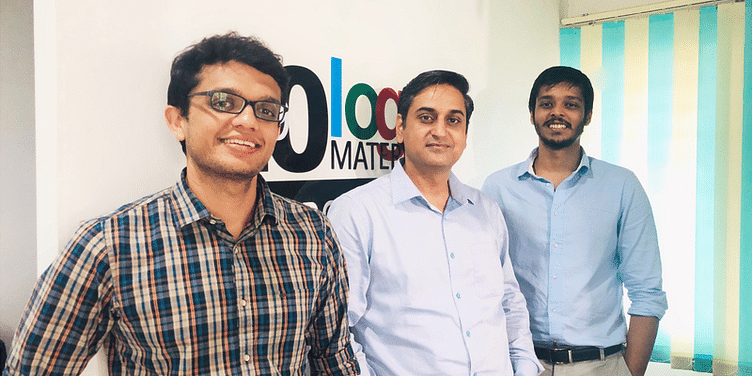 This is the third round of equity funding raised by Log 9 Materials. The startup will use it for product advancement and development of aluminium fuel cells.

Bengaluru-based cleantech startup Log 9 Materials, on Monday, said that it has raised $3.5 million as a part of its Series A round, led by Sequoia India's scale up programme Surge and Exfinity Venture Partners.

Started in April 2015 by Akshay Singhal, Kartik Hajela, and Pankaj Sharma, Log 9 Materials is a nanotechnology company that aims to revolutionise the energy sector with an innovative zero emission, low-cost aluminium-air fuel cell.

The newly raised funds will be used by the startup for further product development and commercial and industrial deployment of its aluminium fuel cells — a project in the clean energy domain that the startup has undertaken since last year.

The aluminium fuel cell technology is being developed by Log 9 for both stationary and automotive applications, where ‘graphene’ is being used to make these cells commercially viable as well as economical and sustainable for the domestic and international markets.

Previously, the company had raised seed funding in March 2017, followed by Pre-Series A funding of around Rs 3 crore (around half a million) in 2018.

The startup is also a part of the second batch of Sequoia’s accelerator programme Surge.

“We will be using the funding to propel development and deployment of our flagship project on aluminium-air fuel cells, which is currently in the optimisation stage. Our endeavour will be to accelerate modifications in the product development cycle so as to create a commercially viable product for both electric vehicles (EV) as well as stationary applications, and we are confident of rolling it out in the market in the next 18 to 24 months.”

Akshay also added that the ultimate objective is to transition towards an aluminium-based cleaner energy economy that will shift dependence from crude oil and fossil fuels for energy generation and storage.

The startup states that its aluminium-fuel cells have the potential to revolutionise the clean energy, electric mobility, and transport sectors in India and across the globe. It is a primary energy generation technology similar to a hydrogen fuel cell, but more economical, safer, and scalable.

“Log 9 is building the future of energy. Their tech can help us harness aluminium and will result in a 100 percent recyclable energy future that is safe, free of distribution calamities risk, and generates zero waste - and hence, fully sustainable. The possible adoption of an aluminium economy that could greatly alleviate the current climate change problems that beset us today is a future that Log 9 is looking to enable."

This type of fuel cell has already been successfully tested by the startup internally in an EV running on a refuelling mechanism (with aluminium and water as the fuel).

With further research and optimisation, the startup believes that this technology will provide a better, more efficient, and sustainable energy solution for EVs of the future, as opposed to conventional lithium-based batteries.

"Most companies approach the battery problems of range anxiety, cost and charging time from a battery management standpoint. Log 9 is different in the sense that they have approached the problem from a material science perspective. Given that the government also has the ambition to introduce EV as the mainstream mobility solution, Log 9 will accelerate the country’s transition to the EV world.”

At present, it holds 16 patents in graphene synthesis and graphene-based products.