From Hisar to San Francisco, this investor has charted his own course in the world of technology and entrepreneurship 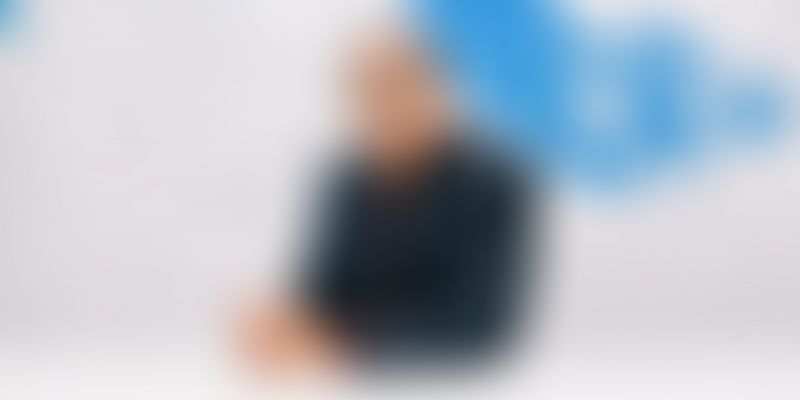 In a conversation with YourStory, Ashish Aggarwal, Principal, Grishin Robotics, speaks about how he grew up playing computer games in Hisar and went on to succeed as a techie, entrepreneur, and investor in the Valley.

For close to a decade now, Ashish Aggarwal has been working in Silicon Valley. A Principal at Grishin Robotics, an early-stage VC firm based out of San Francisco, Ashish has had a diverse career in engineering, marketing, and technology.

But the man who helps invest in interesting ideas also had an early stint as an entrepreneur.

An engineer from RV College of Engineering, Bengaluru, Ashish had, in 2009, started a venture called Click2Deals, an Indian version of Groupon.

The venture may have tanked, but it gave Ashish his first lesson in entrepreneurship. “There were three engineers trying to build a product. Having a diverse founding team always helps; you understand various skills you need to build a company. If everyone is an engineer, who is going to take care of building the product, sales, business development, and building strategy,” Ashish asks.

Hailing from Hisar, a small town in Haryana, Ashish grew up in a middle-class family. He says his childhood was normal, adding that he learnt several values and responsibilities from his family.

“I was lucky enough to have access to a computer. Back in 1989-1990, my father had taken a loan to start a desktop publishing business. I had access to Pentium 286, and grew up playing games and learning programming languages. In hindsight, that had a big impact,” he says.

“I learnt the value of hard work from my father. He was always working from 6 am till midnight, all seven days of the week. And my mother taught me the value of patience; she was always helping people and the community. She taught me something early on: you can always be privileged in the worst possible situations. It is about situations and how you frame that situation in your mind.”

Ashish spent his first 18 years at Hisar, but his for computers led him to choose computer science engineering and move to Bengaluru’s RV College of Engineering.

“Those four years were the formation years for my becoming an engineer. Since I wanted to give back to the community I became a part of Rotaract Club and few other community programmes, drives, and campaigns. My internship at Yahoo also helped,” Ashish recalls.

Investor's take: the making of the ShareChat story and the way forward

Ashish went on to join Yahoo full time after his internship and quickly rose up the ranks. He was part of Yahoo’s ad-tech platform and built dev-ops tools and large-scale datacenter infrastructure, in 2006. He spent a lot of time between India and the US during his first four years with the company.

“I learnt a lot about Chinese culture and people and corporates like Alibaba and Tencent way back in 2010. It was then that a few friends and I had the idea of Click Studios. But it was difficult to scale it and raise capital,” Ashish says.

Aware that he needed more skills, he moved to the US for his MBA and worked on a dual degree programme at the Kellogg School of Management at Northwestern University in 2011.

For these two years, he interned at OCA Ventures, a VC firm in Chicago, in 2012 and soon realised that this was something he would like to do.

“It was a really good fit for my inquisitive nature; combining deep tech experience and working with entrepreneurs to figure out if an idea could become a large company. I started doing a lot of projects with large companies, and focused on problems these large companies were facing and problem solving during my business school days. I worked with Western Union, Virgin Airlines, and Microsoft. It helped me understand that the type of problems these companies were facing at the top management level were similar,” Ashish says.

It was then that he accepted a role at Dell in Austin, Texas, to understand more about marketing and finance in 2013. He worked on consumer marketing for one year and enterprise marketing for the second year.

“I learnt a lot about Martech, the marketing technology that Dell was using to combine the different data sets they had in running their campaigns,” Ashish recalls.

It was during this time that Ashish would also work with and mentor entrepreneurs, VC firms, and accelerators in the Valley. He also helped several international companies on how to build companies, raise capital, and realised that he wanted to work in the Valley.

He joined Opera Software in 2015 and learnt all about building product strategy and growth.

He helped with several small investment and VC deals, and, keen to move deeper into early-stage venture capital, met the team at Grishin Robotics in 2017.

“I liked the entrepreneurial DNA of the team and joined a part of the founding team for the US,” Ashish says.

Grishin Robotics invest primarily in early-stage companies in robotics, hardware, and consumer sector. They invest in digital technologies and the physical world coming together, be it smart homes, fitness, entertainment, or foodtech.

As part of the founding team Ashish tries to understand the dynamics of the management team, how well the founders know each other, and whether they can work well together.

"Running a company is a challenging experience and it puts a lot of strain on the founders physically, mentally, and in ways hard to explain. It is important to understand the level of experience and if they have worked together in similar challenging situations,” Ashish says.

He also tries to understand if the company can be successful and how big it can be.

Ashish likes developing frameworks to help evaluate startups in deep tech and robotics as “it helps me in developing a better sense of the technology adoption curves”.

“One of the frameworks that I use is what I call Decision Impact Framework, the number of decisions being made on the Y-axis versus cost of making a wrong decision on the X-axis. For instance, Facebook would be on the upper left-hand side corner as Facebook makes millions of decisions per second for each user, but the cost of showing a wrong ad is almost nothing,” he says.

Large numbers of decisions coupled with the cost of making a wrong decision being high usually result in a longer adoption timeframe, which must be factored into investing decisions.

“I also apply the technical feasibility framework and labour market dynamics such as the supply, demand, and costs of human labour to understand the key market drivers within a given industry,” Ashish says.

He suggests that founders do their homework on investors.

“Every investor in every fund is so different and I know that because it sounds easier said than done. But today there are several platforms and resources where you can get the idea of the stage and people involved and what sectors they like. Spending time on funds that are fit for you can be helpful,” Ashish says.