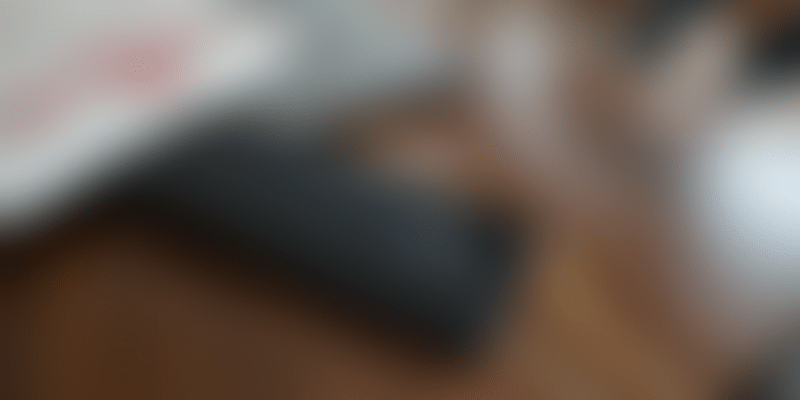 For a sub-40,000 device, the Oppo Reno might be a hard sell, but some aspects stand out, especially in the design and camera departments.

The Oppo Reno 10x Zoom, which launched earlier this year, exudes style and class and is among the best-designed phones this year. That design ethos has been passed on to its younger sibling, the Oppo Reno 2.

The Reno 2 is a well-rounded smartphone with a quad-camera system and upgraded internals. The smartphone is going up against the likes of OnePlus 7T, Redmi K20 Pro, and several others.

But, does design — apart from the quad-camera setup — set the Reno 2 apart from the competition? I spent a few weeks using the smartphone and have been almost impressed.

The Reno 2 is an eye-catching device with great build quality. It is crafted out of aluminium and glass, and the design is an instant standout in a crowded smartphone market. I’ve been stopped a few times by strangers on the road, and they have been curious about the device I was holding.

Let’s take a deep dive into the Reno 2.

Do the specifications matter?

Oppo has focussed on the luxurious design and the quad-camera setup for the Reno 2. Specifications here won’t matter to most as they’ll be picking the device up for its looks and the quality of photos. Nonetheless, a few out there might care about the specifications.

On the rear is a 48-megapixel primary camera (IMX586 sensor with OIS and EIS), a 13-megapixel telephoto lens, an 8-megapixel wide-angle shooter, and a 2-megapixel macro lens. There are 5x hybrid zoom, ultra-dark mode, and an ultra steady video feature too.

On the front is a 16-megapixel selfie snapper (the same shark fin camera is on the Reno 10x Zoom too) with an AI beauty mode. The Reno 2 is not dust or water-resistant but there is a headphone jack. It also has an in-display fingerprint sensor and runs ColorOS 6 based on Android 9 Pie.

Oozing style and a great display

Oppo has taken the best of the Reno 10x Zoom and brought it over to the Reno 2. The design is a standout in the crowded smartphone market.

It has a vibrant and notch-less full-screen display on the front. Coming in at 6.55 inches, the Dynamic AMOLED looks sharp and offers a large enough canvas for those long binge-watching sessions. Viewing angles and colour contrast on the Reno 2 is fantastic, with a peak brightness level of 800 nits. It has a 20:9 aspect ratio and has the best-in-class Gorilla Glass 6, for protection.

The back of the phone is where Oppo has paid a lot of attention to. There is a small bump on the back - same as on the Reno 10x Zoom - to prevent the camera from coming in contact with any surface area when the smartphone is not being held.

The device might feel a tad slippery with its curved edges but, the bundle back cover with leatherette material is an excellent inclusion in the box. The weight distribution is far better on the Reno 2 than on the Reno 10x Zoom. The latter felt a little too heavy while the former fits just fine in the hand.

What is most impressive

What impressed me the most about the Reno 2 is that Oppo has managed to take the aspects that people care about, and has packed in a smaller, lighter, and cheaper unit.

Apart from the design, the camera is its most exciting feature. We tested it for a few weeks, and here’s what we found:

For day-light photography, the Reno 2 stands out among the plethora of smartphones in the under Rs 40,000 range. The Reno 2’s main lens provides good, but unspectacular, photos in daylight, does a great job with macro photography and provides above-average shots in the night mode. While it can’t match the Reno 10x Zoom in quality, it is still a very capable camera.

It’s when one chooses to ‘zoom’ in on the objects that the Reno 2 falls short. While the Reno 10x Zoom was great at loss-less zoom, the Reno 2 isn’t.

The night mode has improved with some software updates. Still, it is miles behind from Google’s Pixel smartphones, Huawei’s P30 Pro, and the iPhone 11 range.

But, portrait shots are one area where the Reno 2 scores over the Reno 10x Zoom. The photos came out clean and sharp. The shark-fin selfie shooter is great for its price range. In low-light conditions, however, it resulted in less than stellar shots, some of which were also blurry.

Everything else that matters

While I was impressed with the design and quad-camera setup, I wasn’t too enthused with the other aspects of the Reno 2.

The performance and battery life were strictly on par with the Reno 10x Zoom, and sometimes not as good. Even though the processing power has gotten a boost, it doesn’t really show in daily usage.

Battery life also didn’t show any significant improvement. The 4,000 mAh battery has slightly less capacity than the Reno 10x Zoom’s 4,065 mAh battery. Both smartphones give a solid day of usage with enough charge left to carry over into the morning.

The catch is, Oppo is positioning the Reno 2 as a ‘premium device' - with pricing close to that of the Reno 10x Zoom - but it’s missing out on some key features. There’s no wireless charging, no water-proofing and dust resistance, no stereo speakers, and the haptic engine is worse than on the Reno 10x Zoom.

What you do get in return is a headphone jack, which matters to a lot of consumers. I’m on ‘team wireless’, but at least, the consumer has a choice.

The operating system, ColorOS 6, is a huge improvement over previous versions but, still lags behind most custom Android skins of other manufacturers. There are a lot of pre-installed apps that can be removed. Nonetheless, ColorOS never gets in the way of the phone’s performance like the FuntouchOS (Vivo’s Android skin) does.

The only area where the Reno 2 scores over the OnePlus 7T is in the camera department. Even the K20 Pro from Xiaomi, priced at Rs 28,999, is a nifty little device that runs the Reno 2 close in most departments.

The Reno 2 is also similarly priced with the Reno 10x Zoom (Rs 39,999). The latter is a much easier recommendation despite it being a heavy smartphone.

Once the Reno 2 gets discounted (which it inevitably will) to below Rs 30,000, it will be a fantastic mid-range recommendation. Until then, you could wait!