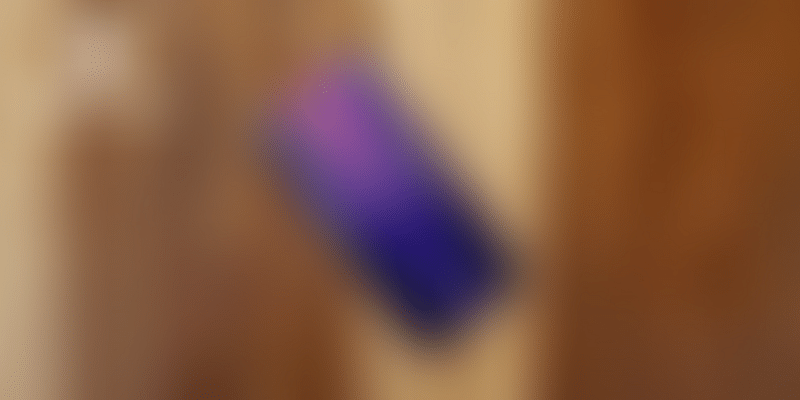 The Vivo Z1x sits in the middle of the pack. The ‘Z’ series from Vivo was targeted at Generation Z and is an online-only series.

Another day, yet another Vivo smartphone hits the market. Each year, companies are redefining what the mid-range and budget segments of the smartphone industry look like, and 2019 has been no different.

The Z1x sits in the middle of the pack. The ‘Z’ series from Vivo was targeted at Generation Z and is an online-only series.

The Vivo Z1x comes with a 6.38-inch FHD+ Super AMOLED display and is powered by Qualcomm’s Snapdragon 712 AI processor. There is a 4,500 mAh battery on the hood that supports 22.5W fast charging.

The device runs on FuntouchOS 9, which is based on Android 9 Pie. It comes with 6GB of RAM and is paired either with 64GB or 128GB of storage.

The Z1x is being pitched as a powerhouse of a performer, with ‘x’ standing for ‘extreme’. While on most counts that is true, when compared to its predecessor, the problem is with the look and feel of the phone.

While the Z1 Pro looked and felt classy and had a firm grip, the Z1x somehow felt very flimsy. The screen protector that comes with the Z1x got scratches instantly, and the back of the smartphone racked up a number of smudges that had to be constantly wiped off.

In terms of performance, Z1x is almost identical to the Z1 Pro and that by no means is a bad thing. The 6GB RAM along with Qualcomm’s 712 AI processor makes sure that the device is no slouch when it comes to multitasking. I was pleasantly surprised with the daily performance of the smartphone.

Enough to last a day

While the Z1x’s 4,500 mAh battery is a step down from the Z1 Pro’s 5,000 mAh battery, there was hardly any difference in daily usage. The Z1x easily lasted one day of medium-to-heavy usage. Vivo touted its FlashCharge technology that can charge the smartphone in quicker time. Its tagline, “5 minutes of charge gives you 3 hours of talktime” is largely true. Unless of course, one is on their last five percent of charge.

The biggest change between Z1 Pro and Z1x would be the migration from the micro-USB port to a type-C charger. With Xiaomi’s Redmi 8A (a budget phone retailing for less than Rs 10,000) managing to have a type-C charger in such an affordable package, every smartphone manufacturer should follow suit. I’m glad that Vivo has taken care of its customer demand.

Oppo (Vivo’s sister brand) has vastly improved its Colour OS Android skin on the latest Reno devices. But, Vivo has not done anything to overhaul its own FuntouchOS Android skin. Customers would have been much more inclined to buy a Vivo smartphone if there was a better software experience.

The entire look and feel of FuntouchOS is copied from Apple’s iOS but the implementation seems bloated. It is not a fun experience. It lags at times, the gestures aren’t as good as those on a OnePlus device, and daily tasks seem like a chore for the OS.

Most importantly, there is no app drawer, which means all hundreds of your apps are stuck in reams on pages on the home screen. The animations too impede the user experience.

Gaming: an area where the Z1x excels

Playing games like Asphalt or PUBG on the Z1x make for a wonderful experience once you swap the pre-installed screen protector.

The 6.38-inch Super AMOLED display that packs in over 400 pixels per inch, provides a fantastic gaming experience with almost no lag. There are close to no frame drops and the phone rarely gets too hot to handle even after many hours of gaming.

The triple-camera setup on the rear of the Z1x clicks decent photos. The details aren’t sharp even though the colour reproduction is accurate. In daylight shots, it comes out with good-looking photos, but lacks the extra sharpness one has come to expect of modern smartphones. In low-light photography, the Z1x really struggles even while using the included night mode.

The 48-megapixel shots are no different than the default 12-megapixel shots. One can zoom in with a 48-megapixel resolution shot but all the details are lost. The photo just comes out blurry. The ultra-wide sensor comes in handy at times and produces photos with good colours but on the whole, the implementation is nothing to write home about.

In general, I’m not a fan of ultra-wide cameras because of their poor implementation by most manufacturers. The resolution is lower, they don’t have image stabilisation, and they definitely aren’t good for taking photos of people when the smartphone is close enough to the subject.

On the flipside, selfies on the Z1x come out looking natural and preserve a lot of the details in the photo. Vivo has always been a selfie-focused company and that doesn’t change with the Z1x.

The Realme XT starts at Rs 15,999 and with its 64-megapixel camera and performance on par with other smartphones in this price segment, the brand has completely shaken up the market. Vivo and others should be worried.

Even Samsung’s M30s is a good option in this price range. It comes with a 6,000 mAh battery that just refuses to empty out.

In a nutshell, Z1x is a good recommendation for a smartphone under Rs 20,000, but it isn’t the first device that comes to your mind in this bracket.

Latest 5 Travel Technology Gadgets That Every Traveller Will Love