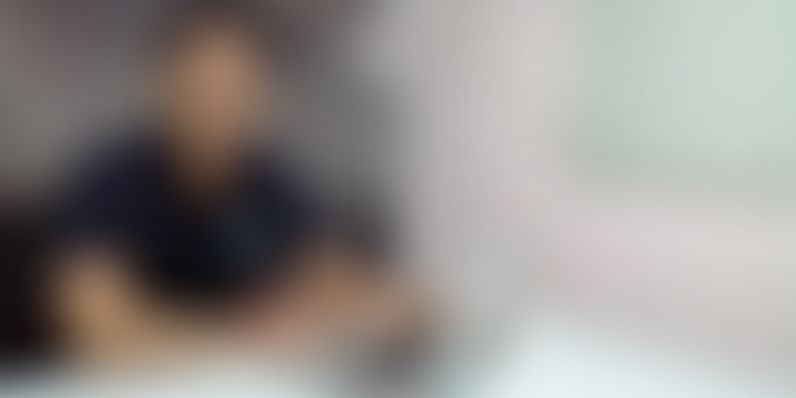 As an antidote to this modern-day dichotomy, Ajit Nayak (38) and Jay Manchanda (36) founded Tagteen in 2017. Their startup platform looks to enable the Indian youth in leveraging the internet and social media to bag the right opportunities.

Ajit, CEO, points out that young boys and girls in India today are in constant fear of using social media and are in danger of getting victimised for sharing their opinions.

According to him, there are possibly two reasons why social media users, globally, are suffering rampant cyber bullying across platforms. He says,

“Firstly, most companies are either not aware that there is such as a thing as a verification system or they are too hesitant to put one in place as it may be a hindrance to acquiring users. Secondly, people are more prone to commit nuisance when they know there’s no one preventing them from doing so. Most users and machines create fake accounts just because they can and they are allowed to and the rest do it with the intent of causing harm to others. This leads to fake likes, comments, trolling, fraud, fake stardom, etc.”

The main mission of Tagteen is to connect teenagers in the country and bring them under one roof as emergent internets users seeking freedom of expression and the right opportunities.

The startup is currently based out of Brahmapur in Odisha, but is in the process of shifting base to Bengaluru.

Why social media matters in 2019 and beyond?

“There’s no dedicated platform for young Indians where they can connect with like-minded people of their age, voice their opinions without fear or judgement, own and showcase their talents, get placed and grab internships and scholarships, and be guided through entertaining and informative articles ⁠— all which will groom them early on in their lives.”

Through its android mobile application, Tagteen looks to create an exclusive community for young people, where they can have their own world, perform, be praised and rewarded, be understood and loved, be supported and promoted, be guided and helped, and be encouraged and not judged. In essence, they are trying to facilitate a sense of belonging for every young Indian, says the team.

The startup’s exclusive platform is targeted at Indians in the age group of 13 to 23. Every user, or ‘tagteener’, is manually verified over phone and also via WhatsApp, before being registered on the platform and provided with support for their social, talents, knowledge, and employment needs.

The seven-member team believes the platform’s USPs lie in the exclusive market segment it serves and their commitment to support and promote that segment.

“Our unique and mandatory manual verification system makes us stand out among everyone else who is busy with just acquiring users. We check the user’s profile picture and ask many questions until we are satisfied that they are who they claim to be. Then we approve their application. The verification also helps us understand the needs of our user and explain to them our product, vision, and mission,” explains Ajit.

“Almost all platforms are open for all and they provide a service of getting users to connect and share with each other, while we go further and beyond to support them along the way. For us, our users are not just phone numbers; we go over and beyond to support them. We are the only platform that aims to provide a complete solution for all the social, talent, employment, and knowledge needs of our young users.”

Meet the man who went from working at railway stalls to building a community platform for NGOs ...

An Indian-born Australian citizen, Ajit graduated from the University of Technology, Sydney, with an MBA in 2007. He formed his first company, Fusion Craft Studios, in 2008 and then went on to work in corporate roles at Vodafone and Audi Australia. He also launched a direct marketing company, Keystone Marketing Solutions, in 2014 in Sydney before starting Tagteen.

Ajit met his co-founder while working at Vodafone Australia. Jay, also an Indian-born Australian citizen, graduated with a business degree from Carrick Higher Education in 2008. He then worked with Vodafone and Apple in Australia till 2012. He too started his first company in Sydney, onlinelight.com.au founded in 2012.

Both Ajit and Jay had similar business experiences and shared a passion for entrepreneurship. However, they had been unable to pursue their entrepreneurial dreams in India due to the lack of a platform, guidance, and opportunities. Ajit recounts,

“Even after so many years, things are still the same. On top of that, the flawed social media system has compounded the issue and restricted opportunities for youngsters. This personal pain point that we shared led us both to leave Australia for India, and Tagteen took birth.”

“We have been growing organically, and the app has already registered 6,000-plus downloads from Google Play and around 1,500 verified users. We have penetrated 50 of the 700 districts in India,” states Ajit.

Currently at pre-revenue stage, the startup plans to generate revenue through three models: pay per view, smartvertising, and strategic partnerships. The first model involves an online TV channel with webshows for teens. With this online content, the team is targetting a revenue strategy of Re 1 per view. The second model will involve ads streamlined for users’ interests as registered by them on the app, while with the third model the team is looking at tie-ups with edtech and offline education providers as well as the government.

Speaking on their projections, Ajit says,

“We are targeting $5 million revenue in two years and also becoming profitable. With our initial traction, we forecast reaching 5 million daily verified active users (DVAUs) by the end of FY21.”

The bootstrapped startup is working on a proprietary algorithm powered by machine learning, which will help students improve their skills and address gaps and also provide corporates with a complete analysis of the candidates they are looking to hire.

Tagteen will be launching a new feature, Placements, with which it aims to provide counselling, recruitment, training, and internships opportunities to its young users.

Ajit shares that they are also working on another feature called CampusLive, which will replace the age-old system of noticeboards on campuses across the country. He explains,

“It will bring all the students of an institution under one roof, where they can share anything with the whole campus – be it about tutorials, selling stuff, music, videos, lectures...anything. It will also allow the college to post notices on behalf of the institute to communicate with students easily.”

[Startup Bharat] How this Kochi-based entrepreneur started a community for independent artists ...