[Startup Bharat] Founders in metros should learn how to manage cash from peers in small towns, says Anil Joshi of Unicorn India Ventures 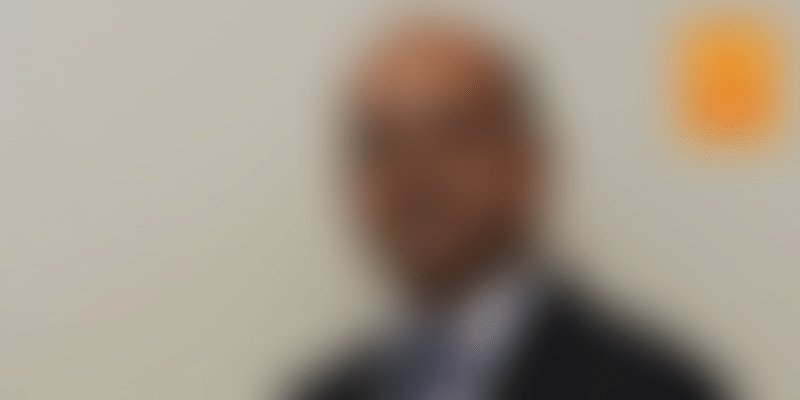 Anil Joshi, MD of Unicorn India Ventures, is of the opinion that entrepreneurs in the small towns are building world-class solutions for local problems and that is why they are able to scale globally.

Last year, it signed a Memorandum of Understanding (MoU) with Kerala Startup Mission and invested in three Kerala-based startups – GenRobotic, SectorQube, and Perfectfit.

YourStory recently caught up with Anil Joshi, Co-founder and Managing Partner of Unicorn India Ventures, to understand what they look for in founders before putting in their money and how startups from Tier II and III cities are different from the ones in metros.

YourStory: How do you think startups in the metros differ from the ones in Tier II and Tier III cities?

Anil Joshi: The biggest learning from the small town startups, especially in Kerala, is that they are solving real life problems. That is the reason why they are able to do business quickly. Entrepreneurs associated with these startups find a local problem, solve it, and then expand globally.

We have invested in GenRobotic which basically automates manual scavenging. They have developed a robot and to our surprise, this startup has been profitable since its inauguration.

We have also invested in Inntot, whose product helps in digitising analogue radios to digital radios. They have served clients in Japan and Korea.

YS: What are the qualities you look for in a team before investing?

AJ: Domain expertise is very important. We try and see the aspiration of the entrepreneur – is he just trying to solve one problem or if his solution is able to solve problems across spectrum. These are the few qualities that we look at cautiously when we are evaluating any startup – whether be it a metro or a small town startup.

YS: Do you prefer a single founder startup to one with multiple founders?

AJ: We have invested in single founder companies, but preferably we try to look at companies which have at least two or three co-founders.

YS: Any particular sector that interests you?

AJ: Fintech is very hot right now. Other than that, we are seeing good traction in healthtech and agritech sectors.

YS: What are the emerging trends in the Indian startup ecosystem?

AJ: We are seeing a lot of solution leveraging digital technology.

AJ: It has always been the other way around.  Founders from Tier II and Tier III cities have looked up to entrepreneurs in the metros.

One important thing that founders from metros can learn from their peers in small towns is the ability to manage cashflow.

All other companies have the revenue which enables them to manage their expenses. Which is very surprising because most of the companies that I’ve seen shutting down is because they ran out of cash. But, our experience in small towns has been that entrepreneurs are able to manage their cash well, they are alive and surviving, irrespective of whether they receive funding. I have seen companies which haven’t raised any money but are growing.

YS: How has your partnership with Kerala startup mission helped you?

AJ: Kerala is probably one state which I wouldn’t hesitate to say that they are number one in the startup space. Their cross-value chain is very pro-startup. They have not only invested in our fund as a fund of fund but, also continuously helped us build a pipeline to look at for investment opportunity.

Apart from that, they actively support startups in fetching orders, help open doors for them and build market not only in Kerala but also outside the state. Overall, Kerala has been the true partner to us.

YS: In July, you announced a new Rs 400 crore B2B fund. Any Kerala startups that you’re looking to invest?

AJ: We are talking to a few of them. Hopefully, when we announce the fund close, you would see some announcement from Kerala as well.

YS: On an average, you make 3.6X return in all your investments. Do you see similar returns from the Kerala startups you invested in?

AJ: To be honest, I believe the Kerala portfolio will do very well for us.

YS: Any other states that you are looking forward to?

AJ: We have investments in Rajasthan, Madhya Pradesh, and West Bengal. We see good quality of startups here and we would be happy to explore other states, provided we get access to good startups there.

[Startup Bharat] How Kerala Startup Mission is working to create an ecosystem from school to en...