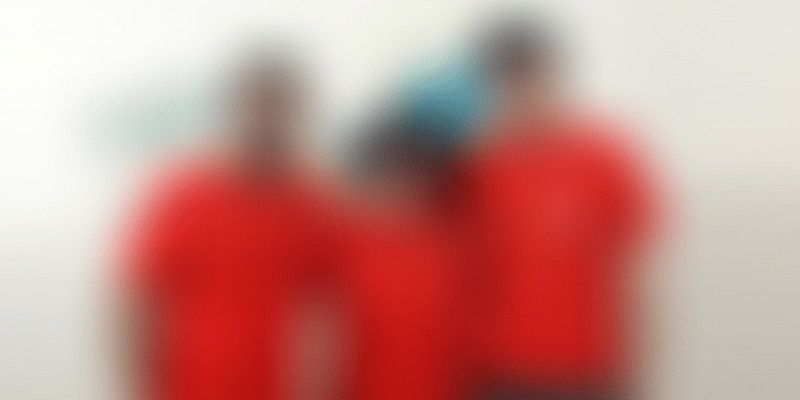 With the rise of digitisation and a decline in readers’ attention spans, news consumption has definitely changed. People are constantly on the lookout for mobile-friendly and easy-to-read content, especially on social media and messaging applications.

However, with the plethora of information out there, users find it difficult to discern the genuine from the fake and get the context of the news.

NewsBytes, a Gurugram-based startup, is striving to address this by providing everyday news in a concise and contextual manner by drawing on the strengths of artificial intelligence (AI). The startup has built a digital platform, as a web portal and a mobile application, which integrates the relevant background information for all the news content.

“Even in the current times, a lot of individuals are not up to date with news and are unaware of the events taking place around the world. This is not because of their unwillingness to read, but due to a lack of complete information in news pieces. Our goal is to ensure that the reader gets a thorough picture of the story within one minute of them launching the app or website.”

Siblings Sumedh and Shikha completed their engineering from different institutes but had a common goal – to start a venture on their own. While Sumedh went to IIT Roorkee and followed it with a postgraduate degree from IIM Ahmedabad, Shikha graduated from NIT Allahabad and then did her Masters from Cornell University in the US.

After gaining a few years of work experience in the corporate sector, the duo decided to call it quits and chart their own path. That was when Sumedh got introduced to Romesh through a common friend. Romesh, who graduated in engineering from IIT Guwahati and has a Masters from the University of Nevada in Las Vegas, is an expert in the fields of hardware and software development.

“Before kicking off NewsBytes, the three of us had established a startup called MyNewsStudio in 2013, which primarily focussed on helping students from B-schools become job-ready,” recollects Sumedh. However, after two years, they pivoted to the content space with NewsBytes after getting inspired by the creative media house Pulse.

Over the last four years, the startup has been working to educate, entertain, and inform people with news that is complete and eliminates the need to launch Google or Wikipedia for additional information after reading it. The stand-out aspect in its model is that all the news is written and curated using an AI engine without any human intervention.

At present, NewsBytes has a team of 32 people, including data scientists, engineers, and content creators. The startup has received funding of about Rs 6.6 crore through two rounds so far led by VC firm Powerhouse Ventures and German publishing house Müller Medien.

“NewsBytes gets most of its revenue from advertising. We also use the recently launched Google Native ads to achieve operational profitability. Apart from this, money flows in from public relations consoles that connect companies directly to users via advertorial and AMA (Ask Me Anything) campaigns.”

He added the company also provides advertorial and data-driven solutions to other firms by selling API licenses to marketers and enabling them to analyse consumer trends.

Leveraging AI to get ahead

The co-founders took a couple of months after starting up to develop an AI engine with the capability to churn out news stories. This effort involved sourcing all the necessary computing resources and deploying scalable neural network algorithms.

“We are the only company in India that is using AI to produce news. We were able to realise this since we built the AI model keeping in mind a very specific need and then narrowing down the use case. The infrastructure we have built contains two parts: natural language processing (NLP) and natural language generation (NLG). While the NLP infrastructure is used to process and decode huge chunks of data, NLG is a programme that helps to produce the written narrative from the processed information. The only area where human intervention is applied is the selection of the topics for news coverage from authentic sources like PTI,” says Sumedh.

NewsBytes has also built content models and synced it with the AI engine to ensure the production of inclusive, quality content. Though the stories are published in English and Hindi at present, the engine is language-agnostic and has the potential to generate news in other regional languages.

Its articles are published both on its website as well as its free android app. The news covered range from business, politics, and sports to entertainment and region-specific stories. All the background details and contextual information to these stories are put together by the AI engine and published alongside.

For instance, a news article highlighting the poor air quality in Delhi is accompanied by statistics on pollution, past records of the air quality in the city, the reasons behind it, and so on.

The organisation churns out over 400 stories a day, which are consumed by around one million people on a daily basis. Some of its competitors are legacy digital media houses like Hoodline, Scroll and the Quint.

The team of NewsBytes is aiming to bring in AI to produce visual content in the near future.

“We are working on creating a model to make videos solely using AI, wherein even the video scripts and voice clips will be produced using it. Besides this, we are also developing an iOS version of the app. Our vision is to be able to write stories in multiple languages and formats using technology in such a way that we become the go-to platform when it comes to news,” says Sumedh.

[Tech30] How Mumbai-based CoutLoot is making it easy for traditional offline businesses to go o...