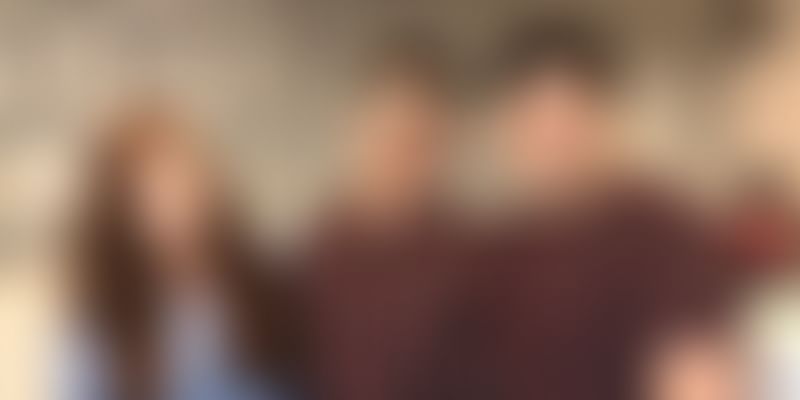 CoutLoot hosts 3,75,000-plus sellers listing over 10 million products on its platform. It streamlines online sales for small retailers, enabling them with facilities such as regional language chat and providing services like logistics, payments, cataloging, and supply chain.

Ever since the rise of ecommerce players—especially biggies like Flipkart and Amazon—offline retailers have taken a huge hit. The plethora of choices and ease of buying that ecommerce facilitates has made it a habit for many.

Added to the inherent benefits of ecommerce is the fact that barriers to the internet are increasingly being lowered, resulting in ever-deepening penetration. In fact, according to a RedSeer report, India’s internet adoption reached 530 million at a run rate of 65 million users per year over the last two years. With more retail players tapping into the growth of the internet, the brick-and-mortar ones have no option but to take to the online channel to continue growing.

“We help these offline players sell online for the first time by automatically cataloging their offline inventory and providing logistics, payment, and reconciliation support.”

Instead of forcing traditional businesses to adopt completely modern practices, CoutLoot’s platform integrates certain offline buyer-seller behaviours. Offline sellers can simply list their products on the platform and sell them after striking a deal with potential customers by bargaining over chat in regional languages.

CoutLoot, an abbreviation of ‘Couture and Loot’, aims at making “style cheap and accessible to all”, explains Jasmeet.

[UpClose] From housewives to entrepreneurs: Vidit Aatrey of Meesho on creating an alternative d...

CoutLoot was founded by Jasmeet (29) along with his two friends from Mumbai University, Mahima Kaul and Vinit Jain,  both 26 years old, in late 2016.

All three of them have a background in the retail sector. Jasmeet had worked on the brand building of Hindustan Unilever’s Pears soap. Mahima had the experience of an associate research analyst in retail measurement services at Nielsen, while Vinit had earlier founded tech startup Technovadors Software Solutions & Services. He brought the added experience in retail from his family business, Dixcy Scott, the offline wholesaler and retailer brand of men’s innerwear.

While the internet was gaining traction in 2016, selling online still involved filling up long forms, submitting hundreds of documents, and dealing with excel sheets. The three founders identified these pain points, both in their individual line of work and in the experiences of a traditional family business.

“We met one evening to catch up and ended up ideating on CoutLoot,” recounts Jasmeet.

CoutLoot started operations in 2017 as a platform focused on sales of second-hand personal products. Sellers could list their second-hand products online for customers.

Bootstrapped with Rs 10 lakh for the first three months, the startup received seed funding of $200,000 from Artha India Ventures, Venture Catalyst, Redcliffe Capital, and Samyakth Capital, in the pilot stage itself.

Over the next eight months of its operations, CoutLoot pivoted its business model to become a social commerce O2O platform. With a current team size of 48, the startup raised $1 million in pre-Series A last year from Chinese unicorn CashBUS, apart from Artha India Ventures and Venture Catalyst.

CoutLoot has an on-ground team, which brings sellers on to the platform. Once on-boarded, sellers are educated about the guidelines, procedures, and packaging details via chat and videos.

The seller is then guided through the process of listing his products on the platform. Sellers can also share these lists via WhatsApp, Facebook, or any other social media platform. Potential buyers can then connect with the seller, either through CoutLoot's Android or iOS or via other messaging apps.

The platform facilitates buyers and sellers to bargain and converse in their respective regional languages. CoutLoot has an in-house language translator that enables users to chat in 12 different languages. Once a deal is struck, CoutLoot’s delivery partner visits the seller’s shop and checks the product for quality; the buyer then packs the product for shipping.

The startup has partnered with 15 different delivery partners, including Delhivery, Gati, India Post, and DHL. It also offers meet-and-buy options to buyers and sellers who reside in the same cities.

Once the delivery is done, the buyer gets 72 hours to raise any concerns regarding the product. CoutLoot then transfers the payment, after deducting a commission.

“This enables sellers to deal with more inventory since there is a steady cash flow,” Jasmeet says.

Sellers also pay a commission to CoutLoot, depending on how fast they are able to sell their products. If the seller is able to sell a product within 24 hours of listing it, CoutLoot charges a five percent commission. The rate goes up to seven percent and 10 percent, if the seller is able to sell within 72 hours and after seven days of listing, respectively, the entrepreneur explains. “This motivates sellers to share their listings via WhatsApp or Facebook and speed up sales.”

Advertisements on the platform are another revenue stream for CoutLoot. The revenue ratio from commission and ads stands at 85 to 15. “Our year-on-year revenue has grown over 400 percent,” Jasmeet says.

CoutLoot is targeting offline sellers and buyers in Tier II, III, and IV cities; only 23 percent of its sellers are from the metros. So far, over 3,75,000 sellers have listed over 10 million products on the platform, and 75 percent of them have successfully sold their products.

The startup is growing at 200 percent quarter on quarter, with an annualised GMV of over Rs 45 crore. According to the founders, the app downloads, iOS and Android combined, stand at four million to date.

Market overview and the way forward

Biggies like Facebook and Instagram have their own marketplaces and shopping platforms, respectively. On the startup front, CoutLoot competes with Meesho, Shiprocket 360, Store Hippo, and Shopify, among others.

Ecommerce is the fastest growing market segment in India. With telecom partners subsidising internet prices, a further 320 million users are likely to adopt the internet by 2023 in India, with a majority of them coming from the Tier II and III cities. This will enable growth and evolution for all players in the online market.

Jasmeet says: “CoutLoot is the only social commerce O2O platform that has been able to achieve a local model for offline sellers, providing all services like logistics, payments, cataloging, and supply chain.”

The startup aims to continue its revenue growth via commissions and advertisements and to launch new supply categories. “This will allow retailers to not just sell their products via CoutLoot but also source price-efficient supply directly from manufacturers,” Jasmeet explains.

CoutLoot, which is currently closing its Series A round, led by a prominent Chinese fund and co-led by a global fund, is targeting $50 million revenue by 2021.