TechSparks 2019: Fitness-vlogging duo breaks down the promises and pitfalls of influencer marketing 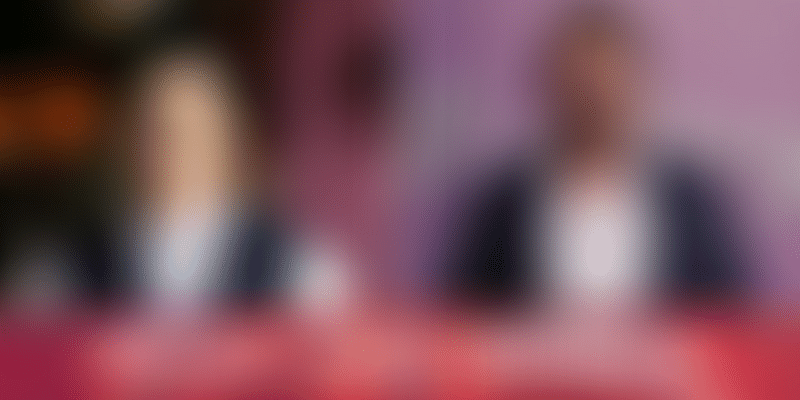 Both boast millions of followers on YouTube, exude an unforgettable public presence, and have fitness and workout lessons at their fingertips. Fitness vloggers Ranveer Allahbadia and Gaurav Taneja are not your regular social media influencers.

With a background in engineering, a knack for entrepreneurship, and experience across domains, they make for a power-packed duo. Their conversation made for a fitting finale on Day 2 of TechSparks 2019, YourStory’s flagship event.

From engineering to fitness vlogging

In India, over the past few years, a million new professions and career opportunities might have cropped up, but the archetypal India parents still gun for engineering, IT, business, law, MBA and the like for sustainable and secure careers for their children.

For Gaurav, who has a degree from IIT Kharagpur, is a full-time pilot who took to the world of fitness vlogging as the Flying Beast on YouTube, the story isn’t much different.

“The general notion in India is that if you get into IIT, your life is set, that you are done for the rest of your career, and that you will get to somewhere good,” he told a room packed with young entrepreneurs and aspiring social media influencers.

“The same thing happened with me; my family was all happy that ‘ladka settle ho gaya hai’ (the boy is now settled),” he added.

Of course, this notion is far removed from the reality. In Gaurav’s words, it is hard work and not a degree that makes the difference. Unsurprisingly, this thought was echoed by fellow panellist and fitness vlogger Ranveer, as well. The Founder of BeerBiceps Media and Co-Founder of Monk Entertainment stressed how, in addition to creating content, one needs to treat the job of a social media influencer like any other.

“Being a social media influencer is like an athlete’s career. You will be out of form sometimes and in form at others,” Ranveer said, adding, “The trick is to just keep on working.”

The drivers of millennial buying decisions

There is a common misconception that being an influencer is all about vacationing in exotic locations and donning the haute couture of prominent brands.

During the engaging TechSparks session—aptly titled ‘Inside the Booming Influencer Economy’ — Ranveer and Gaurav bust this and other common myths. The duo not only explained the factors that ultimately influence the buying decisions of younger generations, namely the millennials and Gen Z, but also detailed how social media influencing and digital marketing can be more impactful than their traditional counterparts.

“If a product is fantastic, millennials will buy it a second time. Influencers will get 50 offers in a day, but we only pick the one that we think is a good product. We are putting our reputation at stake every time we endorse a product. So we have to be careful. The audience trusts us and we are not going to break that bond, that relationship that we have built with them,” Ranveer said.

Being an influencer comes with its own set of challenges, he pointed out, quipping, “Like Uncle Ben once told Peter Parker, ‘With great power, comes great responsibility’. The narrative is pretty much the same for anyone running their channels on any digital platform today.”

Adding on to that thought, Gaurav said, “If I am endorsing something, my name goes on that and my credibility goes with that too.”

Ranveer concluded that, at the end of the day, influencer and social media marketing were all about people and the art of establishing a connect with them. It was something like running both a B2B and a B2C business at the same time, explained the BeerBiceps founder, drawing parallels between the world of social media and entrepreneurship.

He added, “Of course there are certain concerns and challenges given the nature of this platform, but it is without a doubt one of the most effective means of spreading the word about an innovation, a new product, or a brand.”

Taking off from Ranveer’s statement, Gaurav pointed out that one of the major advantages of influencer marketing over traditional marketing was the resulting feeling of connectedness. “You can actually have a guy connect with you, who is of the same age, living the same life, and using the same product…it’s like having a brother or a friend come up to you and tell you about a good product,” he said.