TechSparks 2019: Fix them yourself, don't wait for government to take action, urges ‘PotHoleRaja’ 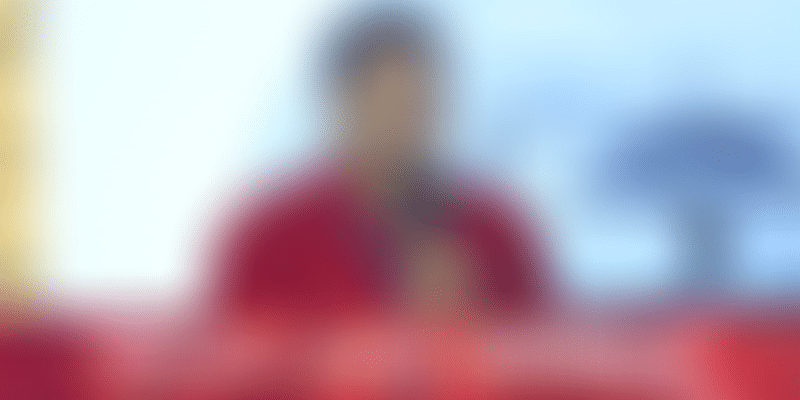 On the second day of TechSparks, YourStory's flagship event, 'PotHoleRaja' Prathaap B educated the audience on how a pothole can be fixed in a simple and eco-friendly manner.

A few showers during the monsoons and our Indian roads start resembling tiny lakes.This has become a common sight across the country. Recently, a picture of what appeared to be an astronaut walking on the moon was widely shared on social media. A closer look revealed it was an artist dressed as an astronaut, walking on a crater-laden Bengaluru road.

It is time for citizens to stop complaining and blaming the government and to take up the responsibility of the country’s roads themselves, said Prathaap B, social entrepreneur and researcher. He was speaking at the 10th edition of TechSparks, YourStory’s flagship event, at Bengaluru on Saturday.

Prathaap, or PotHoleRaja as he is more popularly known, kick-started his journey for social improvement back in 2015, when he was teaching value and life education in schools and colleges.

"Community development was part of the curriculum. The kind of projects the students created and the kind of impact these had on the society were so significant. I wondered, if a 15-year-old could do a project for school and create an impact on society, then why not me with all my background?" Prathaap recounted.

He fixed his first pothole in 2016. And then, one morning, when Prathaap was filling in a pothole in Koramangala, a volunteer, Sourabh Kumar, decided to join him. After working alongside Prathaap, fixing potholes for almost a year, Sourabh left his comfortable job at Hewlett Packard Enterprises. It was then that they decided to start their full-time initiative and lead the charge on improving Bengaluru’s roads with ‘PotHoleRaja’.

"One of the greatest challenges was to break the common myth that this is the task of the government or road contractors. We have to start volunteering and engaging the public and organisations to fix this issue," said Prathaap.

Prathaap pointed out that, while potholes have been acknowledged as a major cause of road accidents, companies are more focused on developing technology to make vehicles adapt to bad roads. He shared his opinion that sufficient resources should, instead, be allocated for fixing roads.

"Annually, $15 billion is spent on road damage issues. Our intent is to make roads pothole-free using eco-friendly methods," he said.

PotHoleRaja uses cold asphalt to fill in potholes. They source the raw materials from Hindustan Petroleum and the technology from France, and are collaborating with the National Research Development Corporation to source plastic and rubber waste.

The filling process is quiet simple. A team cleans up the area around a pothole, gets rid of any loose debris, pours in cold asphalt, spreads out the mix using crown finish, hand-tamps it, and then levels it. The cost of fixing a 1mt X 1mt X 50mm pothole is Rs 2,500, and the time taken to fix it is usually up to five days.

PotHoleRaja employs transgenders and is also involved in citizen engagement. Organisations can also be a part of the initiative under their CSR programmes. "We plan to employ up to 500 transgenders by next year," shared Prathaap.

Prathaap claimed the team has fixed 6,000 potholes till date, with the help of 5,000 volunteers, and educated 15,000 children as well.

"We have had a seven-year-old and an 87-year-old volunteering to fix potholes. There is no technology involved; you need not be an engineer. We have the mix ready, carry a bag or two in your car and fix a pothole," he said.

He went on to share they have been fixing potholes in and around Bengaluru's roads, both public and private, and are planning to expand geographically. The PotHoleRaja website allows for live pothole-spotting and reporting and they have also been using drones to map cratered roads.

"The journey so far has been about fixing potholes and enabling safer roads, but we feel we need to move to preventive care. So, our next plan is to further leverage waste and make roads safer. And, after that, our plan is solar roads; we will have that in place in the next two to three years. Going ahead, the idea is enabling self-sustainability and rural development," said Prathaap.