There is never a right or wrong answer in venture capital, says Sanjay Swamy of Prime Ventures 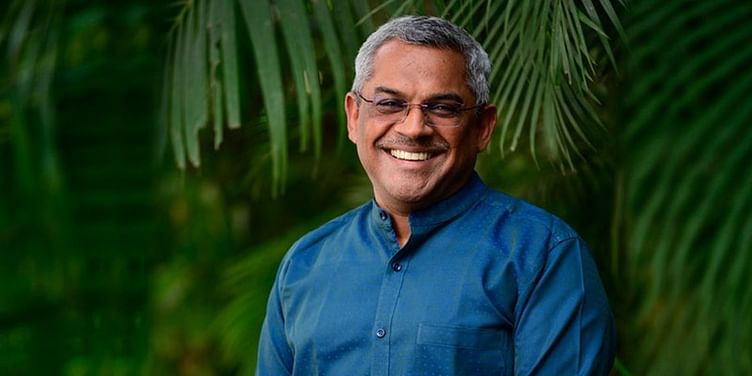 In this episode of 100X Entrepreneur podcast, Sanjay Swamy, Managing Partner of Prime Venture Partners, shares what he learnt from being both, an entrepreneur and an investor

Sanjay Swamy, the managing partner of Prime Ventures, studied Electrical and Electronics engineering from Bangalore University. He then did his Master’s in Avionics and Control Systems Engineering at the National Aerospace school called SUPAERO in France. For his second Master’s, he went to the University of Washington, Seattle, to pursue MS in Aeronautics and Flight Control Systems.

After starting his career in the Silicon Valley in 1992, Sanjay spent over seven years at a company called Integrated Systems working in different roles across sales, customer support, engineering, and marketing. He then worked with Xerox and Portal Software in the US before coming back to India in 2003.

From 2003 to 2011, he took up several roles at mCheck, ﻿Zipdial﻿, and ﻿Ezetap﻿, and with the ﻿aadhaar﻿ team at UIDAI, which helped revolutionise the corresponding ecosystems. Sanjay was also the co-founder of ZipDial, which was acquired by Twitter in January 2015.

In 2011, he started Angel Prime (now Prime Ventures), which invests in early-stage entrepreneurs to build great companies. Some of his portfolio companies include ﻿MoneyTap﻿, Ezetap, ﻿Happay﻿, and ﻿KredX﻿ among others.

Siddhartha Ahluwalia, Head of Community at Prime Venture Partners, caught up with Sanjay Swamy on this episode of 100x Entrepreneur podcast, a series featuring founders, venture capitalists, and angel investors.

Tune in to listen to Sanjay in conversation with Siddhartha:

Sanjay says it makes him cringe when one reminds him that Prime Ventures backed only 25 companies. He says it is a scary thought. When the firm started out with ZipDial and Ezetap, he never imagined that the fund would have 25 companies in its portfolio some day.

The model at Prime Ventures involves working very closely with the founders and understanding the deep context, says Sanjay.

"Even if I might be the lead partner on our portfolio startup ﻿NIYO SOLUTIONS﻿, Amit Somani and Shripati Acharya are quite active and are equally involved. Our philosophy has always been that for the founders. If you put the founder first, it doesn’t matter to them that you as a VC have a portfolio. Yet we want to see all of our companies succeed, and we have to try our best to do it. Some will do much better than others, some will do moderately well, and some will not make it. That’s life in this business."

In the early days of the fund, Prime worked closely with the founders even before it made any investment decisions just to understand the size of the markets. Sanjay says, they have rarely taken market risks, but there were a lot of execution risks. He says the common ground between a company that hits exponential growth and a company that is on a relatively flat growth is where startups usually miss their markets.

Sanjay says there is never a right or wrong answer in venture capital, and there are different strategies to it. He says, the firm took a core philosophy right from the beginning that is about all in or not in.

"Once you have that philosophy, the way you look at a business to come to that consensus for us, it’s not a question of whether it is a small cheque and if it matters. It’s the fact that our cheque book has very limited leaves, so we’d be very careful about which ones we write. That’s how we have approached it. But once you’re all in, then it doesn’t matter."

Speaking of the evaluation part of the business, he says every VC has a lot of respect for how entrepreneurs do things. Every startup does things differently and even VC funds do things differently. For the size of fund Prime is comfortable with, it has a certain stage of the startup it likes to work with.

"Once we’re in, we want to have no doubts. If a founder has a problem at 3 am and calls any one of the three of us, we’ll do our best to help them."

When asked about when Prime can be seen having a $300 million cheque book, Sanjay says never. With a core philosophy that calls early-stage and with the approach that the firm follows, he says they are limited by the bandwidth.

"I don’t think the issue is so much about being able to raise $300 million. It is about being able to manage and deploy it. That’s not who we are, and that’s not how we have set out to be. So, unless we fundamentally change something about what we stand for and how we go about it, I don’t think we will ever need to get to that stage. I should never say never. But it’s very unlikely unless we fundamentally change how we work.”