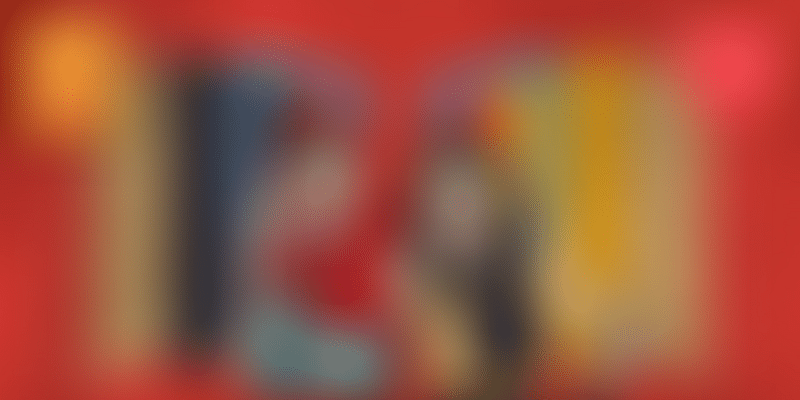 Startup Bharat is a series of stories celebrating the entrepreneurial ecosystem in Tier II and III India. Startups from beyond the metros are showing the way when it comes to innovation, and we have rounded up YourStory’s best Startup Bharat stories of 2019.

For the last couple of years, startups seemed synonymous with Bengaluru, Delhi, Mumbai, and Hyderabad. And perhaps Chennai and Pune. But the fact is that entrepreneurs are innovating across India - from Bhilwara to Shillong, Srinagar to Thanjavur, and everywhere in between and beyond.

Startup Bharat, a series that YourStory launched in January 2019, is an attempt to shine the spotlight on startups coming up in places beyond the metros, and on innovation happening in smaller cities and towns across India, or should we say Bharat?

In the past year, we have covered startups with solid, scalable, and monetisable ideas. These are real solutions created using new-age technologies.

In case you missed some of them, here are the 15 stories that made the most waves in 2019:

How did it happen? Most of us turn a blind eye to ads or articles that promise things like “Make $100 an hour with a social media campaign”, deeming them scams. But Saurabh realised that what seemed impossible was possible after he made $200 in a single night. And that one incident led him to rethink Uprist.

[Startup Bharat] After making $200 in a night from Facebook ads, this entrepreneur transformed ...

Founded by brother-sister duo Chirag and Nidhi Bansal, LivingStone Stays partners with property owners to take charge of their branding, marketing, and listing them on online booking platforms.

Mechanical engineer Chirag Bansal has always been a travel enthusiast. During his two-and-a-half-year stint as product manager at data and analysis platform Trefis, 26-year-old Chirag never missed an opportunity to travel.

“My workplace was pretty flexible. I left for the mountains every time I got an opportunity and worked from there,” he adds.

After his CAT exams in December 2017, Chirag left to explore Chitkul, a quiet village in Himachal Pradesh, near the Indo-China border. After that trip, and a lot of research and conversations, Chirag convinced Nidhi to join him in this venture.

[Startup Bharat] Beyond OYO and five-stars, Chandigarh-based LivingStone Stays is changing how ...

Dealz Expert is a Phagwara-based student accommodation startup by 25-year-old Sangita Dey. It already has 22 PGs with 1,200 rooms, and yearly revenue of Rs 2 crore, and now plans to expand to other metros.

Sangita, an MCA student from Lovely Professional University at Phagwara (Punjab), knew one thing: she wanted to be her own boss. The girl from Tripura also realised that she was an entrepreneur at heart. So it was not long before she started an entrepreneurial venture in a relatively nascent sector: coliving.

Kota, Rajasthan's Tier II city known as the Mecca for IIT and medical aspirants, welcomes 1.5 million students every year for preparation for JEE and other entrance tests. Life-sized banners and hoardings of coaching classes line the roads, and groups of students are a common sight everywhere.

In 2014, two friends from Purulia, a small town in West Bengal, travelled all the way to Kota with the same aspiration. Abhishek Srivastava (22) and Sameep Agarwal (21) were two of the many IIT aspirants, but have now ended up as entrepreneurs in the same city. The duo founded EatXD Food Services, a venture in the quick service restaurant (QSR) segment, in December 2017.

Six childhood friends from Surat with mom-and-pop business backgrounds and big aspirations talked about becoming businesspeople in their own time and right. This was in 2012 when all of them had just finished high school. Priyank Vora, Milan Gopani, Hiren Sheta, Mahatva Sheta, Umesh Gajera, and Chetan Kanani went their separate ways but kept in touch.

In 2015, they graduated from college and started looking at the supplement proteins and healthy living space in India. Soon, they realised that whey substitutes in the form of protein and healthy fats like peanut butter were not popular in India. This led to the birth of Alpino.

[Startup Bharat] How Surat-based Alpino turned a Rs 5 lakh investment into a Rs 5 Cr turnover b...

Despite the presence of food delivery startups like Swiggy and Zomato, Potafo, a local food delivery app, is giving the unicorns a run for their money.

Knowing the pulse of the city, four friends from Kozhikode, Magdy Ashraf, Muhammed Rashad, Vyashakh Prasanth, and Adul Haseed Moosa, set out on their entrepreneurial journey to start their own food delivery startup, Potafo, in 2017.

The startup has tied up with Kerala Hotel and Restaurant Association (KHRA) and has the best restaurants in the city as exclusive partners. According to Magdy, restaurants under the KHRA deny services to their competitors, Swiggy and Zomato.

How often have you tried to get rid of something - old newspapers, telephone directories, or that metal jewellery that went out of fashion? Most of these end up in the “dry waste” bag, or you end up seeking the good old neighbourhood kabadiwala.

But finding one isn’t always easy, as Anurag Asati, an IT engineer from Bhopal, realised. It was then that Anurag decided to start The Kabadiwala in Bhopal as a doorstep service to help people sell household junk like newspaper, iron, plastic, books, metal items, etc. and get paid for it. The startup aims to recycle, reuse, reduce, upcycle, and resell scrap.

Kruthika Kumaran lost her mother to a complication arising from a skin condition. This drove the 32-year-old engineer to create cosmetic products that are chemical-free and suitable for all skin types.

To begin, Kruthika completed an online diploma in natural cosmetology and began experimenting with soaps. This led to the birth of her startup Vilvah Store, an online organic skincare brand, in Coimbatore. The bootstrapped startup was started in 2017 with an initial investment of Rs 10,000, and is today seeing a turnover of Rs 15 crore.

Two engineering students from Malappuram district in Kerala started Appmaker in 2013. The app builder, which lets you create quality native iOS and Android apps, has since then acquired clients in 35 countries.

Appmaker – not to be confused with Google App Maker, which is an internal tool - was bootstrapped in the initial days. Once Appmaker was built, Saleeh and Mohammed earned $500 in just one week. Their aim was one: to make Appmaker into an entity like Shopify, the world’s largest ecommerce software provider, for mcommerce.

[Startup Bharat] Kochi-based Appmaker has clients from 35 countries, and aims to be Shopify for...

Despite the proliferation of matchmaking services in India, finding the one isn’t easy. More so if you’re loaded! Ahmedabad-based Ultra Rich Match, India’s first matchmaker for millionaires, aims to solve this problem.

Founded in 2011 by Saurabh Goswami, this niche matrimonial platform has only one prerequisite for its clients: you must be a High Networth Individual (HNI) with a net worth of more than Rs 15 crore, or a professional earning more than Rs 50 lakh per year.

At a time when ecommerce majors like Flipkart and Amazon are sweeping the country with deals and festive sales, a social commerce startup from Jaipur is scoring over its bigger counterparts.

[Startup Bharat] With over 10,000 orders a day, Matrix-backed DealShare is capturing Tier II an...

Founded by Premchand Kurup and Pradeep Menon in 2017, Lakhshya Cybersecurity Labs will continue to be led by Pradeep after the acquisition. Co-founder Premchand, however, has resigned from the Board, but will continue to act as an advisor.

Over the past two years, Lakhshya has built considerable experience in niche areas of cybersecurity such as malware analysis, cyber breach investigation, red teaming, and Devsecops.

[Startup Bharat] How this Coimbatore-based cybersecurity firm caught the eye of Copenhagen's Za...

SocksBakery is a direct-to-consumer fashion brand that makes premium-quality designer socks for men.

The startup already has entrepreneur Mukesh Bansal and the sheikhs of Dubai as its customers.

Started by Pritika Mehta, a postgraduate in artificial intelligence from State University of New York, in 2018, aims to put style at men's feet with collections such as Luxury, Power, Explorer, and choices like Vikings, Steve Jobs, and Silicon Valley. Socks can be ordered on the startup’s website, WhatsApp number, or Instagram page.

[Startup Bharat] How this Chandigarh-based firm knocks the socks off entrepreneur Mukesh Bansal...

The app is built to make voters more informed about their political leaders, and express and share their feedback with ratings. Users can also participate in in-app polls and discussions.

[Startup Bharat] As India gets election fever, this Jalandhar-based startup helps with ratings ...

Shishir Kabra and his two sons, Sharad and Saumitra, started myBageecha to craft green and beautiful spaces even in the concrete jungle of urban life.

After 30 years of corporate life, 58-year-old Shishir Kabra decided that he wanted to do something he was passionate about: gardening. And so, he started an online portal to provide plants and gardening solutions to people across the country.

His dream was to create an “online garden” that sells products and solutions to help people create and cultivate green and beautiful urban spaces.

Outpouring of support from the US for India, COVID-19 help touches USD half a billion