I had to convince my dad that tech businesses can make money: Sunder Raju, Chairman of ACT 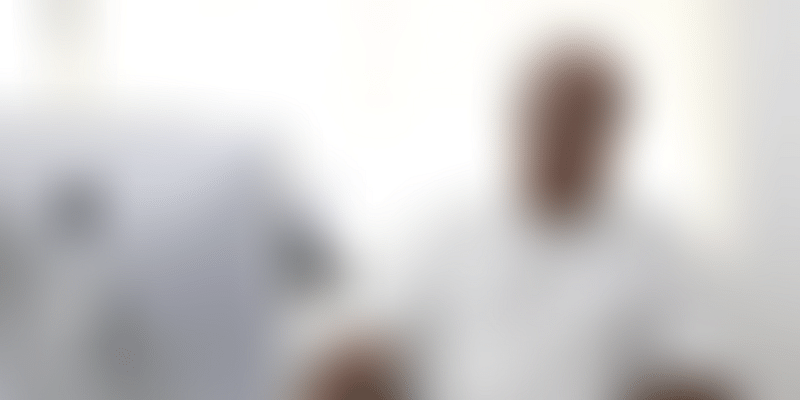 Sunder Raju of ACT talks to YourStory about growing a tech business, his entrepreneurial journey, new forms of education, energy businesses, and more.

When you meet Sunder Raju, the 65-year-old Chairman of Atria Convergence Technologies (ACT), you will see a lot of simplicity.

He comes from a family that thrived in the hospitality business for several decades. He dresses ordinarily, loves his tennis, and can go on and on about technology. He tells YourStory that his father has been both his biggest critic and supporter in his journey.

Over the years, Sunder Raju's company ACT, which started as an edtech venture, has become a highly respected broadband service provider.

Sunder first started up in 1981 by building Unix-based computers for India. He built a real made in India company and at the time, he could not go wrong. Sunder's first company Sunray Computers also built training simulators for the energy industry.

Like every business in the 80s and 90s, Sunray had to close down because government regulations made import of components expensive and the company had to maintain production only according to what the government thought was the market size.

But Sunder knew that failures are just an incident to start new ventures.

Unable to stay away from technology even while he was taking care of his family’s hospitality business, he started to build ACT in 2005. Today, the company generates close to $1 billion in revenue and has more than 1.4 million subscribers. And it is now readying for an IPO.

In a conversation, Sunder Raju tells us about life and entrepreneurship.

YourStory: After 40 years of entrepreneurship and leaving ACT to the management, what are you doing these days?

Sunder Raju: You have to come visit my next venture. The experiment is happening at a small village to the east of Bengaluru. It is going to be in the energy space.

I am working on a technique, solar-powered thermal storage different from the current narrative on using solar energy to be stored in batteries. We can use heat to produce steam, which can be used to produce electricity.

Today, the energy narrative is a very urban-centric phenomenon. You still have a majority of the nation grappling for energy. Just go outside Bengaluru or any major city and you will know how persistent power availability problems are. More on this new venture in a few months when the product is ready.

Apart from that, you already know of Atria Power, which is into renewable energy solutions in solar, having leveraged Internet of Things (IoT) to deliver value to customers.

YS: How did ACT begin? Is it true that it started as a social venture?

SR: My family was always into philanthropy. I would visit several schools in smaller towns and realised that classrooms too can become digital. The idea at the time was to bring internet on a TV-like device to help students with information.

I was a computer scientist and in the late 70s, I went to the University of California where it was not very common to have India students study the impact of computers on people.

We began to experiment by supplying fibre to connect schools and by 2008, several investors came to us not because of the education part but for a piece of the fibre. In 2009 we had a speed of 5 Mbps speeds and by 2016, we had gotten to speeds of 50 Mbps.

You have to constantly think when you are an entrepreneur as your ideas can get disrupted very fast. So, I keep investing in new ideas all the time and ACT was born out of such experimentation.

Today, content delivery is a big opportunity and ACT is a leading broadband player in enabling that ecosystem.

YS: What are your bets in education?

SR: One can say that the current education system does not support entrepreneurship and neither does it prepare a student for real world problems. You cannot change that system because it has been there for several years.

Degrees will remain the order of the day. But at the Atria Institute of Technology, one needs a ‘beyond the classroom’ approach with an emphasis on not just core engineering subjects, but also on other forms of study like art or literature or even core mathematics.

That's the only approach to tell engineers that there is life beyond degrees. I know things cannot change overnight, but it's a start.

YS: You have over 70 decades of legacy behind you. How do you manage it?

SR: My father was a very conservative man. He did not understand technology, but he knew what made a business successful – cash generation. I remember when I would go back to him for more support to keep ACT rolling, and he would wonder when the business would really take off.

I would spend endless hours scaling up the technology and it was bleeding at first. It took me a good 10 years to realise its potential.

But I am glad he was patient with me although I was asked so many questions about the merits of the broadband business.