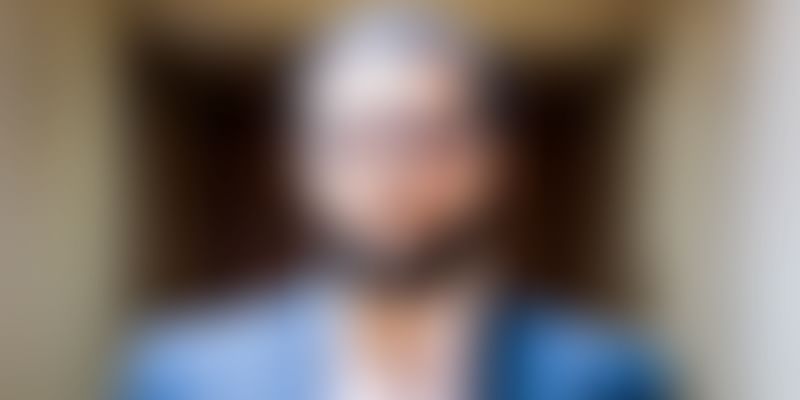 Mumbai-based The Gene Box is a B2B healthcare startup that studies genes and provides recommendations to professional healthcare practitioners to help them strategise wellness and nutrition-based regimens.

Mumbai-based startup The Gene Box is exploring the labyrinth of genetic markers for this very purpose.

TGB works in the area of genomics. It conducts research and provides reports and recommendations to help professional healthcare practitioners guide clients on a wide range of issues - disease predisposition, nutritional needs, and most effective fitness regimes.

So far, the startup has conducted over 1,000 tests with research being a major driver. The team recently tied up with a genetic company in Mexico and in Malaysia.

TGB collects blood or saliva samples to analyse DNA. The individual DNA is subject to genotyping through DNA microarray technology which gives the team individual raw data. This data is fed into an algorithm that yields a comprehensive qualitative and quantitative report with just a click. The Gene Box analyses over 700,000 data points from raw data with actionable recommendations on various health parameters.

How it all began for The Gene Box

Founded in September 2015 by childhood friends Pranav Anam and Shiraz Siddique, the idea of TGB consumed Pranav as a student when he heard of the Human Genome Project.

Today, the core team has Taher Kagdi, Head of Operations, who has over 12 years of experience in running various ventures.

“Soon after graduating from Newcastle University, I joined the biotech workforce where the applications of all that I have studied for years came to life – that was a fascinating experience. Over time, the prices of genome sequencing dropped drastically – against the $3 billion to sequence one genome in the Human Genome Project, a high-quality ‘draft’ whole human genome sequence could cost $1,500 in late 2015. When we map this to the demographic variety that India consists of, the possible results of the genome sequencing exercise are fascinating,” says Pranav.

The early industry players mostly generated reports that were technical in nature, and didn’t guide professionals or layman on the next steps. The data was also primarily focussed on European and American population. It didn’t take the Asian or more specifically Indian audience into account.

Pranav explains that the low incidence of Asians made it challenging to look deeper into population-specific issues in India. Thus, there was a gap in the needs of the Indian population, who are increasingly susceptible to non-communicable diseases (NCDs) besides the usual genetic disorders. This was what Pranav aimed to fill with TGB.

“The status of genome-related activity then helped us to feature in the list of countries where the technology is available, but I realised more could be done. As a geneticist, I understand the significance of the knowledge about genes going to the masses,” Pranav adds.

Thus, the need of the hour was to create products that are based on scientific rationales and not just associations. This started TGB’s scientific foray into gene-based wellness.

How the gene pool grew

In the initial years, the team focussed on building the database. One of the biggest challenges was to create awareness about the usefulness of such information and it’s applicability in generating further business.

“While setting up the business, finding the right match in the workforce was a challenge – we needed a multi-disciplinary and academically oriented team that could connect the dots and make the insights both meaningful and actionable,” says Pranav.

In the past six months, the bootstrapped startup has been focused on marketing and sales. The Gene Box follows two models - it builds genetic tests for dieticians, nutritionists, healthcare professionals, diagnostic labs, insurance, FMCG, nutraceuticals and other pharma companies. This model costs between Rs 6,000 and Rs 16,000, dependent on requirements. The other is a SaaS-based model that works with genetic testing companies. Here, TGB provides companies with backend support from which genetic companies run tests. The price varies from $20 to $50 per report.

Janampatri or Genomepatri, Mapmygenome is moving fast in the genetics and diagnostics space to ...

The revenue models and future

It is this SaaS-based model that separates The Gene Box from Hyderabad-based MapMyGenome, which also analyses and formulates health reports for healthcare professionals based on genomics (its reports, titled Genomepatri, focus on different aspects of the DNA).

“The Gene Box is embarking on various scientific projects on endogamous studies, disease-specific studies, developing newer products with different panels such as dermatology, hormonal health, etc, to give a wider coverage to genetic risk assessment, which could benefit the healthcare professional and the end consumer. India’s diversity is an asset and in the next 24 to 36 months, we aim to serve as many as 100,000 Indians with the benefits of their respective genetic information. Market awareness is a constant factor that we are working on. The stakeholders and the general masses need to be made aware about the idea of genomics and its potential – constant engagement with them will create trust and help us penetrate better.”