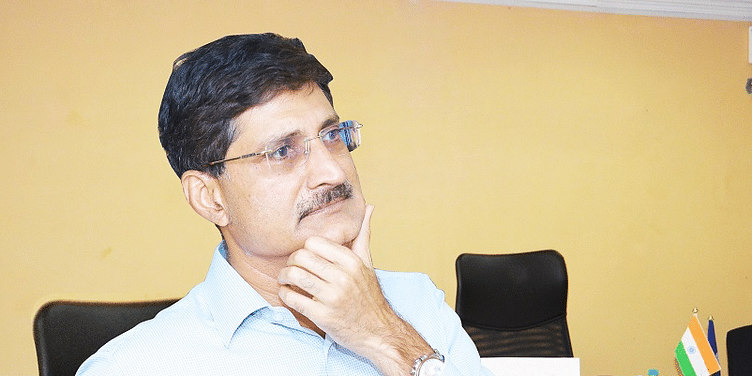 Dr Malpani is the founder of Mumbai-based Malpani Ventures, which invests in early-stage startups. He is also a board member of IKS Health.

Siddhartha Ahluwalia, Co-founder of SHEROES, caught up with Aniruddha in this episode of 100x Entrepreneur podcast, a series featuring venture capitalists and angel investors.

Tune in to listen to Dr Aniruddha Malpani in conversation with Siddhartha.

His routine and reading habits

Aniruddha says, “I tend to sleep quite late because some people are owls, some are night angels, but everyone needs to find out what their circadian rhythm is. I have to get up at 8 in the morning. There is no choice because I play tennis every day. That’s my major physical activity. I don’t have anything else in the day; being a doctor it’s a very sedentary job. I am also fairly good at taking naps during the day, which increases my efficiency quite a bit.”

“And the good thing about being a doctor and working for yourself is that your life is controlled by your patients. But in an IVF clinic, since there are no emergencies, you can give appointments and organise your life in a more organised fashion,” he adds.

Speaking about reading habits, Aniruddha says, “Reading is a simple and inexpensive tool everyone has access to. It’s a great democratic tool. You can read the same book Bill Gates is reading and absorb as much information as him.”

“If you can learn from the best in the world – someone who has taken the time and the trouble to capture his learning in the book – then not doing that is a reflection of how stupid you are rather than anything else. So a lot of my reading are in bits and pieces. I have lots of books on my bedside. I read multiple books in parallel. Because sometimes you get some insight from a book, and you see something very similar in another book. And sometimes, you get something diametrically opposite in the other book. That gives you food for thought. It becomes a positive virtuous cycle – the more you read, the more you enjoy, and the more you share with others. And the nice thing being an angel investor is that what you read applies to your startups, founders, and yourself. So there is a return on investment in that reading,” he explains.

The fundamental rule of being an investor is you have to embrace uncertainty: Karan Mohla of Ch...

He says he tries not to be rigid and reads depending upon his time, adding “Sometimes I get two to three hours; sometimes I get no time.”

On making successful investments, he says, “As an angel investor, I don’t measure my success on the return on investments in startups because it’s a long horizon of at least 10 to 15 years. For me, it’s learning on investments and that’s where my reading habit falls in beautifully. Otherwise, if I just read, it would just be a sterile thing. I read this book because someone told me it’s good.”

When it comes to entrepreneurs, Aniruddha looks for founders with counter intuitive insights. “Some who knows something, and is confident about, which no one does. And that’s what gives him the right to win,” he adds.

So, what would he suggest his founders read? He elaborates, “I have a list and I have shared them on multiple posts in LinkedIn. I think a lot of them are first-person accounts. I am not so fussy about what you should read. But this is the flavour you should be looking at. First-person accounts, written by someone who has been there and done that, can be remarkably powerful. What actually disappoints me is why Indian entrepreneurs aren’t sharing their stories. I think it's high time Indian entrepreneurs start sharing their wisdom with the rest of the world.”

When asked about what he would suggest his founders on how to get their first Rs 10 crore, Aniruddha says, “That’s no easy answer because so much of it is related to luck. The reality is that most people will never tell you how much of their success was a matter of luck. They got the right team, right place, right time, etc.”

He suggests another book for founders – Carl Richards’ The Behavior Gap, which teaches a lot about behaviour particularly true for financials. “Because a lot of time we get carried away by the herd. There is a fear of missing out. So either there is a fear or greed, out of which we do very stupid things.”

Speaking about how he reinforces himself, he said, “It depends on with whom I hang out and what books I read. That’s one of the reasons why I am an angel investor. Being an old doctor, you hang out with other old doctors who always complain that the world is going to the dogs, all patients go to ‘Dr Google’ and challenge their authority, and how good things were in the good old days, which I find extremely depressing. On the other hand, when you hang out with founders, they are optimistic, they are young, and they want to change the world. Some of that rubs onto you.”

Aniruddha admits that he has a soft corner for social impact startups, saying, “Entrepreneurs can help kids become smarter. And this is really what the future will be. And that’s the way I would measure my success.”

On being asked about his favourite startup, he insists that he doesn’t measure them on the financial yardstick. He explains, “Angel investors need to be clear on why they became angel investors. I think as a financial asset class, these are terrible – very illiquid, no mark to market, you don’t know whether the company is doing well or not doing well, and very difficult to get an exit. And it is extremely emotional. No matter what the media hype is all about.”

“It is that amount of your net worth that you can afford to lose without losing your sleep. That is important for an angel investor,” he signs off.

Within my failed startup portfolios, if a founder comes up with a new idea, I would back them a...

It’s a bad strategy to just palm off business to someone – let’s build IPO-ble business, says i...