The fundamental rule of being an investor is you have to embrace uncertainty: Karan Mohla of Chiratae Ventures 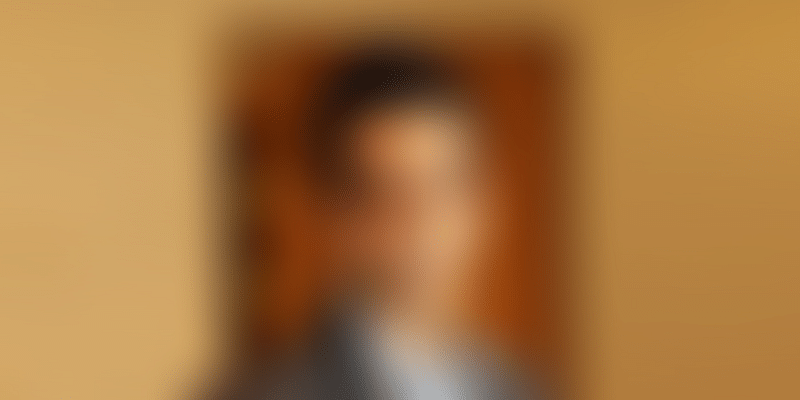 In this episode of the 100X Entrepreneur podcast, Karan Mohla, Executive Director at Chiratae Ventures (formerly IDG Ventures India), talks about his journey as an investor, their investment thesis and portfolio companies, and the qualities that make founders successful.

Chiratae Venture’s Executive Director Karan Mohla’s tryst with startups started in 2000 during his first internship. This was during the middle of the dotcom era, and Karan was working with Ernst & Young in their transaction advisory services. It was also the time when the first wave of internet companies started, and Karan’s job involved helping startups raise money.

Within my failed startup portfolios, if a founder comes up with a new idea, I would back them a...

After completing his undergraduate course from University of Michigan in the US, Karan interned at startups. He later joined Jefferies & Company in Silicon Valley, where he first experienced capital raising, strategic company analysis, and investment banking.

From 2003 to 2006, Karan worked in the Silicon Valley with companies that were largely into consumer technology, communication infrastructure, digital media, and internet, and helped them raise capital from PEs/VCs or work out their M&As. This was Karan’s second brush with tech companies.

“Although I am not an engineer by profession, my 15-year career has been in the technology domain. I moved back to India in 2006 to set up Jefferies India operations and focused on tech and media companies. Post that, I worked with a hedge fund in Singapore, again focusing on tech and media startups, but on the public market side,” Karan says .

Around 2008-09, Karan took a break and went to a B-School. During this time, he realised that one thing that has been constant in his life was being around innovation, technology, and entrepreneurs.

Siddhartha Ahluwalia, Co-founder of SHEROES, caught up with Karan in this episode of 100x Entrepreneur podcast, a series that features venture capitalists and angel investors.

Tune in to listen to Karan Mohla in conversation with Siddhartha:

I am more customer-obsessed now as an entrepreneur than I was as a VC: Shalini Prakash of Epic....

After completing his master's course in 2010, Karan joined Chiratae Ventures (formerly IDG Ventures India) as a Senior Associate. In his nine years at the VC firm, he has moved up the ladder to become the Executive Director and Head of Consumer Tech & Media Sector.

Karan is also the Board of Member of several startups including Bounce, HealthifyMe, LittleBlackBook, POPxo, Tripoto, and many others.

He recalls, “When I joined IDG, the first wave of ecommerce companies was just coming up. Myntra had gone from a B2B gifting company to a B2C company selling personalised T-shirts, and that was the first leg of fashion ecommerce”.

Chiratae Ventures is known to have funded billion dollars companies like Flipkart, Myntra, Yatra, Manthan, Lenskart, Firstcry, and others.

It’s a bad strategy to just palm off business to someone – let’s build IPO-ble business, says i...

“I think [my] purpose of life is to be an integral part of the startup ecosystem, innovation, and the core areas of economy. I think entrepreneurs have a direct impact on the economy, and investors have an indirect impact by investing…… For me, personally, in the long term, I want to give back and do larger things like helping develop policies or develop certain emerging areas. But the way to get there is by giving entrepreneurs access to capital and partnering with them,” he says.

Speaking about fundraising for Chiratae, he says, “We are an India-specific fund, and we have a federated partnership with IDG ventures US and China. But we are always responsible for our own fundraising. Sudhir Sethi, Chairman of Chiratae Ventures, coined a term called Ventuprenuer, which is what we are”.

The current fund size of Chiratae Ventures is estimated to be $600 million, and it raises capital from both Indian and overseas investors.

Speaking about investment thesis, he says, “There is very little data or sometimes more data available for some of the markets we want to invest in. Having said that, we have had a bottom's-up approach. Mobility and logistics were definitely those sectors. Because we come in early at Series A generally, most of our thesis is top-down based”.

He adds that vertical ecommerce has been a very successful strategy for them. The VC firm has so far invested in some top successful startups such as Myntra, Zivame, LensKart, and FirstCry, and those investments played out very well for them.

“We were again the first to invest in enterprise SME SaaS companies in India. Four to five years ago, the markets were largely in the US, Europe, and parts of Asia. But there are eight companies from India that have moved to the Valley. Most recently, we have also started investing in rental or sharing economy. Investments in Bounce, Rentomojo, and NestAway fall in that category,” he says.

Speaking about the sectors that didn’t work well for them, he says advertising technology was a sector that didn’t do well largely because of the smaller market size and also due to the fact that it was dominated by Facebook and Google. He also says the edtech space also didn’t work for them, adding that his portfolio companies were not able to do the monetisation and distribution for some reasons.

Speaking about founders, he says, “It is the founder who ultimately makes the journey. I find that among the founders who scale faster, the commonality that I have found is that one - you surround yourself with the best people from early on. The second is they should figure out what problem they are solving, how are they solving, does it work, and if it doesn’t work, use another approach”.

Karan also speaks about three founders – FirstCry’s Supam Maheshwari, HealthifyMe’s Tushar Vashisht, and Bounce’s Vivekananda Hallekere, and the qualities that made them successful.

Delving on the topic of failed startups, Karan says, “I always tell my founders that it's not a reflection …… having and developing a fundraising engine both in India and overseas so that you continue to raise capital to back bad companies – that’s the challenge you face as an investor not every day, but every so often”.

Scaling up is not a linear process, for every two steps founders take forward, there is always ...

“Unfortunately, one thing that is very common for me is travelling. I say unfortunately because it keeps you away from having a set routine,” says Karan.

Speaking about traits of being successful, he says, “I won’t attribute it to one particular thing. But I try and keep my biases away from the role of being an investor. It’s very difficult to do, but you have to consciously train yourself.”

The fundamental rule of being a venture investor and definitely for a founder is “you have to embrace the uncertainty”, Karan says . “You don’t know six months later whether the company would be there.” But the investor should always strive to figure out ways that can help the company continue or thrive, Karan adds.

‘We need founders to take the risk and pivot instead of being stubborn about existing business ...