The edtech scale index: How startingup challenges can be addressed through customer lifetime value and acquisition 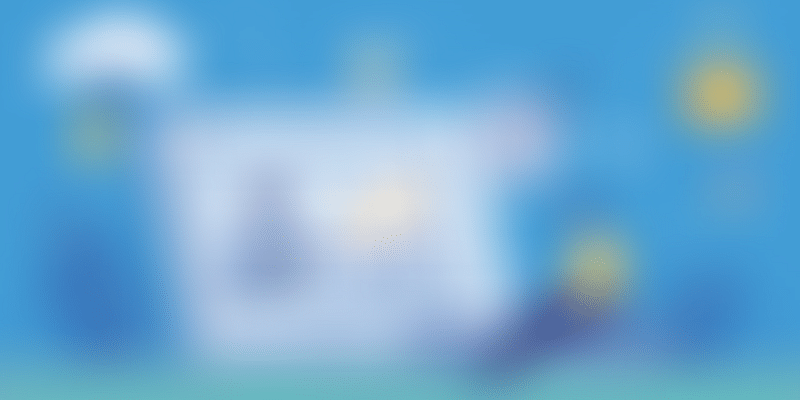 The customer is king. And rightly so. Especially in the edtech sector where customer value, acquisition and offerings can be the fine line between scale and failure. The article outlines the tightrope startups need to walk with on-the-ground examples that are lessons to learn from.

With 260 million students enrolled in schools and over 35 million students in tertiary education across the country, India has one of the largest consumer bases of primary and secondary education in the world. This makes for a huge addressable market for education technology companies. Traxcn Labs database reports 4,000 existing edtech startups in the country, with most being set up in the past 10 years. According to a Google-KPMG report, India’s online education market is set to grow to $2 billion and have around 9.6 million paying users by 2021 (still a small fraction of the country’s enrolment!).

A handful of these edtech companies have achieved reasonable scale as well. Byju’s, for example, has 40 million users with 2.8 m as paying subscribers, Toppr claims to have over 30,000 tutors clocking over 6 million sessions every month. Upskilling platform Eruditus supported over 30,000 students in 2018.

However, while this market in India is expected to grow rapidly, and more companies will scale up, profitability is going to be the key challenge facing the sector. Building profitable edtech businesses has been extremely difficult for companies across the world.

For instance, the five-year old China-based English-tutoring company VIPKids, which has over 40,000 teachers and supports over 600,000 students every year, reported losses of over $200 million in 2018 (and losses are expected to widen this year). US-based Online Program Management (OPM) company 2U, listed on NASDAQ, lost $43 million (EBITDA) on revenue of $410 million after 11 years in operations. Chegg, which started in 2005, lost $7 million (on revenue of $320 million) in 2018, and is expected to turn profitable only this year. There are numerous examples of scaled edtech companies that continue to struggle with profitability.

Let us explore the key challenges that impact profitability for edtech companies, and can be seen as the main levers to impact it:

Given that most buyers have been users of traditional brick-and-mortar education, there is a strong perception that online education offerings are of lower quality. This perception severely hampers the ability to charge higher prices for the same quality of a product (and potentially outcome). For example, Byju’s charges Rs 25,000 for the whole year’s content for Grade 9, as compared to Rs 6,000- Rs 8,000 per month for an in-person tutor. In the post-grad space, Symbiosis charges Rs 20 lakh for its MBA programme, which can be completed online for Rs 50,000, or Amity, which takes Rs 7 to Rs 8 lakh for full time vs Rs 1 lakh for the same course online. The trend is similar for test-prep, where veterans like Akash Institute offering the same classes online (via Akash Digital) for 50 to 60 percent cheaper. The irony is that cheaper pricing reinforces the perception of lower quality.

One of the key reasons why traditional education institutes are strong businesses are that they are extremely sticky! Once enrolled in a school, a child will spend anywhere from eight to 12 years, thus leading to high lifetime values. In fact, parents often end up giving schools more money in 10 years than they do to luxury car companies. In other traditional sectors such as higher education, test prep and tuition services as well, students spend anywhere between two to five years.

The same doesn’t hold for digital education. Retention can be a significant challenge for them. Parents and students are not brand loyal when it comes to online products and services - in education, reputation is directly proportional to vintage and edtech providers are the new-kids-on-the-block. The digital medium also makes switching costs low - no more having to figure out the transport, the friend circle, the infrastructure and the like. Thus, the lifetime of typical customers in edtech today is low, further impacting profitability.

However, there are ways in which edtech companies can overcome this hurdle of customer lifetime value.

In pricing, for example, upskilling startup UpGrad ties up with prestigious institutes like IIIT Bangalore and IIT Madras, and thus can command fees north of Rs 2,50,000 for one year online courses. Another strategy that we at LINC Education use, it to serve markets that inherently allow higher prices for online services. For example, we work with Australian universities, where an online MBA (no physical contact) and an in-classroom MBA are priced the same. This allows us to command a higher price point for supporting online students.

A recent technique has been to use Income Sharing Agreements (ISA), where students only pay once they achieve the desired outcomes (eg paying a percent of salary after getting a job). This enables a higher fee to be charged from the student (although it comes with higher uncertainty around payment).

To increase customer lifetimes, Byju’s has now started selling multi-year subscriptions and has made it easier for parents to pay for it by arranging financing.

Chegg, on the other hand, started as pay-per-go homework help for students, and has expanded its services to include online textbooks and question banks, math solver tools, and writing support, among others. This allows Chegg to retain students longer in its ecosystem. It is also propagated by selling a subscription that offers access to all its services.

Thus, while low customer lifetime value is a challenge, there are ways in which edtech companies can innovate and increase this lifetime value.

The other lever that edtech businesses face a challenge with is the cost of acquiring a paying customer. Traditional education providers (schools, colleges, tuition centres, etc.) typically spend no more than 10 percent of their revenue on acquiring customers. A report by Brighteye VC evaluating 12 global public edtech companies found that their average marketing budget was 25 percent of the revenue.

This cost can be much higher for startups and non-scale edtech companies. For example, Bjyu’s spend on TV advertising will be 20 percent of the revenue (in 2019), and this is in addition to sponsoring the Indian cricket team! In FY18, the company spent Rs 188 cr, from revenue of Rs 480 cr, on sales and promotions alone. Many edtech companies are selling “nice-to-have” education products such as supplementary content and services than the must-have products like degrees or formal schooling. This makes it more expensive to convince customers to part with their money for the service.

For B2C companies, customer acquisition is expensive because, while digital marketing is an excellent channel to generate leads and enquiries, edtech companies have to rely on physical touchpoints to convert these into sales. The likes of Byju’s and Toppr use a large on-ground team of “counsellors” going door-to-door trying to convert their digital leads. Vedantu, UpGrad, SimpliLearn also rely on large sales teams speaking with students to convert them into paying customers. And this is not just a problem in India. Consider 2U which continuously invests behind acquiring students for their partner universities. It has a sales and marketing expense of $220 million in CY18 (which is 50 percent of its revenue of $410m in the same period).

On the B2B side, the biggest challenge lies in having long sales cycles. With multiple parties (administrators, teachers, students, etc.) involved in decision-making at an educational institute, it can take anywhere between six to 18 months to close a sale. This limits scalability and requires financial patience to invest in sales to education institutes.

A great example of a B2B edtech company scaling is Turnitin, which primarily sells anti-plagiarism software-as-a-service to institutes. Established over 20 years ago, Turnitin has used its growing database of student submissions to become the industry standard in anti-plagiarism services for formative assessments - it managed over 500m submissions globally last year. Having such dominance over a niche market and thus, a strong brand recall has allowed them to reduce customer acquisition costs. It is widely believed that their operating margins have been close to 50 percent.

Over the past five years, markets like China and the USA have seen a total VC investment of $13 billion and $7.5 billion, respectively. Over the same period, Indian edtech companies received a total VC funding of $1.4 billion, half of it in Byju’s alone. Given the enormous market opportunity in India, we can expect significant edtech investments here in the future, as well as see the emergence of large scale edtech companies. However, profitability will remain a challenge for the sector, and companies will have to continuously innovate to focus on the two main levers to become sustainable.

(Update: The numbers for Byju’s have been revised after the company clarified.)

Chiratae Ventures appoints Andreas Hettich to its global advisory board