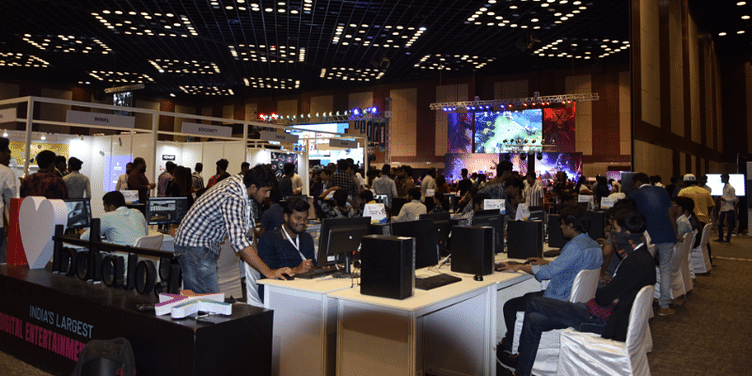 Nearly 30 top gaming companies across the world were present at the 11th edition of the India Game Developer Conference, held at Hyderabad.

The 11th edition of the India Game Developer Conference, held at Hyderabad, was attended by more than 30,000 individuals of the gamer community across several countries. It was held as part of India Joy 2019, the premier gaming, media, and entertainment event.

IGDC is set to redefine the way gaming is perceived in the country and nurture a community without barriers. With several talks, workshops, panel discussions, and esports tournaments, the conference showcased how India is becoming a game hungry nation.

Rajesh Rao, Chairman of IGDC, said, “This is a conference that has been put together by the gaming industry. 25 to 30 top gaming companies are part of this event. This is a not-for-profit event and we’re glad to be receiving great support from sponsors and gaming enthusiasts from various corners of the globe.”

Even the government of Telangana wanted to discuss the impact of gaming. IT Secretary for the State, Jayesh Ranjan, said, “The Indian Game Developer Conference has enriched the appeal of India Joy 2019. The Telangana government has been making concentrated efforts to promote the gaming sector consistently. The Image Tower that we plan to construct by the end of 2020 promises to redefine the gaming industry in the country, where we provide excellent infrastructure and a welcoming business-friendly environment that would encourage investment.”

In an attempt to widen the horizons of the industry and gaming enthusiasts in the state, he also mentioned that the government is in talks with a few top universities in the UK to setup their off-campus sites in the city. “There is a great need to come up with world-class educational institutions in the state to foster budding gaming enthusiasts. A Centre of Excellence for the gaming, animation and VFX is in the offing. We plan to make IGDC an annual series in the city and hope to provide a rewarding and a rich experience for everyone who’s part of it - gamers, developers, companies,” he says.

A whole host of global gaming companies have expressed interest in making India a centre for game development.

Unreal Engine, ahead of its launch in the country, said that India has the right foundation of engineers and consumers to make it a development centre.

The brain behind one of the biggest success stories in the gaming space in recent times, Tencent Games, was part of the event. Anish Aravind, General Manager of Tencent Games India, says, “Setting shop in India was a big moment for us. From winning Google Play’s Golden Joystick Awards, witnessing 400 million downloads, 50 million daily active users to being in the top 10 downloaded apps on Google and Apple store for long, we have become India’s favourite game.”

The balance of right marketing, effective localising of a game that has a global appeal, teaming with Bollywood, and enabling partnerships with the likes of Oppo, Vivo, Hotstar, Sony LIV, Voot, and Flipkart have taken us forward, he added.

“Gaming tournaments and esports initiatives have helped the gaming culture grow at a rapid pace. This is the right time to create games and be a gamer,” said Anish.

Data by KPMG reveals that the number of game development companies in India stands at around 275 today. This was a mere 25 in the year 2010. Estimates suggest that India's mobile games market will be worth $1.1 billion by 2020, and number of users will reach 628 million by then.

How online gaming startup 9stacks grew 3X with poker, and is now placing its bets on fantasy cr...