How online gaming startup 9stacks grew 3X with poker, and is now placing its bets on fantasy cricket 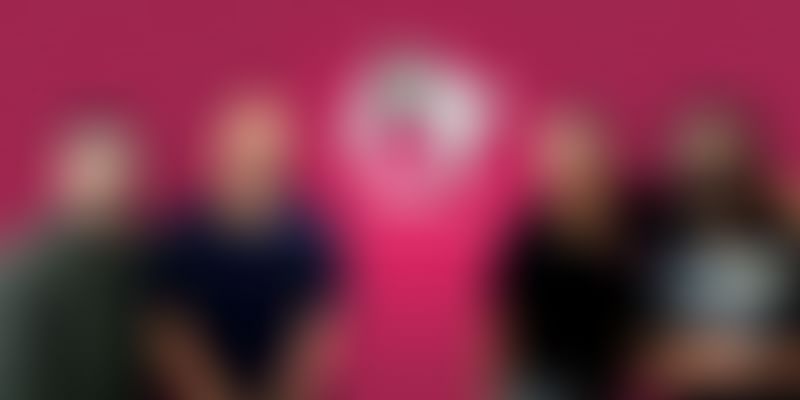 Online gaming startup 9stacks has 600,000 users on poker and fantasy cricket platforms in less than three years. The Delhi-based startup is backed by WaterBridge Ventures

In 2016, when 9stacks was still in its concept stage, there were only about 150,000 “real money gamers” in India. The industry was nascent and free game operators like Zynga Poker were gaining in popularity. And, only a handful of people were willing to invest real cash in online gaming.

But, a bunch of IIT and IIM alumni had other plans.

They got together to develop a real-money online poker platform, where users could develop and test their real skills.

“That was the insight with which we started. We wanted to serve people who were not being served. They had the capital to put in, but there was no safe platform to do that,"

9Stacks launched in 2017 as a platform that would enable anyone to discover, learn, and play poker, anytime, anywhere. It aimed to become the “preferred poker platform” for new players.

More than three million hands of poker were being played each month, with transactions amounting to Rs 35 crore.

In October 2018, the Delhi-based startup went on to become India’s first poker platform to raise a Series A round when WaterBridge Ventures invested $28 million in it. Since then, 9stacks has known only one curve: upward.

In the last 15-18 months, users on the platform have more than tripled.

9stacks today counts about 350,000 subscribers playing 9-10 million games per month. Without disclosing the active user base, the startup claims to be growing its MAUs by 3.5-4X month on month.

Sudhir shares, “We look to cross 100,000 MAUs in two years. But, poker will always remain niche compared to other online gaming segments because it is a skill-based game and the bar for success is much higher”.

9stacks also provides a skills dashboard to gamers where they can carry out detailed analysis of their own strategies and moves to become better players.

Contests are available across all platforms: iOS, Android, Windows, and Mac. Interestingly, 9stack’s focus on its desktop application is one of its distinguishing features.

The desktop app, which was launched in 2018, is essentially targeted at “experienced users” and offers them a bunch of extra customisable features. These are players who participate in four to six parallel games.

“Only a small number of users play on the desktop. But from a revenue point of view, it is good for us because these players place much higher bets, and are in multiple contests simultaneously. We just provide them the infrastructure and software for that.”

The CEO further states that 9stacks is growing its turnover “steadily” by 2-3X. It has been profitable from Day One, and earns a 4-5 percent commission every time a player places a bet. Poker has a “tried-and-tested business model," he says.

This sports tech startup grew 200 pc in a year, riding on Zomato, BookMyShow, IPL, and fantasy ...

Poker has traditionally been associated with Diwali, especially in northern and eastern India. And unsurprisingly, it is peak season for poker platforms.

For 9stacks, although pro-segment usage dips during this period (because people play offline and engage in other games like rummy and Teen Patti too), the festival serves as a great time to acquire new users.

“We do a lot of new signups and account reactivations during Diwali,” says Sudhir.

Seasonal peaks aside, online gaming is a much more well-distributed activity in India now than it was even two to three years ago. There are an estimated 300 million online gamers in the country, according to the All India Gaming Federation.

More than 10 percent of this are “real money gamers” and they contribute to a Rs 2,000-crore industry that is projected to grow 3.5x by 2025, AIGF states.

Manish Kheterpal, Managing Partner, WaterBridge Ventures (which has funded 9stacks), said in a statement, “India is at the cusp of massive online gaming adoption with an exponential increase in players and revenue expected in this sector."

"Real Money Gaming will have a significant wallet share of online due to ubiquitous mobile access, increasing disposable income, convenience and superior user experience," he added.

To tap into this burgeoning pie of real money gamers, 9stacks recently expanded into fantasy gaming with an all-new platform: Faboom.

Faboom launched in April 2019 coinciding with the Indian Premier League (IPL) which usually brings about an exponential increase in fantasy cricket players.

In general, this segment of online gaming is on an upsurge. Fantasy sports players in India have grown 25X in three years, according to KPMG.

The number of platforms offering daily fantasy games has witnessed a 7-8X rise between 2016 and 2019. And, the country is estimated to have 100 million fantasy gamers by the end of this year.

With Faboom, 9stacks is “placing its bets” on fantasy cricket.

“We went live on the first day of the IPL this year, and acquired users rapidly. The IPL was followed by the Cricket World Cup, which was a great time for us. We could get new users at significantly lower costs compared to our competitors, and also get a much higher engagement.”

9stacks claims that Faboom has notched up 300,000 users in just six months. Besides cricket, which accounts for a lion’s share of its current usage, it also runs fantasy leagues in football and kabaddi.

Players are typically men in the 18-to-27 age group. Gamers hail from metros as well as small towns, with the platform witnessing significant traction from states like Madhya Pradesh, Chhattisgarh, and Bihar.

“When we started we thought that usage would be metro-dominated, but one prominent shift in the last two years has been the emergence of fantasy gamers from Tier III and IV towns.”

9stacks expects Faboom to cross two million users in three years. “In fantasy gaming, the bar for success is much lower than in poker,” Sudhir explains. “We plan to offer rummy at some point to tap into users from the south,” he says.

Given the fantasy gaming tide sweeping India right now, this ain’t a steep target. KPMG reveals in a report that almost 74 percent of online gamers play fantasy sports one to three times a week.

“This segment has the potential to spawn a whole ecosystem around it, and could help deepen user engagement with their favourite sport,” it states.

The startup is looking to close a Series B round shortly.

Without revealing names, Sudhir says 9stacks is seeing interest from both institutional and strategic investors. “There are players wanting to enter India and are looking at platforms like us,” he shares.

9stacks competes with the likes of Adda52, Ace2Three, and RummyCircle in poker. In fantasy gaming, it is up against Dream11 (which became India’s first gaming unicorn earlier this year), which occupies nearly 80 percent of the market. Then there are platforms like Sequoia-backed Mobile Premier League, MyTeam11, HalaPlay, My11Circle, FanMojo, and more.

The industry might also witness some consolidation going ahead considering giant international operators like Tencent and Alibaba are taking a keen interest in the space.

Sudhir says, “Some consolidation is already happening. This year, some very small platforms have either shut down or merged. This trend could continue”.

What then will make 9stacks and Faboom stand out in a congested market?

“A good product, focused customer service, and a safe platform that abides by the laws and regulations of the land,” Sudhir signs off.