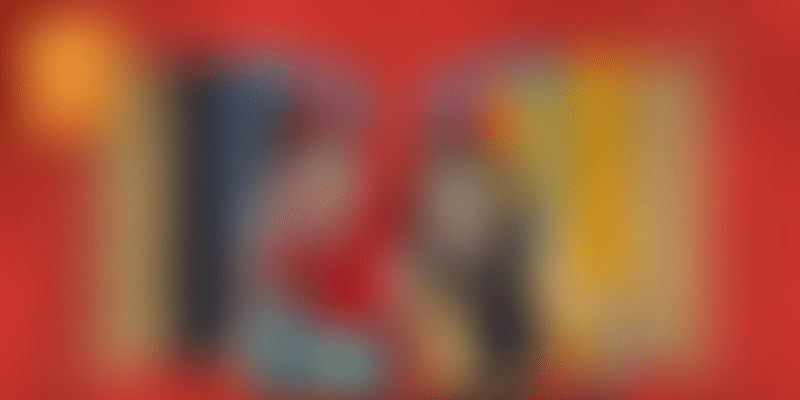 While startups in metros are mostly looking at consumer solutions, their peers from smaller towns seem to be solving more real problems.

From healthcare and sanitation to education, livelihood, and farming, there are a number of opportunities for entrepreneurs in our country. With the addition of over 1,100 startups in 2019, India has continued to maintain its position as the third-largest startup ecosystem in the world, according to industry body Nasscom.

However, for many years, entrepreneurship has largely remained a big city phenomenon. This despite the fact that a significant part of the population lives in smaller cities and rural areas. But this seems to be changing now as more people from Bharat are trying their hand at starting up.

While startups in metros are mostly looking at consumer solutions, their peers from smaller towns seem to be solving more real problems. From healthcare device startups to edtech coding startups, they are looking at problems probably witnessed by the founders personally.

According to an analyst from a top consultancy firm, metro startups are mostly focussed on the city population and are coming up with solutions to make their life easier. Hence, we are seeing more startups coming up in the ecommerce, food, and mobility space.

“But now the focus is on startups solving problems that impact larger sections of the population,” says the analyst.

A quick look at YourStory database of funded startups shows that startups from smaller cities are coming up with interesting solutions to solve real problems. At the same time, they are also not shying away from sectors like ecommerce or fintech either.

In fact, there are just as many startups in sectors like ecommerce and SaaS as there are in edtech and healthtech space from smaller towns. Where these startups really add value lies in their first-hand understanding of the problems faced by the semi-rural population, and their ability to tackle challenges that don’t exist in bigger cities.

Take for instance Lifetron Innov Equipments. Founded by Dr Kiran Kanthi, Lifetron has built a portable machine to save newborn babies from jaundice deaths in rural India. Currently, 60 percent of all newborns across most third-world and developing nations need the phototherapy to treat jaundice in newborns.

“While this facility is easily available in most large hospitals in cities, rural areas often don’t have this facility, which can easily prevent unnecessary deaths,” Kiran says.

While most entrepreneurs by and large remain the same when it comes to their startups, CM Patil of Deshpande Startups (previously Sandbox Hubli Startups), Hubballi, contends there is one key differentiator in startup founders from non-metros.

“Particularly in non-metros, I see them (entrepreneurs) a lot more committed and passionate. Their distractions are much less compared to urban entrepreneurs. They have a clear understanding of the problem as they work closely with those affected,” he says.

“By choosing to start up in Tier II and III India, these startups would be close to their customer segment, and that helps them tremendously in building products/solutions in continuous engagement with them,” Patil says.

[Startup Bharat] How brands and investors are wooing users in small-town India through digital ...

Tech to the rescue

The access to market isn’t restricted to healthcare startups alone. There is Kochi-based NAVA Design and Innovation’s Sapper, which uses AI to tap neera from coconut trees, and claims to increase the productivity of tappers by 72 times.

And if you thought Aamir Khan’s character in Tare Zameen Par only existed in the movie, then you have not met Dinesh Badagandi, Founder, Varnaaz Technologies in Bengaluru. Dinesh started an initiative with the same name as the movie - TareZameenPar (TZP).

With this unique initiative, Dinesh wants to bring stars closer to children in rural Karnataka. TZP has built a mobile planetarium with customised inflatable domes inside which students can watch the wonder of the cosmos - just like in regular planetariums.

This shows how these startups are adding value with their first-hand understanding of the specific problems faced by the semi-rural population, and their ability to tackle challenges that don’t exist in bigger cities.

“They also have an understanding of the market that possibly an entrepreneur from Bengaluru, Delhi, or Mumbai wouldn’t,” said Padmaja Rupel, President and Co-founder, Indian Angel Network (IAN), and Founding Partner at IAN Fund, in an earlier conversation with YourStory.

Padmaja also believes that startup founders from smaller cities tend to be more tenacious. “They have the drive to make it work and are focused on making it big,” she says.

She’s certain these startups have the potential to serve the global market (and not necessarily just the US). “A global market isn’t restricted to one or two places. A lot of these startups can test and try out markets in Africa, Southeast Asia, parts of Europe, and South America,” she adds.

And rightly so. Thiruvanthapuram-based Genrobotic Innovations’ Bandicoot is a 50 kg, remote-controlled robot, which is an automated solution to clean sewers and end manual scavenging. Their robots have been deployed in five Indian states, and may soon make their way to several countries in the Middle East as well.

Focus on cost and frugality

Another important factor that sets these startups apart is the focus on cost and frugality. While operating from Tier II and III cities is cost-effective by itself, they are also looking at frugal ways to build their products.

While the traditional audiology test equipment costs around Rs 10 lakh, Nautilus’ device costs only Rs 2 lakh, thereby making it affordable for hospitals and healthcare centres from Tier II and III cities to procure it.

Kochi’s Bagmo Technologies also offers a similar device that monitors the temperature of blood bags, and aims to reduce wastage and improve logistics. Founded by IIT Madras alumnus Ashfaq Ashraf and his friends Anas Dalinatakam and Arshad KA, the startup, which started in Bengaluru, has now moved to Kochi.

Bagmo isn’t alone. Despite attracting billions of dollars in funding and top talent, many others are moving to smaller cities. And cost has been seen as one of the primary reasons for this move. As Ashfaq explains, “Kochi assures affordable living and quality manpower, and finding that in a metro city is difficult”.

Investors do the talking

YourStory Research also shows that investors have started showing real interest in startups from the hinterlands. The number of deals and the quantum of funding is a testament to this.

This year too, startups outside major startup hubs have gotten off to a great start, having raised $165 million across 18 deals.

It will be therefore interesting to see what more these startups have to offer, and how they will continue to scale and grow.