Best of Weekender: Meet swimmer-turned-golfer Rehan Poncha, go on adventures in a caravan, and explore the mysteries of an escape room 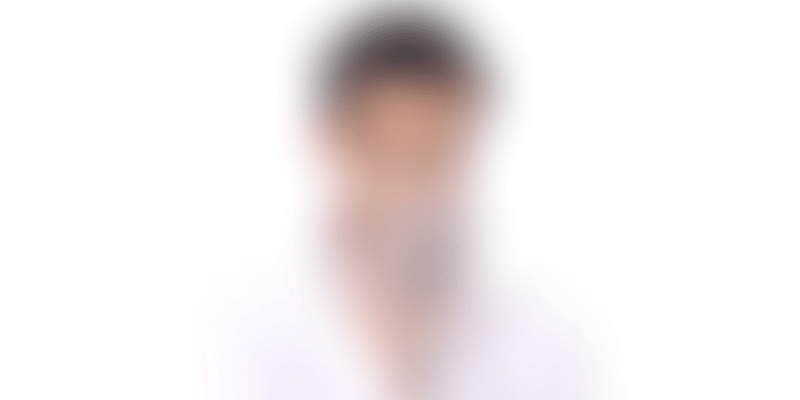 This weekend, find out how Rehan Poncha, the poster boy of Indian swimming, made a comeback with golf. We also tell you how to plan an unusual holiday in a caravan.

After representing India at the 2008 Beijing Olympics, Rehan Poncha, the poster boy of Indian swimming, had to make a big decision about his career.

But instead of succumbing to the short shelf-life of a sports career, the Olympics swimmer and recipient of the Arjuna Award chose to reinvent himself at the age of 26 and switch careers and try a completely different sport, which was golf.

It's been almost a year into golfing, and Rehan is already chalking out the next innings of his career as a sportsperson.

His dream, in his own words, is to be a “double Olympian”.

If you love adventure, why not hire a caravan? This is the hottest holiday trend of the season, say Sanjna Hangal and Vathsala Rangegowda, travel enthusiasts and Co-founders of Trippy Wheels.

Caravanning makes it possible for tourists to experience nomadic life and also gives them the opportunity to explore unknown places. They have the flexibility of staying indoors, camping outside or choosing an accommodation elsewhere.

With comfortable beds, camping equipment, and a tiny kitchenette, a caravan can become a nomadic traveller’s home away from home.

Find out all about caravan travel in our interview with these two enterprising entrepreneurs.

Did you know that some of the classics that are read widely even today are Of Mice and Men by John Steinbeck, The Crucible by Arthur Miller, Lord of the Flies by William Golding and Frankenstein?

As the Penguin Classics Festival is underway at several bookstores this month, here’s your chance to browse through 2,500 unique titles.

What makes a book a classic? We found out all the answers when we interviewed Elda Rotor, vice president and publisher, Penguin Classics.

She told us all about the lure of the classics, why they will never go out of style and which classics everyone must read in their lifetime.

If you love puzzles and games that require a lot of intelligence, you might enjoy the concept of the ‘Escape Room’. The escape rooms are real, theme-based games during which players are locked inside a room and have to escape within a given time frame, by solving riddles and discovering clues.

Don’t miss our interview with Ankit Agrawal, Co-Founder of The Hidden Hour, an escape room company, on how he created these rooms and built the business with his co-founder, Aman Goel.

Among the popular games, Ankit says that escape rooms with themes like Treasure Hunt, Haunted Hostel, Lost on an Island, The Last Halloween, Kaala Paani, Wonderland and Prison Raid are the most popular.

Love the idea of a game like this? Check out an escape room game near you this weekend.

The fourth edition of Serendipity Arts Festival will take place in Panaji, Goa from December 15 to 22 this year and for art lovers, this is the perfect place to enjoy visual, performing and culinary arts, as well as film, literature, and fashion.

In an interview with Smriti Rajgarhia, Director, Serendipity Arts Foundation, she tells us about the role of art and design in society, how the festival is shaping up this year, and why we must head to Goa next month.

Read all about this curated arts festival and the artists who will be taking part in the event this year in our exclusive interview with Smriti.

Is your favourite author Ayn Rand? Is your hero of fiction Superman? Is the ability to lead and create jobs by way of entrepreneurship your ultimate goal? If yes, you would find a kindred spirit in Vishwas Shringi, CEO and Founder, Voylla, who graduated from IIT, Chennai in 1999, and moved to the US to study at Carnegie Mellon University.

When he returned to India, he decided to create an ecommerce platform, and launched Voylla in 2012, which is an online-cum-retail fashion jewelry destination for Indian imitation jewellery.

His motto is: ‘Follow your dreams, they know the way’, and he believes that chasing your dreams is the only way to climb the ladder of success in every sphere of life.

In his responses to our Proust questionnaire, he talks about his greatest fears, his loves, his best journeys and his most treasured possessions.

Best of Weekender: A tête-à-tête with Chef Niyati Rao, a glimpse of Mommy Network, and the delights of Chettinad