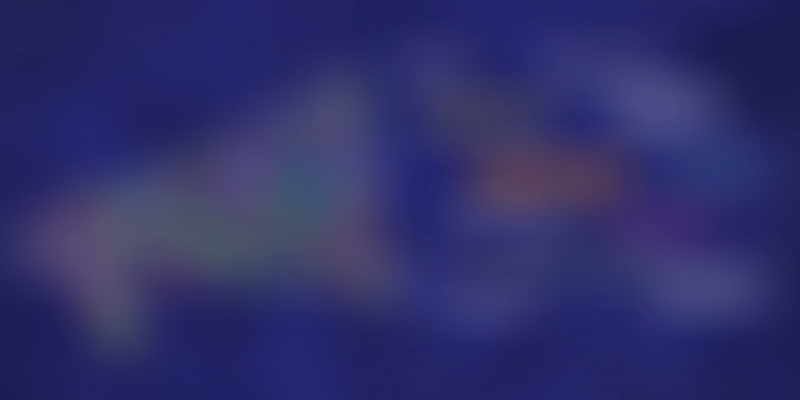 Local language content has become the new favourite of investors and startups aiming to capture the Indian heartland. From Swiggy to SMB brands like Pigeon by Stove Kraft, everyone is targeting India’s next 500 million internet users. And the best way to do that is through vernacular digital ads.

A whopping 230 million internet users who shop, eat, and entertain themselves online prefer to consume content in Indian languages, states management consulting firm RedSeer’s report, ‘Vernacular is NOW, Not the Future’. These people are said to have an annual spending power of $300 billion.

With increased internet penetration, propelled by Reliance Jio, has made going online cheaper and easier, an additional 320 million users are likely to take to the internet by 2023. And these users will come from Bharat - the Tier-II and III cities of India. Needless to say, they will prefer consuming content in the language they are comfortable with.

At ‘Rise of Vernacular Content on Digital Platforms’, an event hosted by RedSeer in Bengaluru recently, stakeholders from the Indian startup ecosystem discussed how internet consumption has changed in Tier II and III cities of India, and how Indian language advertising opportunities have cropped up to capture the internet user in Bharat.

Sajith noted that startups are shifting from English to regional languages to communicate better with their target audience. But is there a difference in shaping online advertising content for audiences in metro cities versus smaller towns?

Licious Marketing Head Vanda says that language is imperative for the online meat and seafood startup. Present in seven cities, it uses English in markets like Bengaluru, Delhi, and Mumbai, as they host a mix of people from diverse regions and ethnicities.

However, when it comes to other cities like Chandigarh and Chennai, English cannot be the primary language of content communication.

“We are not ‘cool’ or ‘uncool’ because we speak English. In my experience, as we go deeper into rural towns, we notice that people want to hear, speak, and read in their local or native languages. If you want to connect with the customers, you should adopt the regional language,” Vanda explained.

But beyond the language, it is also how effectively you employ it to convey your brand’s messaging by way of banners and advertisements. “If we converse in the local language, the conversation rates are much faster and higher,” she added.

With entry barriers being lowered, there has been a spurt of Indian language content on OTT platforms as well. While startups are targeting this next 500 million internet users, giants like Amazon and Google have started making efforts too.

“People are consuming more Indian language content and that has a lot to do with the fact that smartphones now enable users to consume video in an affordable manner,” Blume’s Sajith pointed out.

However, there is a dearth of written content in vernacular languages when compared to the surge in video and audio.

But creating content for regional markets comes with its own set of challenges. It requires concerted efforts and dedication of time, money, and other resources for brands to craft messaging that appeals to Bharat.

According to Swiggy’s Umesh, one of the biggest challenges is content writing itself.

“There is a lack of quality content writers who understand the nuances that attract the Bharat users to a product or app,” he said.

While there are many people fluent in a spoken language, writing marketing content requires different skills. Providing a possible solution, Sajith pointed out that there are many smart writers today in the Indian film industry. “If you can convince them to write for you, then you have won the battle,” he added.

But creating written content for vernacular languages does not mean you adopt a cookie-cutter approach that shuns nuances of each regional language. Vanda pointed out that this is especially so with ad films and radio jingles, where the essence of the language can sometimes get lost.

“We have to realise that each of these languages has to be thought from the soul; you have to start with that particular language and not go with a literal translation,” she added.

However, talent limitations are not all when it comes to getting good content done for your company. There are technical limitations as well. Today, there aren’t enough phones that can work with Indian languages. 3one4 Capital’s Kshitij explained Google Fonts is the biggest investor in Indic scripts, which were not built understanding the dialect nuances of Indian languages.

According to him, what may help is brands pushing for new tools and systems that can make creating Indian content using technology simpler. “We also need to put more education on developing the persona of the user and understanding them better,” he said.

The Jio effect - India is speaking to Bharat, and in local languages

Above all, numbers speak, and to ensure maximum returns on your ad spends, it is crucial to get the ROI right on your brand’s efforts. Taking into consideration consumption penetration rate, ad spends on digital marketing would depend upon the region and platform. The best way to look at ROI is by understanding the target customers and the goals of the brand.

For example, Licious as a brand today spends as much as 55 percent of its revenue on digital advertising, of which five percent goes to Indian languages.

According to Vanda, finding a growth objective is important, be it immediate or long term. It is all about investing in short-term goals, through performance marketing initiatives such as discounts, incentives, etc, and long-term goals, like brand building.

“There is a need to effectively mix both techniques of marketing: performance marketing campaigns and those harnessing influencers, etc,” she added.

Umesh agreed with Vanda about the importance of determining the value of advertising: what do you intend to achieve? Is it connect, conjuring up a feeling of happiness, or anything else? Understanding the target customers and ensuring proper communication channels with them is important along with writing down the measurement techniques for RoI.

“At present, we spend around 60 percent of our revenue on digital advertising, of which around five to 10 percent goes for Indian languages,” Umesh noted, on the ad spends by Swiggy.

According to RedSeer’s report, digital advertising spends in the regional media is set to grow from $300 million in 2018 to $3 billion by 2023. As vernacular users continue to grow, the report predicts that up to 30 percent of advertising spend is expected to come from vernacular ads.

“Facebook and Google currently account for up to 80 percent of Indian digital ad spend. Given the growth of vernacular platforms like Dailyhunt and TikTok, both in terms of user base and time spent, we expect a fundamental shift in the digital ad spend where these platforms take a larger share of the pie,” said Ujjwal Chaudhry, Director of RedSeer Consulting.

Clearly, the next huge slice of the pie is not from English-fluent metros, but India’s Bharat, and brands will do well to get right their digital advertising in the country’s many vernacular tongues.

Indian languages need a voice online. Here’s how homegrown startups are giving them one