[Tech30] After two exits, these serial entrepreneurs get ‘Verismart’ by using blockchain for KYC automation 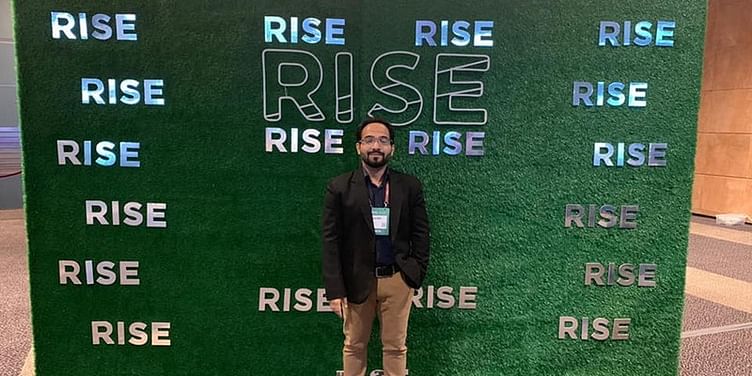 New Delhi-based startup Verismart is attempting to significantly bring down the cost of KYC for businesses using blockchain technology for compliance and fraud management.

Regulatory technology or regtech, often referred to as the younger brother of fintech, is finding its niche market in India. Of course, with the common and popular challenge - abundance of unorganised statutory and compliance data for Know Your Customer (KYC) profiling.

Given the importance of this niche in the mercurial regulations in banking and finance, comes Delhi startup Verismart, which uses blockchain technology to address diverse points for many industries across verticals.

With the disruption in digital transactions moving at a rapid pace, the amount of data that is to be regulated and organised is also growing on par with the risks of cybercrime and identity theft. It is only natural and imperative that regtech delivers its goods, especially in a high-risk financial market that is as dynamic as the one in India.

The New Delhi-based Verismart is an identity blockchain platform which automates the KYC, risk and business profiling of customers, based on the intelligence of multiple institutions across industries like banking, shared economy, and telecom.

“While the placement of data is often shared, fragmented and in unclear territories, one way to bring order to end-authentication of identities is decentralisation,” says Saurabh Gupta, Co-founder of Verismart.

Verismart was founded by Saurabh Gupta and Piyush Gupta who met through a common friend. The 30-year-old Saurabh has a B.Tech from GGSIPU, Delhi.

Previously, he co-founded and successfully ran Getmeashop.com from 2012 to 2014, an ecommerce enabler that helped anybody go online. With more than 800 shops created, the startup was acquired by the Times Internet Group in 2015.

Between 2010 and 2015, Saurabh and 28-year-old Piyush also co-founded the New Delhi-based Metawing, a fintech product that was sold to a private equity fund at an undisclosed amount. Piyush worked with Byju’s earlier, and finished B.Tech from Delhi College of Engineering.

“The addressable target market is primarily the underbanked segment of society. There are more than 950 million underbanked people in Asia alone. We want to cater our product to this demographic as part of our financial inclusion strategy,” says Saurabh.

They started Verismart with an objective to align themselves with the vision for smart cities in the country and the better possibilities of the consumer-enterprise interaction.

With the increasing cost of risk management and compliance, technology and analytics help the finance sector be better equipped to handle regulations. And regtech plays a huge role to enable this.

Verismart also automates privacy compliances, which could comprise more than 800 datasets, based on shared data in the form of smart contracts, to make it easily shareable and instantly deployable.

Claiming to have more than 50 paying customers, the blockchain startup makes its revenue through a pay-per-transaction model, where users pay for cognitive profiling and per-API.

Saurabh says, “The startup also has clients in the telecom industry and more than 15 NBFCs.”

The startup raised a pre-seed round and a seed round so far (undisclosed), from Smart Dubai government, Startup Bootcamp (SBC), Global Scaling Academy and Reid Hoffman, Co-founder of LinkedIn.

Having claimed to have on-boarded over 11 million profiles on its blockchain to offer multiple banking products with auto refinancing, Verismart envisions to clock 600 million profiles by 2021.

Startups like Simility, Digio, DotAI, NextKYC, Credible Ninja and Signzy among others are primarily regtech players. Globally, prominent players include Securekey and Palo Alto-based identity verification startup Jumio, which also has its offices in Jaipur and Bengaluru.