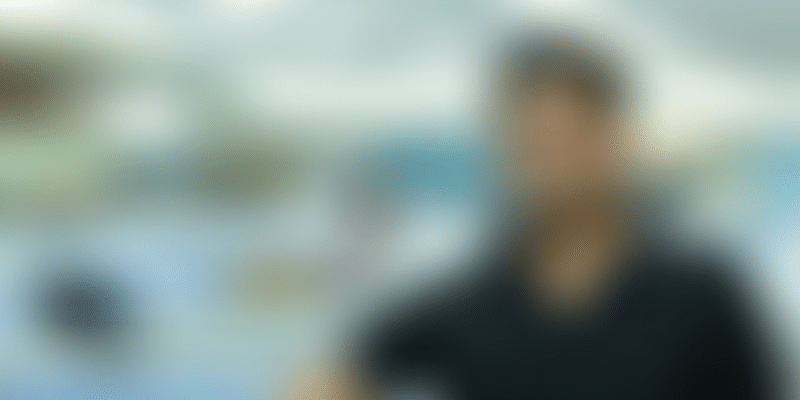 The Turning Point is a series of short articles that focusses on the moment when an entrepreneur hit upon their winning idea. Today, we look at BYJU'S, the world’s highest-valued edtech startup.

Whether it is getting Shahrukh Khan on board as a brand ambassador or becoming one of the highest valued edtech startups in the world, BYJU'S is now synonymous with edtech in India.

The startup's current valuation stands at $5.7 billion with CEO and Co-founder Byju Raveendran holding a 21 percent stake in the company.

However, BYJU'S journey – that of the startup and the founder - is like none other. Byju doesn’t have the IIT and IIM tag. Growing up in Azhikode in Kannur district of Kerala, he went to a Malayalam-medium school. What helped was that he had an instant affinity for mathematics and science.

Even today, he calls his English skills average. “The average English that I speak during this interview,” he tells us, “I learnt listening to sport commentary on radio. And maybe that’s also the reason I speak fast,” he says.

Soon, his love for math and science had gone beyond just academics.

Byju felt that that the faulty education system in the country was designed to create “obedient factory workers”, to ensure that people were compliant. This, he says, serves as a major deterrent to creative thinking.

“We need to make sure that students are not passive learners, but active learners,” he says. An engineer, Byju’s journey began with helping his friends for CAT coaching. This led to BYJU'S CAT coaching classes.

At the time, he was working overseas for Pan Ocean Shipping Ltd, a UK-based shipping firm. What started as an informal stint with just 35 students soon turned into something massive, garnering 1,200 students in just six sessions.

“It kept getting bigger and better. I started travelling and doing the sessions in nine different cities every week,” he says, “It used to be Saturday mornings in Bengaluru, evenings in Chennai, Sunday mornings in Mumbai, and evenings in Pune… and Monday to Friday, five more cities.”

This was the beginning of what would be today’s version of BYJU'S.

That the format was working across the cities was amply evident. From packed classrooms, the teacher-turned-entrepreneur had to shift to auditoriums and eventually to large indoor stadiums, where he would be tutoring close to 25,000 students at once.

Although the edtech entrepreneur never started with a business plan in mind, the venture followed its own course.

In 2011, the company was officially registered as Think & Learn Pvt Ltd. Better recognised by its brand name, BYJU'S – The Learning App (launched in 2015), the startup today is one of the few Indian companies that has witnessed 100 percent growth in three consecutive years.

In FY19, it recorded a massive 200 percent growth.

[The Turning Point] From starting as a WhatsApp service to getting Google to make its first dir...