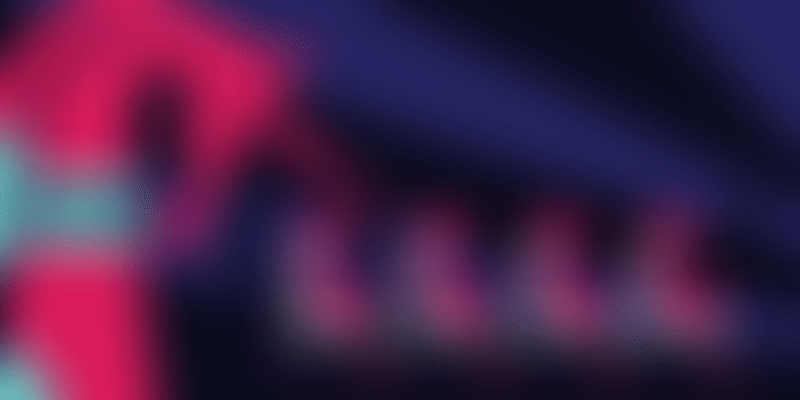 The third largest startup ecosystem in the world is seeing a new breed of unicorns emerging from the stables of existing unicorns. Ola Electric, Paytm Mall, and PhonePe have already differentiated themselves from their parents, and experts say this trend is likely to continue.

InMobi may have been India's first unicorn, but a number of homegrown startups have since then made their way into the coveted club. With around 24 unicorns, including the likes of Flipkart, One97 Communications, Ola Cabs, OYO Rooms, and Byju’s, the country has emerged as the third largest ecosystem for more successful startups right behind China and the US but ahead of Britain and Israel.

These unicorns are now scripting a new chapter in India’s startup story. As the breeding ground for a fresh set of unicorns, they are signalling that India’s entrepreneurial ecosystem is maturing and strengthening.

The trend of unicorns giving birth to other unicorns has been there for a while now, especially in China and the US. Uber and Alibaba are well known for growing their self-driving car business (Uber ATG) and fintech business (Ant Financial), respectively. But, these examples were missing from the Indian startup ecosystem.

Things changed when Paytm Mall became a unicorn last year by raising money from Japanese behemoth Softbank and Chinese giant Alibaba. That round of investment valued the company at about $1.9 billion.

This year, Ola Electric Mobility Pvt Ltd raised about $250 million from SoftBank to become the second company founded by Bhavish Aggarwal to join the coveted unicorn club of startups.

Things didn’t stop there. In June this year, media reports said Paytm was in talks to raise a mega funding round for Paytm Money, the entity that runs the mutual funds, insurance, forex, and other financial services on the platform. The reports said the firm was valued at $5 billion and was planning to raise a $1.2 billion mega round. Parent Paytm, meanwhile, is the most valued startup right now, with a valuation of around $10 billion-12 billion.

There is also strong speculation about Walmart engineering a spin-off of PhonePe from parent Flipkart, as part of a $1 billion funding round that could value the payment unit at between $7 billion and $10 billion.

According to Hurun Research Institute,“Twenty, or 4 percent, of the world’s unicorns were incubated by large companies before being spun off and attracting outside investors”. The report said Chinese companies are far and away the most successful at spinning off unicorns, with 18 of the world’s 20 “spun-off” unicorns.

It added, “Alibaba, for example, started Alipay before spinning its fintech business into Ant Financial in 2014. Alibaba, PingAn, and China-based ecommerce platform JD have spun off three unicorns, respectively, followed by Suning and Netease with two, respectively.”

But the trend of unicorns birthing unicorns is no longer just a Chinese or US phenomenon.

Speaking to YourStory, Vikram Gupta, Founder of IvyCap Ventures, said, “This is a strategy to leverage the strength already created with easy access to great teams and complimentary businesses that have not been fully captured by others.” He disagreed with the notion that these strategies might be directly related to impending IPOs.

Moving up the value chain

The Indian startup ecosystem has become the third largest globally and is known for its technical acumen and entrepreneurial culture. This trend of unicorns spawning unicorns is also a sign of moving up the value chain.

Siddarth Pai, Founding Partner, 3one4 Capital, says, “This is a sign of maturity for the Indian startup ecosystem where there is capital available and what they look for is pedigree of management with execution ability.”

At the same time, founders of unicorns also look at value creation of their assets while banking on their original credibility.

Satish Meena, Senior Forecast Analyst at Forrester, said, “The idea is to get the best possible value for the asset. Flipkart has already created credibility and they want to use that credibility to get better valuation in its payment business. At the same time, they want to raise funds from outside. They don’t want to take more money from Walmart, as it is also investing very heavily in ecommerce in the US, taking on Amazon. So, if PhonePe gets funds from outside, that will certainly help shareholders of Walmart. Similarly, for Ola Electric, apart from the credibility of Ola, there is nothing else in the new entity. It was totally built on the kind of relationship Ola has with SoftBank.”

He added that the current market, be it for cabs or ecommerce, will take more time to grow. “The cab business is not growing in double digits. It’s not going to grow like how it grew in 2014-15. So, it is for them to make sure that the valuation remains high. One needs to go to an investor and sell a new story.”

Arvind Singhal, Chairman, Technopak, seconded the idea of selling a new story to investors. “If your old story is not selling, you sell a new one to investors. Today, ecommerce companies can also spin off their logistics business and make them more valuable.”

Companies may be selling new stories and creating fresh unicorns, but the fact remains that they are being run as different entities.

Ola Electric is a different business from Ola Cabs. PhonePe and Paytm Mall are businesses that stand apart from Flipkart’s ecommerce and Paytm’s fintech business. But only time will tell if the DNA of the parent unicorn can actually help build a unicorn that is a completely different business.

Rajat Tandon, President of IVCA, said, “Unicorns today are helping build new unicorns as existing ones understand the path it takes to build a unicorn. They understand the pain and the journey. So, it’s easy for a unicorn to build another. Champions breed champions."

If a unicorn is investing for vertical integration, it will eventually complement its business. But if it’s lateral integration, it is for scoping out new opportunities, helping the ecosystem, and supporting the cause. “Many a times they help fuel the fire in the ecosystem. In turn, they also learn something new,” Rajat added.

However, investors also strike a note of caution on how these unicorns parent their “babies”.

“Sometimes the new unicorns are not aligned to the main business of the parent company and if they raise capital at lower valuation then it sends a bad signal,” Siddarth says.

The National Association of Software and Services Companies (Nasscom) in a recent report stated that by 2025 it was expected that India would have around 95-105 unicorns, enjoying a cumulative valuation of $350 billion-390 billion.

While it is possible for any unicorn to diversify into a related business and create a new one, there are already a few businesses that stand out as “soonicorns”.

After scaling down its acquired Foodpanda business, Ola Foods, the ride hailing app’s food business, is reported to have plans to scale up private brands across online marketplaces and physical outlets.

Similarly, Paytm First Games (Gamepind entertainment private Ltd), the gaming platform of Paytm group, operates in a lucrative market. According to Orbis Research, the global sports fantasy gaming market is forecast to grow from $13 billion to $33 billion by 2025. Dream 11 is the first Indian gaming startup to enter the unicorn club recently. One 97 is investing heavily in Paytm’s segments such as travel, entertainment, and games; each of these has the potential to be a unicorn.

InMobi, India’s first unicorn, has also established a holding company structure with its three core businesses operating as separate entities even as the SoftBank-backed mobile marketing tech firm gets ready for an eventual IPO. The three subsidiaries under the holding company, InMobi Group, are: InMobi UMC, TruFactor, and Glance.

The group believes that each of these businesses is a multibillion-dollar opportunity. It recently said it was at a stage where restructuring these businesses as independent companies “gave them the autonomy needed to execute their own strategies”.

Then there is DocPrime, a new venture by the PolicyBazaar Group that owns India’s leading insurtech brand PolicyBazaar.com and top fintech marketplace PaisaBazaar.com. Tele-medicine venture Docprime is modeled on one of China's biggest online healthcare providers, Ping An Good Doctor.

Other startups, including non-unicorns, have also spun out their business units and successfully raised funds independently.

According to the Nasscom report quoted earlier, “There are also over 50 potential unicorns in the country at present that have received cumulative funding > $50 million.”

Nasscom added that it aimed to accelerate this ecosystem significantly by 2025. This mission may be easier if parent unicorns breed more successful startups.

However, not all see the situation as hunky-dory.

“What we saw with Softbank’s investment in WeWork was that the former kept on investing into the latter at an inflated rate, and thus gaining on each subsequent valuation. But, some day when the lights come on, the emperor discovers that he has no clothes on.”

He added that unicorns struggle to retain their valuation for a long time, giving examples of former unicorns like Hike, Snapdeal, and Shopclues.

But despite the cautionary note, the future seems buoyant for entrepreneurs. Here’s hoping that unicorns can help create more unicorns, and grow the startup ecosystem.

10 books that will help you build the next startup unicorn