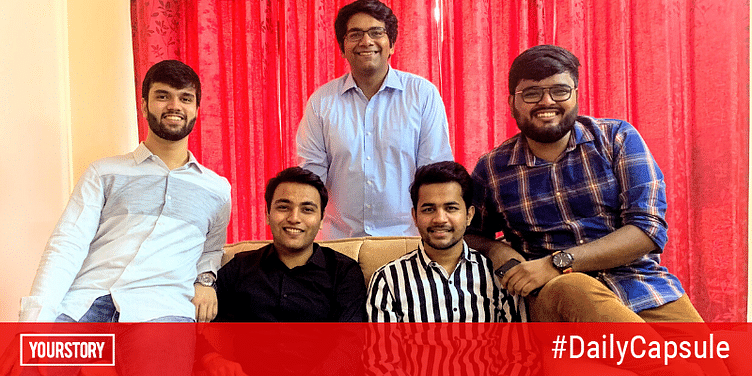 American entrepreneur, animator, and film producer Walt Disney once said, “You can design and create, and build the most wonderful place in the world. But it takes people to make the dream a reality.”

American entrepreneur, animator, and film producer Walt Disney once said, “You can design and create, and build the most wonderful place in the world. But it takes people to make the dream a reality.”

On this very day, 91 years ago, the first Mickey Mouse sound film “Steamboat Willie” was released. And the rest is history. Walt Disney Company not only made our childhood special but also ended up becoming one of the largest entertainment companies in the world. Today, it's worth roughly $130 billion.

And all came from one man's dream and creativity.

Speaking of creativity, friends and batchmates Anirudh Singla (20), Rishabh Shekhar (21), and Rishank Pandey (21) turned to entrepreneurship to help individuals effectively brand themselves on the internet.

Given how content writing and creation can help secure business connections and market a product, these entrepreneurs launched Pepper in 2017 out of their dorm room. Today, it is building a community of voice, video, and vernacular subject matter.

Raja Sekhar Reddy and Shishir Gorle launched Squaremeal Foods to provide employment to speech- and hearing-impaired individuals. They now run three restaurants, aim to launch 20 more by 2022, and also run a non-profit that trains and places SHIs at Amazon, Delhivery, and other companies.

Bootstrapped startup Revive Auto is an on-demand dedicated car body shop specialist. It offers customisation, dent and scratch repair with over 250 working bays in six cities working in tandem with a customer’s requirement.

Mumbai-based Nerve Solutions addresses gaps in the financial markets with APIs and developer tools. One of its tools, n.Prime, claims to be the only autonomous risk system in the market.

Last Friday, AngelList India announced Angel Funds, which allow individuals and institutions to raise small pools of capital in the range of Rs 2 to 8 crore to be deployed within a period of six to 12 months. With this comes the first-ever alumni angel fund.

Started in 2013, goStops is a full-stack youth hostel company. It leases, manages, franchises real estate assets, which are then designed, transformed, marketed, sold, and operated as youth hostels in business and leisure locations preferred by millennials.

Keep your children away from screens with Miko the robot

How Oye! Rickshaw is solving the last-mile problem

Delhi-based Oye! Rickshaw is an electric rickshaw mobility platform that connects driver partners and users. After completing two million rides in a year, the team is now looking to expand to different cities.