WATCH: The week that was - from cars for OOH ads to algorithms for astrologers, a revisit of some great startup stories 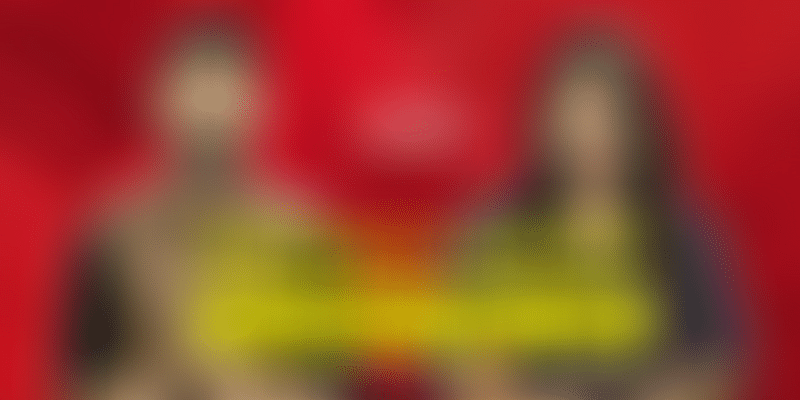 Startups succeed when they are able to effectively address real problems people and organisations face. In our weekly wrap of stories, read all about the disruptive startups and enthusiastic entrepreneurs we covered this week.

When city dwellers spend considerable portions of their day commuting, they tend to inadvertently stare at the back of the vehicle in front of them. Mumbai-based startup Wrap2Earn realised this is the perfect canvas for brands to advertise their products. Their marketing efforts will be seen all over the city since, unlike standard billboards, cars move around.

Out-of-home (OOH) or outdoor advertising has always been a great way to capture the attention of potential customers on the road, but Wrap2Earn, which was set up in 2016, is reinventing it a tad bit. The startup functions as a tech-enabled moving billboard marketplace that connect brands with car owners allowing for high-impact exterior and interior car advertising campaigns.

They say it is all in the stars, and if somebody can quite accurately predict something good or bad is going to happen in your professional or personal lives, then why not build a business around it?Especially when there is technology available to reach a wider audience. AstroTalk is one such technology-driven astrology startup based out of Delhi. It was started in 2017 by Puneet Gupta, a techie, who never believed in astrology. But after certain emotional turbulence, his faith became stronger because somebody predicted that he would go through a rough patch.

Today, the startup is bringing both astrologers and consumers together on its tech platform. One can get predictions related to love life, marriage, career, etc. However, the startup claims its key focus since the beginning has been maintaining the privacy of its customers.

Now, for the star of our week. Our Techie Tuesday column this week saw featured Anand Jain of CleverTap.

In 2013, when Anand Jain, Sunil Thomas, and Suresh Kondamudi left Network18, they knew one thing: communications in the digital world needed to be timely and quick. This thought led them to start CleverTap, a SaaS-based mobile analytics and mobile marketing company based in Mountain View, California. Today, as the Chief Strategy Officer and Co-founder of CleverTap, Anand works on larger organisational and strategic goals of helping brands leverage user data, automation, AI/ML, and personalisation techniques on CleverTap. But his tryst with technology began when he was in his early teens.

In keeping with the theme of great entrepreneurs chasing disruptive ideas is our feature of this startup that realises that the future is digital. The co-founders of StratBeans Consulting, Sameer Nigam (CEO), Prasoon Nigam (CTO), and Pradeip Agarwal (VP–Marketing), knew this way back in 2009 and decided to start up with an e-learning startup that improves employee performance using digital products and solutions. Ten years down the line, Gurugram-based StratBeans Consulting, a leading provider of customised e-learning, learning management systems (LMS), and marketing content, claims to have served more than five million users worldwide.

And with today’s competitive business environment focusing on employees’ upskilling and its relevance to the overall growth of a business, StratBeans seems to be in the right place, at the right time. Speaking of the problem statement, Sameer says, "A major challenge most companies faced at the time was to strengthen customer relationships, which involved a detailed process.

The employees needed to continuously learn and evolve to deliver a superior customer experience, and lead to business growth.” The three co-founders saw an opportunity 'to create a platform that provides a holistic digital strategy for enterprises'. Today, the startup offers learning and training products to enterprises to train and upskill their employees, with an end goal to help them achieve better customer success.

Now a little bit of English for everyone. In 2014, Ninad Vengurlekar, a Harvard graduate, was volunteering with the Teach India English Learning Initiative as an English tutor. Also a trained tutor by British Council, Ninad was teaching 12 English learners between the ages of 18 and 35 at BDD Chawl in Worli, Mumbai. Although his students attended the classes regularly, Ninadrealised that they were hesitant to speak in English for fear of being ridiculed, even in a class where everyone was struggling to learn the language. Ninad resolved to do something about this.

After repeated attempts to make his students speak in English, he started a WhatsApp group with all the 12 learners. He recalls, “In the first day itself, the students exchanged over 400 messages in English – including texts, recorded audios, videos, and memes. Over the next one week, over 600 messages were being exchanged every day by the same learners who refused to speak in the classroom.” He soon realised that the everyday habit of messaging was ideally suited for improving learners’ conversational fluency in English.

Over the next two-and-a-half months, Ninad integrated WhatsApp chatting in his daily teaching curriculum and observed a marked improvement in the spoken and written skills of his learners, which a traditional classroom model had not come close to achieving. Ninad then set out to rope in his former colleague, Amit Bhadbhade, to map the data from these WhatsApp chats to understand how the learning levels of the students had improved.

Of all the ‘hungry-for-disruption’ segments where technology has made its presence felt in the last decade, the apartment security market might be the least glamorous. But it has undoubtedly sprouted newer opportunities and greater market potential with the influx of biggies like Reliance Industries (which has entered the segment with its apartment-management app JioGate), NoBroker, and Adda, to name a few. In this episode of UpClose, watch Vijay Arisetty give his take on competition from big names such as Reliance, NoBroker, and Adda in the apartment security market.

It all started—at least in the Indian context—with a former Indian Air Force pilot trying to bring a sense of security and safety into the ever-expanding world of gated premises. Vijay Arisetty, CEO and Co-founder of Bengaluru-based MyGate, launched his security management startup in 2016, at a time when the concept was fairly new and when apartment security was more or less marked by ‘man guarding’.

Cut to 2019, and, today, app-based security management is a boiling pot of opportunities. From prominent players in the real-estate business to multinational conglomerates, everyone wants a slice of the pie. Residential security looks set to grow as an opportunity, poised to reach a whopping $74.7 billion in global market size by 2023.

WATCH: The week that was - from Xiaomi's success in India to startups going after the next 300M...