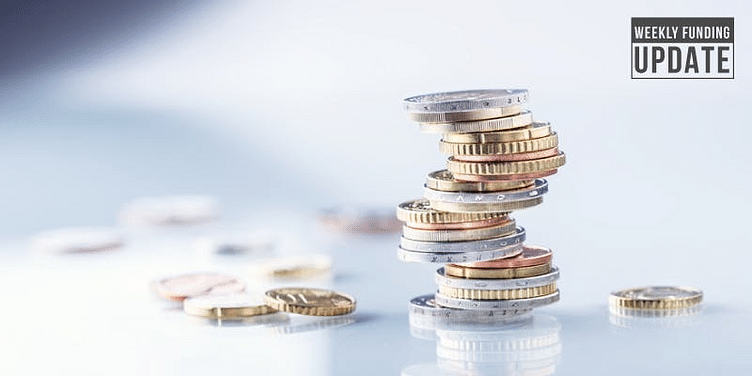 While 13 early-stage deals mopped up $107.4 million, the rest of the funding was distributed across three late-stage deals and eight other deals. A total of 24 equity deals were made this week.

Like last week, this week also saw the participation of venture debt funds. Startups raised $18.5 million through venture debt. The equity funding amount raised this week was down 20 percent, to $150.7 million, compared to last week’s $189 million. The flavour of the week were the six Series B deals (considered to be growth-stage deals) that together raised $104 million.

Fintech startup Perfios Software Solutions has raised about $50 million (about Rs 359 crore) in funding, led by an affiliate of private equity funds managed by Warburg Pincus LLC and Bessemer Venture Partners. The investment amount includes primary capital infusion into the company and purchase of shares from early angel investors, a statement said. The funds from the Series B round will be utilised for continued technology innovation, international expansion, and potential acquisitions.

Gurugram-based Wingreens Farms Private Limited (Wingreens) raised Rs 125 crore (or $17.37 million, as per current exchange rate) as a part of its Series B funding round led by Zurich-based private equity fund responsAbility Investments AG. Existing investor Sequoia India also participated as a part of this round.

Diagnostic testing startup Healthians raised Rs 85 crore, or about $12 million, as a part of its Series B funding, led by DG Incubation and DG Daiwa Ventures from Japan. The round also saw participation from Mistletoe and Tokio Marine from Singapore, Kotak PE and Trifecta from India along with other existing investors.

Delhi-NCR based coworking space startup myHQ raised $1.5 million in its pre-Series A funding round led by India Quotient. Singapore-based family office RB Investments, Ashish Goenka from Suashish, and other investors also participated in the round.

Fintech startup Kaarva raised an undisclosed seed fund amount from angels such as Naveen Tewari, Amit Gupta, and others.

EasyRewardz, the Gurugram-headquartered customer engagement and rewards platform startup, raised a Series B round of funding from Flipkart. However, the company did not disclose the quantum of the fund raised.

Mumbai-based And Nothing Else (ANE), a 100 percent clean-label food brand aiming to rebuild the world’s trust in food, raised an undisclosed amount of funding from Matrix Partners India.

TravelTriangle, a Gurugram-based online travel marketplace for holiday packages, has raised $13 million in a Series D funding round from South Korea-based KB Global Platform fund and the Nandan Nilekani-led Fundamentum Partnership Fund I.

Health and fitness startup Curefit raised $0.47 million as part of its Series D funding round from Bengaluru-based FPGA Family Foundation.

Online grocery startup Grofers raised $20 million in a funding round from Bennett Colemen & Co via warrant issue. In May this year, the startup raised $220 million in a round led by SoftBank Vision Fund. South Korean investment firm KTB Ventures and existing investors Tiger Global and Sequoia Capital also invested in the round.

Jaipur-based language learning platform Multibhashi raised an undisclosed amount in its latest round of investment from a set of investors led by Rarejob Inc, a leading online English learning player listed in Japan.

Virtual ecommerce platform Digital Mall of Asia (DMA) raised close to Rs 22 crore ($3.06 million) in a fresh funding round. The investment was made by Satish Jain through Amour Infrastructure. With this funding, DMA plans to scale up its product development and branding initiatives to create large-scale awareness about its key offerings, followed by an upcoming launch in the Indian ecommerce space.

Innovation in Food and Agriculture Fund managed by Sathguru Catalyser Advisors invested about $4 million in early-stage life sciences company, Telluris Biotech India. With this, Sathguru will also hold a minority stake in the startup.

Fireside has also announced its first investment from Fund II in Gynoveda, a personal care brand built around the core objective of using Ayurveda in the area of menstrual health.

US-based tech major UST Global has invested in Cogniphi Technologies, an AI and cognitive technology startup in India. The amount was undisclosed.

In yet another deal, S4 Capital Plc, the digital advertising and marketing services company, announced that its global content practice MediaMonks had acquired Delhi-based content creation and production company WhiteBalance.