WATCH: The week that was – from meat that is Licious to the future of cricket, here are some great startup lessons

An idea can change the world, and this week, these entrepreneurs turned on their thinking caps and came up with startup stories that disrupted different sectors with equally scalable visions.

That the Indian youth aren't job and future-ready is reiterated in many reports. It’s a pain point that Prateek Shukla, Nrupul Dev, and Yogesh Bhat decided to tackle with Masai School, a coding bootcamp that offers learning programmes to create skilled professionals.

The Bengaluru-based startup, which was launched in June 2019, is open to anybody seeking training in coding. Interestingly, learners are enrolled for free at Masai School for its six month, full-stack web development programme along with personality development and soft skills coaching. The clincher? Customers can opt to pay the course fee later, after getting a suitable job. Now, isn’t that a great way to start your weekly wrap? A job seeking junta that is future and job-ready?

A startup that helps job seekers acquire skills is one thing, yet it’s quite another to see the successful workings of a startup that has scaled. In Behind the Scenes, YourStory looked at how Licious founders have created a synergy that busts that all-knowing fact that more than 90 percent startups fail.

Dressed in gumboots, wearing shower caps and rubber aprons, the 6 am shift workers at the Licious factory in Hoskote are primed to receive a fresh stock of produce for cleaning, treating, and packaging. A temperature-controlled truck vrooms in with fresh stock of chicken. The temperature of the meat is tested and moved for further testing. That done, it is packed and sent for delivery.

The clockwork precision of meat delivery is all about freshness, cleanliness, and hygiene. The startup’s ecommerce model sees customers order on the website or app. Licious has partnered with 180 vendors to date with 56 delivery centres and an employee strength of 2,000. Contractual arrangements with large institutional meat vendors trained in managing livestock and meat handling techniques, according to international standards, it is FSSC 22000 certified. Inspiring? Yes. A lesson to learn from Licious? Definitely.

Talking about lessons, the Techie Tuesday column this week featured a startup that disrupts in the truest sense.

“The first rule of disruption is: You do not talk about disruption.” The 52-year-old founder of HubSpot had a serendipitous foray into the world of entrepreneurship. The self-confessed introvert has come a long way since, disruption-wise and otherwise. Hubspot offers the industry’s first inbound marketing system for small businesses. Read on about this techie and his idea.

Now that we’ve dealt with the inspired, disrupted and employable, it’s time to get shaken and stirred! A startup and its love for milkshakes is another story this week. Their love for food – in specific a rich and creamy milkshake – led two college friends to bootstrap their startup in the F&B space. College roommates Nishant Tripathi and Anil Paremal, who crossed paths during engineering, took their memory of that “sad and watery canteen milkshake” and turned it around into a bootstrapped startup: Shake It Off.

“This was around 2008,” Nishant recalls, adding, “Anil would continuously rant about the quality of milkshakes at college. And I would wonder what he was going on about. The question was answered when I visited Dubai to meet him in 2015 and we went to a couple of gourmet shake shops there.”

Shaken, most definitely, and stirred with flavour, does this inspire you to startup?

With the tummy satiated, and also your mind, the onus lies in ensuring that “Jack” indulges in some play, not all work. Put your game face on with this startup launched in 2017 when internet penetration was peaking.

The tiny gap of having to choose between movies, television, and the internet had Ninad Bhagwat, CEO and co-founder of Deftouch thinking on his feet. He felt there was no localised content truly relevant to Indians that they could wholeheartedly own.

“The Indian mobile user ecosystem did not have the kind of mobile games that they deserved, and something they should pay for,” he adds. With a vision to dominate the market of real money gaming, Bengaluru-based Deftouch claims to have built the world’s first real-time multiplayer cricket game, All Star Cricket. Started in February 2018 with two people — founders Ninad Bhagwat and Keshav Sunder — the startup is now a 20-people-strong team. Here’s how you can play cricket in the future.

While we often ignore SMBs, they are the lifeline of our economy. Inseparable friends since school, Mumbai-based 40-something entrepreneurs Gautam Singhvi and Prasanna Shetty started Diamond Factory and turned their fortunes around. At the same college, they organised events and realised their flair for management, aiming to do something big on their own. Gautam’s family was in the jewellery business, and they leveraged the family’s expertise, knowledge, and connections.

In 1999, the duo started supplying gold coins, chains, and small orders to wholesalers and retailers. But Gautam wasn’t initially fated to be an entrepreneur. His father, a local gold jeweller, believed the entire family should take care of the store. “Ever since I was in school, I used to go to my father’s jewellery store and observe. The plan was to join the store full-time after graduating from college,” says Gautam.

And that’s a wrap for the week.

WATCH: The week that was - from cars for OOH ads to algorithms for astrologers, a revisit of some great startup stories 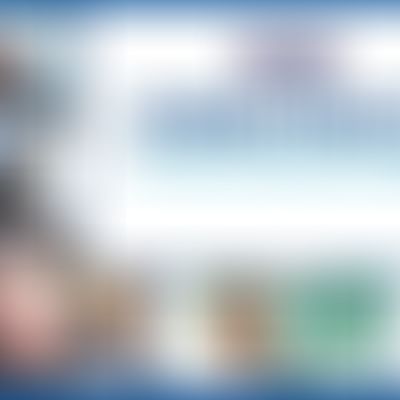