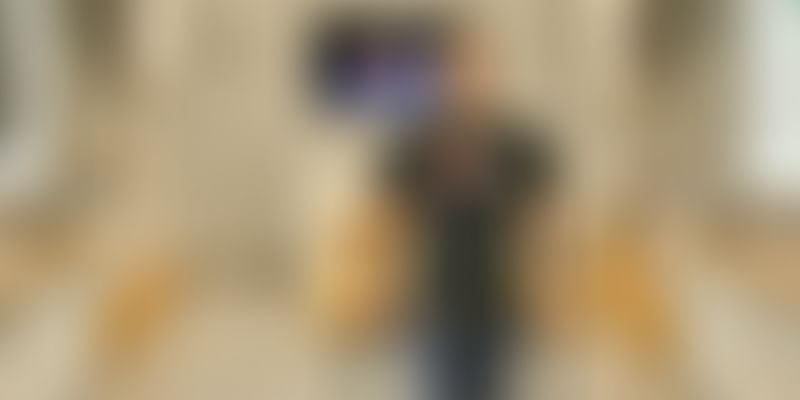 Xiaomi India MD Manu Kumar Jain reveals the biggest success factor of the smartphone brand in the country, his advice for foreign brands that want to make inroads, and what it's like to work with Lei Jun.

Since entering the India market, Xiaomi has become India’s No 1 smartphone brand in a short span of three years, defeating global giants like Samsung and other Chinese phone companies like Vivo and Oppo. The phenomenal success of Xiaomi, as dissected by its Managing Director for India, Manu Kumar Jain, has a lot to do with great products that come at an honest price, the home market strategy in India, and an empowered local team. Manu, with his charisma and entrepreneurial spirit, was the man who pulled this together.

In the wide-ranging conversation for this episode of GGV Capital's podcast, Evolving for the Next Billion, we discussed the biggest success factor of Xiaomi in India, his advice for foreign brands that want to make inroads into the country, and what it's like to work with Leijun.

Hans Tung: How would you rank Xiaomi's three success factors in India: the price point, the distribution channel, and fan-based community?

Manu Kumar Jain: The first one is definitely the product. If the product is not great, we cannot succeed no matter what we do. Every time we launch a product, it needs to have the latest and the best specs of innovation, the highest possible quality standards, and it has to come with an honest price. It may not be the lowest price, but we keep a less than five percent profit margin for ourselves. We cut down on the cost and then pass it on to users, and that’s why we call this 'honest price'. If you look at many of the historic brands, they were great at innovation and great at quality, but extremely bad on pricing. I believe today we are the only brand across different product categories that can take the box on all three: product, quality, and price. If you don’t have a great product with great quality and pricing, you cannot win.

The second thing that makes us different is our people. It is the place you know the majority of people do not come from a smartphone background. They come from an internet background. They’re from companies like Google, Facebook, eBay, Flipkart, Snapdeal, etc. For many people, they have never done anything like this before; they are willing to take risks.

The third reason is because we haven’t done anything similar to what other companies did. Five years ago, 94 percent of the market was offline. Only six percent was online.

When we were launching, I went to a large number of tech CEOs, my mentors, and people who had run mobile companies before. They said, “Manu, this is the wrong strategy. You are going after the six percent market. Ninety-four percent of the market is offline. The way to sell a smartphone is by spending a lot of money on marketing and sell offline. You are doing none of it”.

I was worried. I said maybe we were doing something wrong, but we have never done what others did. When at the time the market was going offline, we went online. We now have close to 50 percent market share within the online segment. We grew that. We have done a lot of things differently, but it is our channel, whether it is distribution, or it is marketing using social media, and that has helped us to differentiate from any other brand that has been traditionally here in India.

HT: What are some common pitfalls for foreign brands that are trying to make inroads into the Indian market?

MKJ: One, when foreign brands come here, people tend to go for relevant experience rather than being more experimentative. If an FMCG company is opening shop here, they will try and hire a person with 20 years of FMCG experience, saying he or she is the right person to bring to businesses. Two, a lot of brands don’t realise that India is not one country.

India is a combination of 30 countries in a way because we have 30 provinces or states. Every State, every province has a different core, language, religions, and food.

When you’re building products or a business, you have to keep in mind that it’s almost like building a business for Africa or for Europe, which have different countries with different cultures. You have to keep that in mind; you cannot build it the way you would build it for the US or even for China, because it’s not an homogeneous country. When we started building phones, from day one we had it always available in 12 different languages. Now we cover almost all key Indian languages. People will want to consume content in their local, native language.

HT: Five years after working with Lei Jun, what are some of the unexpected things you have learnt along the way?

MKJ: I would say two things. One, almost all the leaders that I have worked with either know products very well or business very well. For example, operations. How to run business, ecommerce, customer care, etc., a lot of these things. I’m not saying he’s the only one, but among the people that I have worked with, I can’t think of anybody else who’s a great tech and product guy, who’s also a great business and operation person. It’s amazing how he could have a conversation about building billions of dollars of business one one hand, and on the other he can go microscopic, talking about the camera features of a popular phone. His ability to discuss both products and business is incredible, and he spends an equal amount of time on both of them. I’m yet to meet anybody else who can do this as efficiently as Lei Jun.

Second is the ability to connect with a large number of people despite him not being very comfortable speaking English. When it comes to him, he makes it a point to meet all the key leaders, team members in India, one on one. He will spend a lot of time with me, sometimes our one on ones would last six, eight hours.

HT: When you compare notes with other friends who are at Google and Facebook or other big Silicon Valley firms in India, how is their relationship with their 'headquarters'? Is it the same or different to how you work with Lei Jun?

MKJ: Very different. A lot of companies that you mentioned, their India or APAC head would rarely talk to the formal CEO or Chairman on a daily basis. They typically meet once in a year for an annual review, with no direct access to the entire board in case of any problem or issue.

In my case, I talk to Lei Jun almost on a daily basis. Every time I go, I meet our board members and co-founders. We discuss how or what are we doing in India, how we build up an even more robust business. The second way it is different is because many are multinational companies; India is part of APAC, which has been part of some other organisation. Unlike many other Silicon Valley companies or multinational companies, where India is just a recipient of products are built for other countries. At Xiaomi, we bring products for India and in India, and that is a huge difference.