[App Fridays] Lend an ear to India’s most famous voices, for free, with Audible Suno 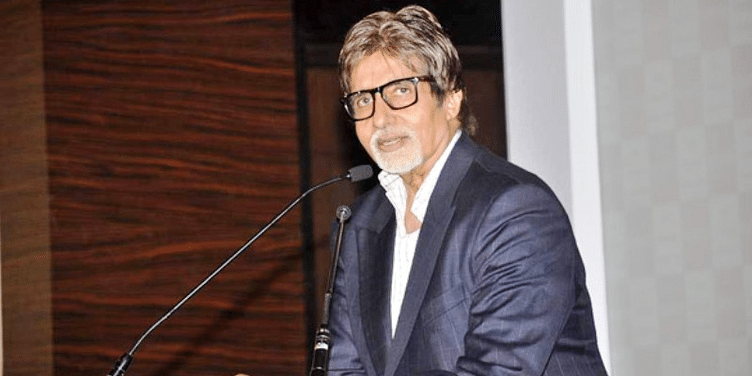 Storytelling is ingrained in India’s culture. As children, we listened to our grandmothers tell us stories. What if we could continue to enjoy the magic of stories in a modern manner? Amazon's Audible makes it possible.

The Audible Suno app is available to download for free on devices that run Android 4.4 onwards. iOS users in India can access Audible Suno content for free as well via the current iOS Audible app. Within two weeks of its launch in India, the app has crossed one million downloads on the Play Store.

Since the holiday season is here and it’s the perfect time to snuggle in bed and listen to stories, YourStory used the app for more than a week. Here’s how it stacks up against the rest of the competition.

At a time when most of us have no idea of how many accounts we have across multiple apps, Audible Suno offers a huge advantage: it lets you use the app without any account. Just download, and immediately start using it. It does not have any ads (so far), is free (for a period), and features exclusive content.

The content on Audible Suno is spread across various categories such as romance, thriller, comedy, talk shows, self-help, spirituality, drama, business, and others.

The app currently offers more than 60 original and exclusive series in both Hindi and English. Each show comprises short, easy-to-digest episodes featuring stars across categories - Amitabh Bachchan in Kaali Awaazein, a horror show. and Katrina Kaif and Karan Johar in Picture Ke Peechhe, a talk show.

Apart from these shows, other series are hosted by celebrities like Neena Gupta and Anupama Chopra, and narrated by Neelesh Misra.

Some of our favourite audio shows included Kissa Khwabon Ka, a 10-episode series created and hosted by Anupama Chopra and starring Pankaj Tripathi, Neena Gupta, Nawazuddin Siddiqui, Taapsee Pannu, Manoj Bajpayee, Diljit Dosanjh, Yash, Rajkummar Rao, Anil Kapoor, and Katrina Kaif as guests. This series will transport you into the inspiring origin stories of some of the most celebrated artists of our time.

We also loved, My Ex-Breast, a seven-episode series by Tahira Kashyap Khurrana and Guneet Monga’s Sikhya Entertainment. In this series, Tahira takes you on an intimate journey after being diagnosed with breast cancer. In a single moment, she goes from praying for her breasts to grow to life throwing her a curveball in the form of a mastectomy and reconstruction. Poignant, honest, and radically hopeful, Tahira shares how she and her loved ones chose joy in the face of fear.

Another favourite is The Unexperts, a 10-episode live comedy series created and hosted by Abish Mathew. The Unexperts are experts at giving you information you don’t need—unsolicited advice, ridiculous opinions, and really, really bad reviews. Every episode features a panel of ‘Unexperts’ who will take down and break down everything from old schoolteachers, to AI, from ghosts to apocalypse, family, and more.

The UI of the app is similar to Amazon Prime. The home screen features recently-listened-to shows in the top strip; the broader strip in the middle showcases featured shows. Scroll down to have a look at new releases and popular categories.

The UI is intuitive and easy to use. In terms of streaming, the app has some impressive features to customise your story. The features let you control the speed of the audio, add bookmarks, and choose from chapters. There is also a sleep timer, which pauses the app automatically whenever you want it to. For example, we listened to stories to sleep and chose ‘end of chapter’ as the sleep timer.

We just have to dub this app the best launch of the year. Audible Suno enables listeners to turn their idle time into “found time”, and unlock more hours every day to fill with entertainment and learning. The best part? It takes away eye strain (so common due to OTT options and long hours in front of the computer).

Whether you are riding the bus or the local train, are busy doing chores or cooking, are working out at the gym or even relaxing at home, or simply readying to sleep, Suno can help you add value to every minute. With refreshing, rich-in-content, and engaging stories,  this app is a must-have on your phone.

A quick tip: don't forget to slip in ear pods to enjoy the subtle background music on the shows!