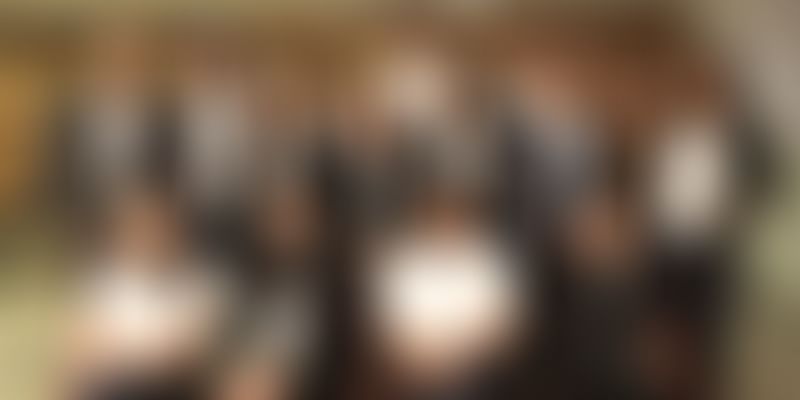 Arthan, a technology-driven, socially responsible human capital company, is creating a link between organisations and job seekers. It facilitates inclusive hiring by enabling employers to highlight their preference for special-needs people or women returning from a career break.

The Indian NGO sector is the largest in the world, data suggests. According to a multiphase study undertaken by the Central Statistical Organisation in 2009, India has about 3.3 million NGOs. The final phase of this study in 2012 provided employment details for the sector - about 18.2 million people were employed by the 2.2 million NGOs visited as part of the study.

Social services (37 percent), education and research (24 percent), and culture and recreation (15 percent) accounted for about 76 percent of all activities undertaken by these 2.2 million NGOs. However, the sector was highly male-dominated, with 72 percent men.

“The leadership team at Arthan Careers was committed to creating pan-India impact and leveraged technology through developing and launching an online portal. The impressive traction from the initial online portal, coupled with Arthan’s commitment to creating the best product experience possible, led to the development of responsive web applications - not only secure but also highly scalable,” Satyam says.

According to the founders, around 3,000-5,000 job postings have already been registered on its website, with a higher conversion rate for employers. Apart from this, about 10,000 children are counselled through the foundation.

“In the last 15 months, Arthan’s platform has received over 1,300 impact sector job postings. We have engaged with more than 58,000 professionals from the impact and the corporate sector. In the past 18 months, more than 101,000 users have visited Arthan’s online platform,” Satyam says.

Arthan’s employment portal is dedicated to the impact sector that creates a link between mission-driven organisations and job seekers. The portal aims to be inclusive and empathetic, with the founders well versed with the evolution of today’s working approach.

Prior to starting up Arthan, Satyam worked with various NGOs that focused on leadership and employment. He earlier worked with his co-founders, Mahamaya and Anchal, on assignments, and met Rahul through his network.

With a common aim of improving employment prospects in the impact sector, the four founded Arthan in Delhi in 2016.

“We know that each job seeker has distinct concerns and needs, and we facilitate inclusive hiring by enabling employers to highlight their preference for hiring special-needs people or women making a comeback to their career. Our vast range of opportunities includes full-time, part-time, internships, consulting, volunteering, and work-from-home opportunities,” Satyam explains.

What does Arthan do?

The platform organises events in different formats across India. These create a space for conversation, deliberation, and ideation, and facilitate interactions between mission-driven organisations and skilled talent.

“Arthan aims to play a role in facilitating opportunities to find solutions to existing challenges and designing organisations for the future. In 2020, Arthan will organise four knowledge events engaging 1,000+ social impact leaders and 300+ job seekers to strengthen the ecosystem, with respect to human capital and talent development,” Satyam adds.

Primarily focused on Tier II and III cities, Arthan undertakes various social campaigns through its sister organisation, Arthan Foundation, led by Mahamaya. The foundation aspires to bridge the knowledge and information gap by empowering students from economically backward communities. It enables them to understand the world of work, create career plans, and acquire core life skills.

“The implementation of the career planning programme in our classrooms has helped me to understand my students better and to see how I can further use this information to make their learning fun and fruitful. Arthan Foundation has prepared and provided us with a very well-researched single document Daftar Duniya. The students enjoyed doing the different activities contained in Daftar Duniya as well as filling up 'online' forms on their own. This document has made my job as a facilitator much easier and fun for students,” says Usha (TFI Fellow), at Janakpuri School.

Usha is just one among the many whose life got better with Arthan.

“Buoyed by the strength of an innovative internal development team and highly encouraging market performance, we are also planning to raise Rs 5 crore as seed funding in the next financial year,” Satyam notes.

Headquartered in Delhi and with an office in Bengaluru, Satyam says the team plans to have offices in other parts of the country to reach out to people more easily.

Arthan is planning strategic expansion of its product offerings and is developing new cutting-edge tools such as AI-MatchMaking, which will leverage an AI-based algorithm to create a match between employers and job seekers in the impact sector. It is also developing ChatBot, another interactive AI tool that will enable real-time conversations between the job seeker and the employer.

It also aims to establish a discussion forum that will bring in experts to help solve common issues at a national level.

Meet the man who is empowering the specially abled with technology