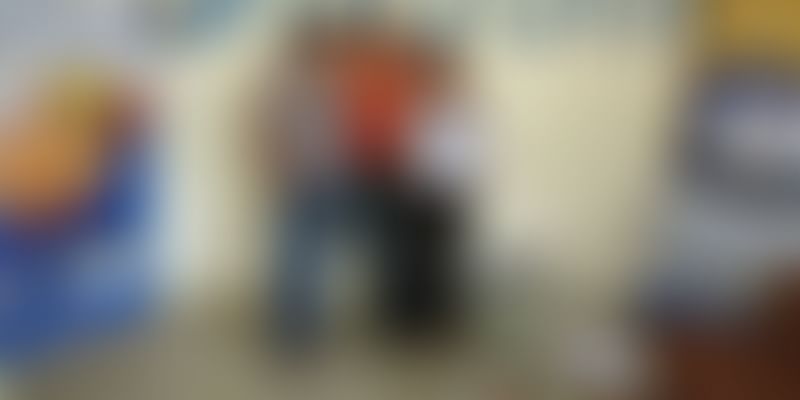 Bengaluru-based Bizom is a leading sales force and supply chain automation solution that helps increase sales force productivity and grow sales for the consumer goods industry. Founded in 2007, the platform witnessed a 40 percent growth in revenues in FY19.

Ecommerce is on the up across India, but there’s no denying the role that the more than 12 million small stores across the country play. Exactly why Bengaluru-based Mobisy Technologies aims to harness their collective power as it scales.

The B2B marketplace for FMCG distributors offers two “mobile-first”​ products, Bizom​ and Distiman, which it claims ​are the two ends of the $500 billion retail market in India, of which only 10 percent is organised retail.

Founded in 2007 by Lalit Bhise, Shree Kulkarni, and Vasudeva Manjunath, the startup has in five years brought 130,000 small stores on its platform. More than 5.6 million small stores at present use its technology.

This has been made possible by its strategy of working with more than 350 top brands, including Coca-Cola, Cargill, Hershey’s, Molson Coors, Shell, and United Breweries.

“In the next decade, you will see small stores in India going digital. It is clear that despite the strong ecommerce and modern trade narratives, small stores remain the backbone of the Indian economy. We will see brands invest in intelligence coming from this ecosystem,’’ says Lalit Bhise, Co-founder of Mobisy Technologies, which owns the tech platform Bizom.

Bizom claims to be India’s leading sales force automation and supply chain automation solution for the trillion-dollar consumer goods industry. Helping to increase sales force productivity and sales growth, the platform is trusted by over 350 brands, 15,000 distributors, and 130,000 field users.

How does it help? Usually, once a brand sends goods to the distributor, it has no idea what happens next. Bizom gives you visibility into what is happening in the market.

Mobisy has disrupted the market by working with top brands and helping distributor systems use technology. The founders claim that they are “not selling technology to kiranas”, but have made order processing easy and products available in a day. Along the way, Bizom has also helped free up working capital.

Mobisy has created a network of its own distributors or stockists, all of which are multi-brand. This allows a kirana owner to get products of various brands from one stockist.

Mobisy’s second product, Distiman, is a last-mile offering that enables mom-and-pop retailers to double their profits using “just-in-time”​ procurement of products across all brands through their smartphones and helps brands increase their distribution reach.

The startup has been able to scale up because of its ability to help brands in automating their sales force and working closely with small stores. It has, over the last five years, simplified the entire retail supply chain cycle in India.

Mobisy reported revenue of around Rs 28 crore in FY19, and aims to achieve 50 percent growth by the close of FY20. Revenue in FY2019 grew 40 percent over the figure in FY18.

“So far, you saw consumer startups being funded. We will now see increased interest in B2B investments focused on India’s consumption,’’ Lalit says.

But expansion has come at a cost and the company, one of YourStory’s Tech 30 startups of 2015, is yet to turn profitable.

Mobisy raised $3.5 million in its second round of funding in 2019 led by SIDBI Venture Capital Limited (SVCL). Existing investor Ojas Partners, Triton Investment Advisors, and some angels also participated in the round. The startup had raised Rs 1.5 crore in 2013, and Rs 2.5 crore in 2018 from angel investors.

A helping hand for brands

Bisleri was one of the first bottled mineral water brands in India and continues to dominate the market with a 70 percent share in the packaged drinking water industry. Its products include Bisleri mineral water, Vedica natural mountain water, Bisleri soda, and Urrza, an energy drink.

However, it had a problem.

The challenge was that the company lacked structured data on sales hierarchy and supply chain. Its aim was to scale operations in Bengaluru, a growing metropolis and a strategically important market for the brand.

However, the firm faced several challenges, beginning with supervision of the sales team. The management wanted to improve compliance and productivity of its sales force in Bengaluru. The manual method of marking attendance and managing orders using business sheets made the process lengthy, time-consuming, complex, and prone to errors.

Outlet data, especially about outlet count and feasibility, also made it tough to plan and scale up operations. Moreover, managing data about retail outlets, sales hierarchy, and supply chain manually was proving to be a herculean task.

Another big problem was stock availability. With real-time data on distributor stocks missing, secondary sales were poorly tracked. This caused a drop in orders. The lack of visibility on competitor’s stock and Bisleri’s performance also hindered growth.

After taking into account all the problems, Bizom got to work. It enabled Bisleri's sales team to automatically mark attendance across its hierarchy using smartphones. End-of-day and customisable attendance reports were used to oversee the huge team. Features like time stamping and geo-tagging made it easy for management to keep a track of the sales forces’ activities.

All the company’s clients are vociferous about using its systems for intelligence to boost sales as they ready to use data to scale.

“Data is the biggest investment that companies are making,” Lalit says.

In the race for retail market dominance, India’s kirana stores still hold sway. And that’s why Mobisy isn’t the only one trying to tap this segment.

Reliance Industries’ retail subsidiary Reliance Retail, which pegs the number of kiranas at more than seven million, is readying a platform to bring small retailers into their fold as part of the Indian conglomerate’s ecommerce plan.

So is Metro Cash and Carry, which plans to launch an online kirana platform for B2B customers later this year. To counter Reliance’s retail push, both Walmart and Amazon are also expanding their efforts to add convenience stores to their network – not just as last-mile delivery agents but with a view to manage the B2B wholesale supply for kiranas.

With the retail pie in India pegged at about $500 billion, it's reason enough for Lalit and his team to see a big opportunity for brands to invest in technology for distribution.

Mobisy is one of the forerunners in this segment along with Jumbotail, Udaan, and GoFrugal. And, as far as we can see, 2020 is surely going to set a precedent for retail technology for the next five years.