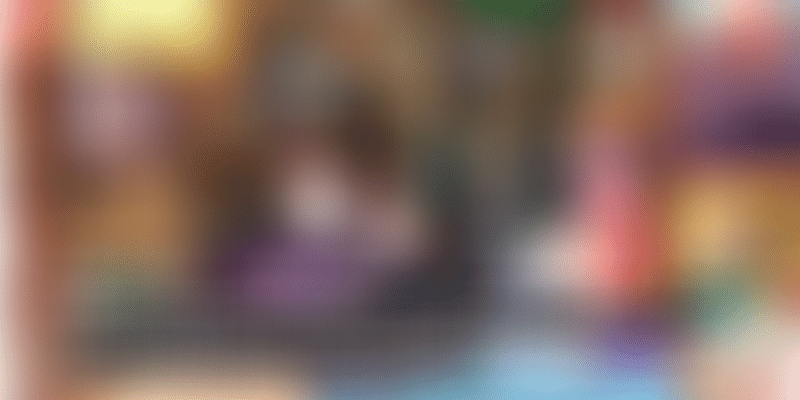 As large global and domestic retail players fight each other for a growing share of the Indian consumer’s spending budget, India’s kirana stores are emerging unlikely allies to the likes of Reliance and Walmart.

Fifty-eight-year-old Sriram opens his kirana store – akin to a neighbourhood mom-and-pop shop – at the crack of dawn every day, as has been his tradition for the last 20-odd years. Little has changed for him by way of his customers, all of whom are from the neighbourhood and who he knows by name.

Over the years, he has learnt intricate details about each of his customers and their consumption habits. He can tell apart the ones who have moved to healthy eating, those who prefer tea over coffee, or even a particular brand of flour that is more frequently consumed. To be clear, Sriram’s store is more than just a local grocery store; it now doubles up as the delivery point for parcels and mails for his customers, while he assumes the additional role of a local real estate agent – all of which highlight the unique relationship borne of familiarity and trust that kirana store owners enjoy with their customers.

In fact, this unique relationship coupled with the personalised shopping experience that kirana stores offer its customers explains how and why Sriram and other such shop owners have survived the changing face of competition in the retail industry.

And today, global and domestic retail players – once seen as tough competition for India’s kirana stores – are now looking to leverage these very stores to expand their retail presence and gain a greater hold over the Indian consumer.

In the nearly two decades since he first opened his store, Sriram has witnessed the onslaught of supermarkets, large retail chains, and now, the ecommerce wave. But for Sriram, as is true for India’s wide network of kirana stores, this competition has done nothing to alter their influence on the Indian consumer.

And now, as global retail players – from US-headquartered Walmart and Amazon to Germany-based Metro – battle each other and domestic retail giants Reliance and Future Group for a greater share of the Indian consumer’s spending budget, India’s wide network of kirana stores are featuring prominently in their retail strategy.

“If you look at FMCG, electronics, food, and pharma distribution, they are all coming on to a larger network or a platform,” says Kumar Vembu, Founder of GoFrugal, a startup that has 30,000 small retailers on its enterprise resource planning (ERP) platform.

Reliance Industries’ retail subsidiary Reliance Retail, which pegs the number of kiranas at more than seven million, is readying a platform to bring small retailers into their fold as part of the Indian conglomerate’s ecommerce plan. So is Metro Cash and Carry, which plans to launch an online kirana platform for business-to-business (B2B) customers later this year.

To counter Reliance’s retail push, both Walmart and Amazon are also expanding their efforts to add convenience stores to their network – not just as last-mile delivery agents but with the view to manage the B2B wholesale supply for kirana stores.

To be clear, Reliance Retail, one of India’s largest retailers, made it clear that it wants in on the soul of Indian retail market, as it announced its online-offline omni-channel retail strategy, with India’s kirana stores and small retailers at the heart of the plan.

Reliance Retail currently operates 7,573 stores, with 17 million square feet in space, and a minimum of Rs 9 crore generated per store. Today, Reliance is looking to go beyond the combined strength and reach of its digital services through Jio (more than 300 million subscribers), media and entertainment through Network18 (with a reach of 700 million), and Reliance Retail (with a reach of 350 million).

In FY18, Reliance spent Rs 14,070 crore on indigenous suppliers (small businesses) to work with the retail chain. The company has a presence in 4,400 cities and is now going after fair price shops. Experiments are also on in Andhra Pradesh to cover 5,000 shops across 10 districts with 400 stock keeping units (SKUs) such as staples, food, and apparel. Last year, they covered more than 100 fair price shops.

Similarly, rival Future Group, the second largest retailer in the country, is also harbouring plans to expand to a local network of small stores. It operates 666 stores at present, but wants to scale up.

“We will expand the small store network to 10,000 stores,” says Kishore Biyani, Chairman of Future Group. The company aims to increase its retail footprint by leveraging the power of networks and gathering data of consumers from its stores.

In Bengaluru, Future Group’s Consumer and Digital (C&D) Lab is integrating computing power with consumer insights, and data with design-led thinking. More than 100 technologists, design thinkers, and data scientists are engaging with the best technology companies and startups to digitise every facet of the company’s business.

The aggregation of India’s kirana stores

And yet, the aggregation of India’s kirana or small store owners is not limited to just the large brick-and-mortar retailers; it is happening with the ecommerce companies too.

Amazon currently has 17,500 small stores across the country in its network under its ‘I Have Space’ (IHS) programme. Amazon leverages its IHS partners – which are mostly local grocery, pharmacy, stationery, and general stores – for last-mile connectivity. In return, Amazon offers them an extra source of income, without having to make any investments. Its IHS partners are dotted across the country, in over 350 cities, with most of them in Tier II and III towns such as Jodhpur, Nasik, Kolhapur, Belgaum, Guntur, and Dehradun.

Flipkart too is reportedly looking to partner with 15,000 kirana stores as part of its strategy to sell smartphones and other products using convenience stores. The company is reportedly partnering with over 800 stores in Telangana to sell smartphones. Flipkart’s fashion platform Myntra, as part of its ‘Mensa programme’, already uses a network of convenience stores to carry out last-mile deliveries.

Indeed, both Amazon and Walmart-owned Flipkart are helping close to 500,000 Indian sellers running small and medium businesses take their business online and grow their earning potential.

“Thanks to the growth of ecommerce, our business is doubling every year,” says Manish Chowdhary, Co-founder of Fit&Glow. His brand, Wow, is one of the bestsellers on Amazon, both in India and in the US.

Like Flipkart and Amazon, several other smaller B2B players are using technology to provide tech-enabled solutions to small store owners.

SHOPX, a retail operating system that connects brands, retailers, and consumers, is now rapidly aggregating small stores. After five years in operations, it has reached close to 120,000 retailers and is currently experimenting with a complete digital platform at Ramnagar, a small town outside of Bengaluru, and other towns across India.

“Retailers want technology to tell them what they need to stock up on, and not what they don’t have to stock up on. This changes the way companies supply products to them,” says Amit Sharma, Founder of ShopX.

Their technology can manage over 500,000 transactions per day and powers a deeply integrated supply chain.

Similarly, Mobisy Technologies is also connecting retailers to distributors and FMCG companies. Lalit Bhise and his team have built a large network across the country and have reached close to 100,000 retailers. Even Store King is digitising small stores to become “assistants” to rural customers for digital payments, digital commerce, and logistics support.

And one cannot downplay the role of digital payments platforms like Paytm and PhonePe in aggregating mom-and-pop stores. Paytm, on its website, claims to have reached seven million merchants, but does not disclose the number of merchants actively using Paytm services.

Then there is SnapBizz, which has more than 10000 mom and pop stores on its platform. Snapbizz has a solution that enables kiranas to make more money with FMCG brands advertising in their stores. "India Retail 4.0 will be a collaborative model between independent retailers and trusted business houses which have the ability to add value on both demand and supply side of the small retail shop owner's business," says Prem Kumar, founder of Snapbizz.

And yet, India’s kirana stores continue to remain unchartered territory, with many, like Sriram’s, still untouched by technology.

Like Sriram, the large majority of kirana store owners still prefer to deal in cash and manage their

inventory via books. While demonetisation has forced many small store owners to adopt digital payments, the extent of the digitalisation of their business has been limited to payments.

But this too may soon change. According to a RedSeer report, almost 70 percent of kirana shops in big cities and 37 percent in Tier II towns are willing to use technology to manage their businesses. And with corporates keen to bring them under their wing, a battle is under way – to win the heartland of Indian retail.

As Arvind Mediratta, CEO of Metro Cash and Carry, strongly emphasises: India’s future lies in the hands of its small business owners. He says,

“At present, all small and medium business (SMB) entrepreneurs still want a face to deal with, but they are getting used to tech. They want specialised, customised, and personalised service. Relationships are very important in India, but tech also has a role to play.”

Indeed, the convergence of technology and retail – and the aggregation of local kirana stores like Sriram’s into large tech-enabled networks – may change the way India shops, forever. And in doing so, it may well determine the future of the Indian retail landscape, or more specifically, the victor(s) in the battle for retail market dominance.