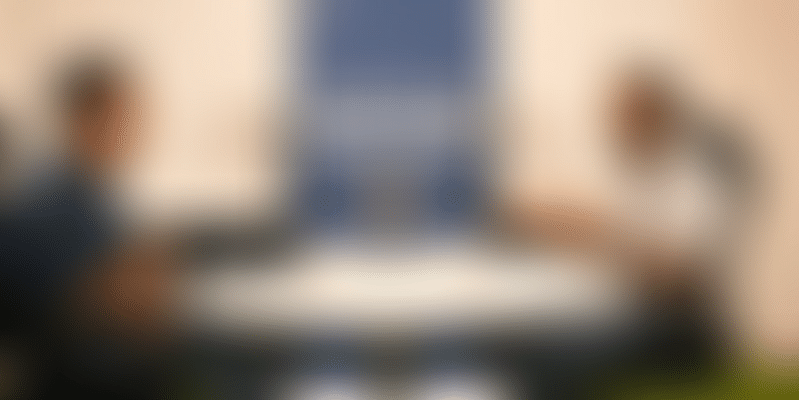 In a conversation on ‘Building It Up with Bertelsmann’, Harsh Jain reveals Dream11’s journey, from plugging the market gap and choosing a business model to gaining first mover advantage.

How do you establish a user base of 50 million, battle regulatory hurdles, and scale to a billion dollars?

No one else can better answer this question than Harsh Jain, Founder and CEO of Dream11, India’s biggest sports gaming platform.

In a candid conversation on Building It Up with Bertelsmann, India’s first growth-focused, Apple-recognised business podcast, Harsh talked us through the journey that made Dream11 an integral part of sports rituals across the country.

“Why only watch, when you can play?”

Gaming had always been a socialising tool for Harsh. While he was studying at UPenn, fantasy football helped him keep in touch with his friends in Mumbai. When he got back home, he was shocked to find out that despite the fervour around the Indian Premier League, there was no platform that allowed fans to test out their predictions.

Dream11 was launched to plug this gap in the market. It turned spectators into gamers, by giving them the opportunity to build their own teams, and win points based on the performance of the selected players on the field. However, identifying the market’s need is just the first step. How do you get it there?

“Only successes won’t teach you; it’s when you fail that you learn.”

Harsh and his team made their fair share of mistakes before picking the freemium single match fantasy model they run today. He recounts how, in an attempt to engage the user, they ran polls, trivia, and news on their platform, accidently turning Dream11 into a sports social network!

“Experimentation is critical to growth.”

In that phase of experimentation, they even ran out of funds! They had to bootstrap their company with the help of a social media agency called Red Digital, which they ran on the side.

The team realised that in order to succeed in the startup ecosystem, they had to find one problem, solve, and scale it. They did just that and changed the landscape of fantasy gaming in India.

With a loyal community of “Dreamsters”, organic traffic, and 30 percent monthly growth, they knew they had achieved product-market fit.

Building the “Dreamster” community was no easy task. Winning consumer trust is a long-term narrative that spans everything from the brand ambassadors partnered with or the process of money withdrawals on their platform. Harsh insists that having a positive social media presence and associating with gaming authorities like the NBA or the ICC lent credibility to their name amongst the gaming populace.

They won the ultimate trust test when regulatory issues forced them to go the direct download route. Harsh shares that users downloaded their app despite cautionary messages that pop up on the screens. Furthermore, friend referrals started bringing in 50 percent of their new users.

With many fantasy gaming companies modelled around cricket, the list of Dream11’s competition has grown. When prodded about this, Harsh shares that even though product engagement and usability can be replicated, a user has to move his or her entire network if s/he has to move to another gaming platform. Hence, Dream11, one of the firsts in the fantasy gaming market, has the network effect advantage.

However, Harsh is far from overconfident about it. He believes that “users will move if you provide them with enough value”. He foresees innovation will drive competition in their industry, be it through unique features like substituting players mid-match or exploring fantasy leagues for other sports.

Scaling up your startup? It’s all about the Product-Market-Fit: Deep Kalra on Building It Up with Bertelsmann