Now, keep your data safe in a private, digital ‘home’ on the internet, thanks to this tech startup 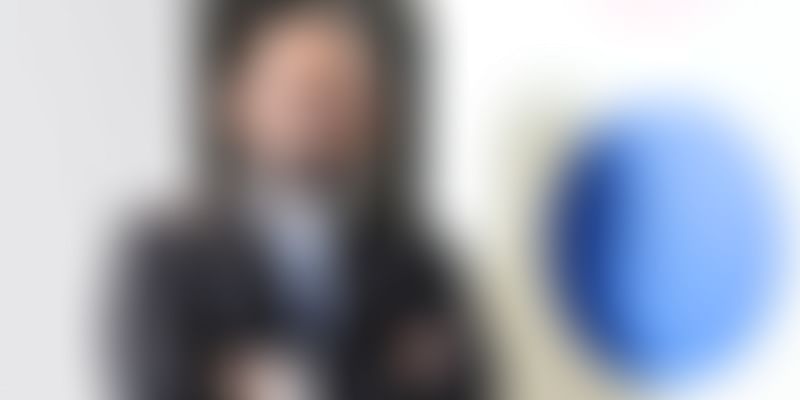 Though it has become easy to access any information now through the internet, on the flipside, the digital privacy and security of millions of people are always at risk of being lost, stolen, or misused in one way or another.

A solution to this grave, present, and ever-growing problem comes in the form of an innovative consumer product developed by Houm Technology. The startup, founded by Bijai K Jayarajan (45) and Priya Goenka (36), enables users to own a ‘private home’ on the internet.

The founders, who firmly believe that data protection and privacy can only come with data ownership, started Houm in 2018 to enable internet users to take complete charge of their data.

In a product video on YouTube, the founder explains that, in the case of other storage platforms like Dropbox or Google Drive, users are only retaining access to their content on these tech platforms through the servers owned by the corporates without actually owning anything themselves. Whereas, with Houm, once a user buys a unique domain, the access to it is transferred to them, the domain and servers are in their name, and that space on the internet is legally owned by them.

Bijai explains that their product essentially allows a user to have a legally-owned piece of digital property. This domain can be used to safely store all of one’s digital assets. The Co-founder and CEO adds,

“There is no fear of losing them to anyone, since you are the only person who can access it. Basically, Houm can be called your own private place on the internet. The product offerings of Houm are meant for every individual who uses the internet for transactions, entertainment, and sharing on an everyday basis.”

The product has been running on a beta version since last year and has more than 15,000 global customers to date including 10000 users from India. The startup will come out of beta this month and will establish its sales presence in New Zealand, the United States, and Europe, among other regions. The Singapore-headquartered Houm has a subsidiary in the US and a technology development centre in India.

Beginning after a $100 million exit

An ISB Hyderabad alumnus, Bijai was heading the ‘Frequent Flyer’ programme of Jet Privilege for many years before moving to MasterCard Worldwide. He then started Loylty Rewardz’ Mngt Pvt Ltd in 2008. That business dealt with a large volume of consumers' personal data, cognisant of the importance and vulnerability of such data.

Bijai and Priya, who worked together at Loylty Rewardz, began to realise that, with each online transaction, from shopping to online booking of hotels, flights, etc, people were constantly generating and sharing data and were also becoming wary of having such personal details exposed on the internet. That is when the duo thought of building a product that would ensure digital privacy for everyone as well as provide owned space on the internet, a place that users could call their own.

After selling Loylty to BillDesk for $100 million, Bijai and Priya set up Houm Technology in 2018 to address the data privacy, data security, and data ownership issues of global citizens.

The co-founders funnelled in their money, to the tune of $3.5 million, to develop the product and take it to the market. “We have initiated the process to launch this product in the international markets first with a significant presence in India,” shares Bijai.

The basic storage capacity of a digital ‘houm’ is 100GB.

After buying a property or space through Houm’s platform, users can safely store all their digital assets like photographs, documents, music files, financial documents, videos, personal entertainment, and other content there, without the risk of losing them to anyone else as only they can access it.

“We deploy state-of-the-art data security software and encryption to protect the data of customers,” says Bijai.

Explaining further, Bijai says that the B2C offering is intended for any internet user who is not a software programmer. The entrepreneur adds,

“A person who knows software coding can develop his or her own digital place, but those who do not know software programming and uses the internet for shopping, studies, transactions, etc can make use of our product to store their digital assets safely. We hope to create about three to four billion digital homes on the internet that their respective owners can actually call their own.”

Going forward, Houm will also enable users to interact with others via chat, voice calls, video calls, group chat, etc – “all of it in absolute privacy, without any other person or company listening in.”

The startup’s revenue stream is from new sales and the renewal fee for existing customers. It offers a digital home on the internet for as little as Rs 200-300 per year.

“That’s the price of the basic package. The price goes up with the quantum of storage space. It is our proprietary technology and software, so we don’t have to pay any royalty or share revenues with anyone,” says Bijai.

The internet republic and competition

According to the co-founder, Houm is a unique offering.

He adds that there is no other company globally offering anything like this to address the problems of internet users’ data privacy. In the absence of competition, the company is focussing on making more people aware of the new concept behind this solution, termed ‘private individual ownership’ over the internet.

“We all know there was a time in this world when people didn’t own land – only kings or emperors could, and everyone else lived in the kingdom as subjects. People didn’t know what ‘private land ownership’ meant. And, then came the republic world, where everyone started to own their own personal land and build their homes. Today, people don’t own anything on the internet. Only the digital emperors, the gigantic corporations, do. It’s time for the internet republic,” quips Bijai.

After New Zealand and the US, Houm plans to launch in five European countries. The startup has plans to spread to 20 other countries outside the US and Europe. Its targeted presence is 50 countries in the 24 months after the launch, and, in the course, it is looking to build over a billion digital ‘Houms’ for people worldwide.

For expanding into various geographies and deploying more technology, the 29-strong team will need more funds, and the startup is already planning for a tranche of investment from institutional sources.

“We are talking to some of the largest PE funds and VCs. Our investment in India will go up manifold following an infusion of more money in the venture,” shares Bijai.