[2020 Outlook] Upping the electric mobility game for a clean, green, and responsible India 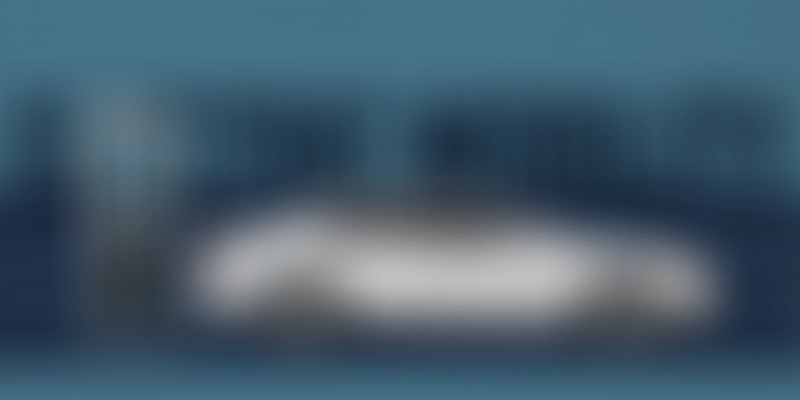 Of the 26 million vehicles sold in India, even if 10 percent were to go electric by 2022, the vision for a cleaner, greener country would be on its way to realisation.

In a bold and far-reaching move, India’s electric vehicle goals are set to flourish as Niti Aayog, the government’s thinktank, brandishes the emobility mantra. The government aspires for a greener India by emphasising on the sale of only electric vehicles by 2030, or have a large percentage of EVs on the road by then.

This would go a long way in addressing India’s clean fuel ideology and reduce high pollution levels. With proper charging infrastructure being key to this EV surge. The increased interest in electric mobility is evident in the lineup for the AutoShow 2020, in Delhi, which sees the highest number of EVs.

Companies have already spruced up their e-mobility offerings. Case in point, Tata Motors which is set to launch its new EV line up after its first foray, the Nexon EV which is expected to be available to the public early next year.

M&M will have six EVs launched by 2021 beginning with the KUV100, a subcompact SUV. Both Tata Motors and M&M have drawn up plans to launch complete e-mobility solutions beyond existing cars in three years. Expect no less from market leaders Maruti Suzuki and Hyundai’s EV offerings too.

“Just remember to watch out for a revolution as you will see all the ecommerce companies use electric bikes for delivery,” says Dhivik Reddy, founder of GoGreenBOV, who is currently in China readying for the launch of his new delivery bike in India, and a large investment announcement.

Players like Bajaj Auto have also announced the launch of the Bajaj Chetak EV scooter with a long-range battery warranty of 50,000 km for three years. And this is not taking into account startups who originally belled the EV cat. The history of electric mobility innovation in India is rich and innovative.

History in the making

GoGreenBoV started the revolution in 2008 while Reva started in 2000, eventually becoming a part of Mahindra Electric in 2010. Reva’s founder Chetan Maini has now started Sun Mobility, a key startup forging ahead in the puzzle of scaling electric vehicles by making swap charging infrastructure for public transportation available.

The government of Gujarat uses Sun Mobility’s swap charging in 10 of its buses, and this is set to scale up in 2020. Uber’s auto is going to use Sun’s swap batteries for its next phase of growth. Sun itself will expand to five new cities in 2020.

“The key piece is charging, once you solve that then India can truly move electric. The government has to reduce GST rates on import of components required for charging infrastructure, then the industry will become even more competitive,” says Chetan Maini, founder of the Bengaluru-based Sun Mobility.

Like Sun Mobility, Magenta Power is trying to use a combination of solar and batteries to set up charging infrastructure in western India. It is also raising money to scale up to more than 200 charging centres across India.

Amplus Solar too is piloting an undisclosed number of EVs with ecommerce companies like Big Basket who are trying to use a combination of solar power and power battery technology in supply vehicles.

The biggest impact of EV innovation is Ather Energy with its Ather450 Scooter. With more than 10,000 bookings so far since its launch in 2019, the scooter has become a prized possession and has created a community of proud owners.

“Six years of hard work has led to building a brand that is built ground up and with a lot of heart going into design and performance,” says Tarun Mehta, Co-founder, Ather Energy.

[Behind the scenes] Into the nuts and bolts of Yulu, the dockless bike-sharing platform that offers an easy and breezy ride

Niti Aayog speaks of e-highways with overhead electricity networks for trucks and buses, and radio cab services, such as Ola and Uber, to go electric by 2030.

Its goal is to increase the usage of clean-fuel technology and give Indian citizens cleaner air to breathe. According to media reports, the road transport and highways ministry will be tasked with coming up with a framework to phase out the sale of diesel and petrol vehicles, a significant source of air pollution, by 2030.

With bikes like Revolt, Ultraviolette, Tork and Polarity launched and available to order or buy on websites, one can expect several more bikes to come into the fray.

Revolt has invested Rs 500 crore in a manufacturing facility in Manesar with a 1.2 lakh capacity per year. Orxa Technologies Mantis’ Mantis Motorcycle is another contender. There is a car called Strom, which will be launched next year and will have only three wheels.

With a plethora of EV vehicles hitting the road, the Indian mobility industry needs new business models where electric distribution companies subsidise those providing energy back to the grid, and a pricing mechanism to reward those individuals that provide energy generated from rooftops, for electric vehicle charging.

This involves several government ministries, regulatory bodies of the power and transportation, automobile and software industry, and civic bodies to get together to make electric mobility a reality. The renewable energy capacity in India is 80 GW.

It has to double to support millions of EVs on the road as the grid aims to balance itself when power is drawn simultaneously, which will invariably create a grid to collapse.

According to Research and Markets, the total shared mobility fleet in India is expected to reach 4.7 million units by 2025.

Yulu mini electric scooters as a last mile connect is already scaling up across India. “We have all seen what is happening in Delhi, it is time we invest in initiatives that can change the way we commute and make our cities sustainable,” says Amit Gupta, Co-founder, Yulu, currently operational in Delhi and Bengaluru.

Currently, India has close to 760,000 EVs sold in FY19, 83 percent of them were three-wheelers and 16.4 percent were two-wheelers. The total fund raise in the EV mobility space, according to Your Story research, is $450 million, $300 million of this fund raise has come from Ola Electric and $91 million has gone into Ather Energy.

Sources say Sun Mobility has invested close to $100 million (currently undisclosed). The e-buzz is palpable among citizens, and the time is ripe for joint action with all stakeholders to go electric to save the environment, cut down on the oil imports, give back to the planet, whatever your core beliefs are.

We can expect 2020 to be the year of the EV in India. Society of Indian Automobile Manufacturers (SIAM) reveals that the Indian two-wheeler market is 21 million units sold per year with cars produced per year stands at 4.06 million.

There are close to one million commercial vehicles sold every year. Even if 10 percent of each of these three segments go electric, India is set to cruise towards a cleaner and greener future.