The other side of fashion ecommerce: empowering small merchants the Zilingo way 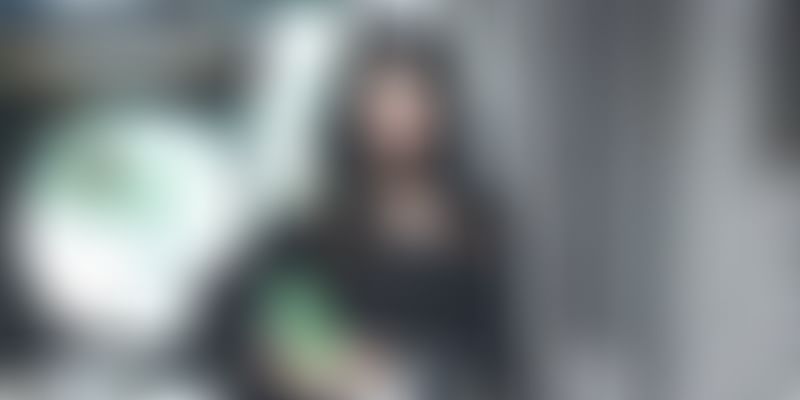 In this episode of GGV Podcast with Ankiti Bose, CEO and Co-founder of Zilingo, she reveals what she thinks about the nature of Zilingo’s business and the growth drivers of a 12X track in a short span of four years.

Founded in 2015 by Ankiti Bose and Dhruv Kapoor, Zilingo is an online B2B platform for small fashion merchants operating primarily in Southeast Asia.

Its latest round of funding brought the total capital raised by the company to $308 million, making it one of Southeast Asia's highest capitalised startups. It is currently valued at $970 million, which edges its valuation towards ‘unicorn' status.

By providing services from technology and data science to financial services and sourcing, Zilingo manages to bridge the gap between creators and producers, helping merchants to digitalise, automate, and scale their businesses.

In this episode of GGV Podcast with Ankiti Bose, CEO and Co-founder of Zilingo, she reveals what she thinks about the nature of Zilingo’s business, the growth drivers of a 12X track in a short span of four years, being a first-time entrepreneur at 23, and building localised teams in different countries.

Hans Tung: Starting in India as an investment analyst at Sequoia Capital, it's a dream job already. Why did you decide to leave and start your own business? How did you come up with Zilingo?

Ankiti Bose: Working at Sequoia Capital with venture capitals was a dream, but I was attracted by the great potential and opportunities in Southeast Asia back in 2014. This idea was brought up at the end of 2014, when I went to a weekend market called Chatuchak in Thailand. The market has over 25,000 merchants and attracts a large number of people from different countries who come there just for shopping. It has a huge demand, but these small merchants had no idea of digitalising their business, and the margins were squeezed out before products get to the marketplace. Small merchants have to rely on agents or distributors for their resources due to the small quantities they require. We saw the opportunity, so we decide to fix this old-school approach.

HT: What value do you provide for your main customers? How does Zilingo help the designers/apparel merchants in Southeast Asia?

AB: "Fashion apparel is a massive industry, accounting for four percent of the global GDP. It's fundamentally a cross-border industry without companies like Foxconn, SAP, or Oracle, which set standards of manufacturing and supply chains."

It is filled with middlemen and intermediaries across the supply chain.

What Zilingo does is offer an end-to-end cloud platform which connects the manufacturer to the brand directly, and allowing them a tech platform, which also provides analytics and financial services.

For example, if you're a small or medium-sized merchant anywhere, there is no way that you would be as competitive as large conglomerates like Zara or H&M by yourself. You might have problems like sourcing, financing, getting the best price for shipping, and so on.

That's where Zilingo comes in. We provide resources you need at a very competitive rate because we can aggregate across thousands of merchants. Even if you are an independent designer with a very special style, we can help you as we have over 4000 factories on our platform, and many of them are our cloud factories where we provide leased facilities and bring in technical hardware and software to increase their capacity utilisation.

Therefore, we can negotiate with the suppliers on behalf of multiple manufacturers, and essentially the rates are significantly better by at least 30 to 40 percent.

HT: You have a global customer base with local tastes, as well as a large number of local competitors. How did you manage to localise your business while applying those experiences to other regions? How did you assemble local teams in the first place?

AB: “Countries in Southeast Asia or South Asia have fundamentally independent cultures and economies. Bucketing them into one phrase is a very western construct."

Different cultures, foods, currencies, and federal government regulations result in various products and ways to do a business. Therefore, from the business and product standpoint, we ensured that each large team in each country is led by a local leader who has completely decentralised decision-making powers and an understanding about the products, team, and culture there.

Additionally, we have a high degree of diversity at the leadership level in terms of gender, nationalities, religions, and ethnicities. We have 15 nationalities in our team, of which 50 percent are women from different countries and backgrounds. It's challenging to tie such different people together, but we try to address it by ensuring the independence and individuality of each of them and then tie them together with common values.

When we assembled the team for our largest office in Indonesia⁠—which acts as a bridge team connecting India, Singapore, and Indonesia⁠—we first hired the local co-founders of Zilingo Indonesia, who are capable of building their own team and hiring more people.

We spent a lot of time getting to know local leaders, with regard to their working styles and so on, before we made the final decisions. It's a very localised approach to team building, which gives enough autonomy to local leaders under the guidance of common goals and values.

Moreover, our employees' strong sense of belonging helps us to stably run the business across different regions. People are happy about their work because of the respect for their individuality, and it makes me feel that we are much more in control. It's not a top-down governance approach. Besides, the women's leadership style, less threatening to some extent, helps a lot as well.

HT: When you look at your business, do you think it is B2B or B2C? What do you think about your expansion and the value you provide? Did you determine your direction regarding B2B or B2C in the first place, or after trying different things and realising that this is the right path?

AB: We are a B2B company, and our purpose is to solve problems for merchants, such as yarn sellers, fabric sellers, or factories. We provide an end-to-end platform that serves merchants. We do have a marketplace business as well, but it's just an additional distribution channel provided for our merchants to absorb excess products when they don't have adequate channels.

We did try a bunch of different things in the first place. The B2C market has been extremely competitive. As we were spending more time with merchants, we realised that there were numerous problems to be solved for them, and profitability is possible from solving those problems. The B2B market seems to have more value to be created without a lot of capitalists chasing it. This decision might not have been completely understood two years ago, but I think we did the right thing when we generated values for those merchants and our business.

HT: How is Zilingo organised today? How standardised or productised are the 36 services you offer? Do you localise services in every single country?

AB: The core business is to connect small merchants and brands and allow them to trade with each other. We offer 36 kinds of services, including financial services, marketing services, packaging services, and some higher value-added services like data analytics.

Financial services is the one requiring a separate structure because it's both originating loans and advances for financial institutions as well as giving out credit from Zilingo. That's how a business operates geographically, and it's expanding from Asia to the US now.

Our 36 services are pretty standardised cross-border because they need to be deployed to thousands of businesses simultaneously. However, for a lot of our big customers, such as Disney across Disney, Disney live-action, Marvel, and Star Wars that we are working with recently, we do provide bespoke services, procurement, etc. We do make exceptions for huge brands we work with, but most of our services are quite standardised because a merchant who makes 100 units at a time with $100,000 in a year is capable of using Zilingo as well.

As for the localisation aspect, services relating to language, currency, logistics, etc require deep localisation, and those are localised for every country.

For example, we provide logistics through third-party APIs, and we mostly let B2B services integrate on top of our B2B platform.

If a product is shipping from Thailand to Indonesia, three to four logistics companies and two payment companies may be involved. With one of our most coveted services, ERP, what we do is we invite B2B SaaS companies, which are otherwise too expensive for these businesses to use, to build apps on top of our B2B platform and deploy ERP across our factories.

HT: Zilingo is your first startup, and it has grown 12 times since the funding. Can you share with us the key drivers for the growth?

AB: As I mentioned, markets in Southeast Asia are complicated and different. The first spurt of growth started when we addressed and treated each market, each product, and each business independently.

The second growth spurt happened when we turned to focus on B2B opportunities, focussing on merchants rather than end-customers. Since more merchants are digitalising their businesses, we seized the opportunity by providing better online services in terms of technology, data science, financial services, and sourcing.

Thirdly, the biggest growth spurt happened when we realised the main missing link and the enabler to all of this is financial services. It's challenging for small merchants to get funds from the bank without a credit score and traceable records of their sourcing and selling.

Besides, as I always say, mission and vision keep on changing, and values can evolve as well. We should always keep tracking what's happening in the market and adapt to changes. To be a competitive and valuable company, we have to change our outlook all the time.

"We should all take ourselves less seriously and look at what's happening in the market and evolve with it. Let's have an open mind in terms of what we do."