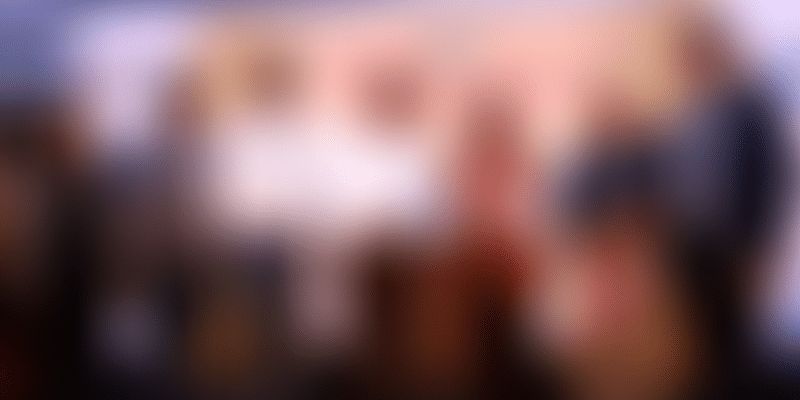 YourStory, in association with Zoho, organised the ‘Secrets of Scaling Up in 2020’ conference on December 13, 2019 at Le Meridien, Kochi. The conference brought together over 180+ startup founders, successful entrepreneurs and business leaders from the region and across India to discuss their experiences and debate issues that need to be tackled to scale up in the right way.

The keynote address was delivered by Saji Gopinath, CEO, Kerala Startup Mission. He took the audience through an analysis of how entrepreneurship has evolved from a few years ago to the present state of the ecosystem, and what the future holds. As part of a special initiative to empower women in the industry, Saji said the Kerala Startup Mission plans to implement ‘Kerala Women in Nano Startup’ project.

“Although Kerala women are talented and qualified, their potential is not fully utilised in the industry sector. Entrepreneurship among women in Kerala is only 11 percent now. With the implementation of the project, their share can be enhanced,” he said.

Kerala, once considered as an industry-unfriendly state, has 25 companies with a national and international reputation. This transition signifies that even with scarcity of land to build industrial units, Kerala can perform well. Startups are developing solutions in newer ways thanks to a whole host of support systems and infrastructure in place. Kerala Startup Mission (KSUM) offers entrepreneurs in the state, exposure to the national and international startup ecosystem, state-of-the-art facilities, mentoring, networking opportunities, industry connects, R&D support and more. So far, 619 startups have registered, out of which 175 are seed-funded startups, 7 are venture-funded and 6 of them are supported by incubators. The platform has 303 incubatees who enable growth for technopreneurs and business enterprises.

TiE Kerala is one of the most active chapters in the TiE Global network and has been closely associated with KSUM in promoting the startup ecosystem in Kerala, with many of its Charter members offering voluntary mentoring and strategic support to nurture early-stage entrepreneurs. KSUM and TiE Kerala have also jointly initiated several successful programs such as mentoring masterclasses, startup showcases, failure labs, meetup café, etc.

Anand Chari, Deputy General Manager, Bombay Stock Exchange (BSE) SME, also spoke on the modalities for startups to get listed on the BSE. “Trust is essential for an investor to invest in any unit and Kerala startups have seen plenty of investments,” he said.

This was followed by an engaging fireside chat ‘Basics Brand Story’ by Balachandar, Co-founder, Wassup Laundry with Suhail Sattar, Co-founder, Basics. There were insightful talks by Beena Kannan, CEO, Seematti, who shared the secrets of scaling up in 2020, and C Balagopal, Founder and Advisor, Terumo Penpol, who spoke about entrepreneurship and its way forward in Kerala. Balagopal has identified 50 manufacturing industries in Kerala who are operating well and have footprints across the globe. "People complain about starting up in Kerala, but there are challenges everywhere. Despite that, I've observed that there are several brands and companies based in Kerala who are performing extremely well," he said.

The conference also featured an award ceremony to recognise entrepreneurs, brands and governmental organisations in Kerala who were enabling innovation and creating an impact. The winners in each category are as follows:

Prior to the conference, a workshop on ‘Adopting Technology as you Set Up, Start Off and Scale Up’ was organised by Zoho. The networking dinner saw startups discussing their entrepreneurial challenges and taking tips from the speakers and fellow entrepreneurs.

A special shoutout to our sponsors: