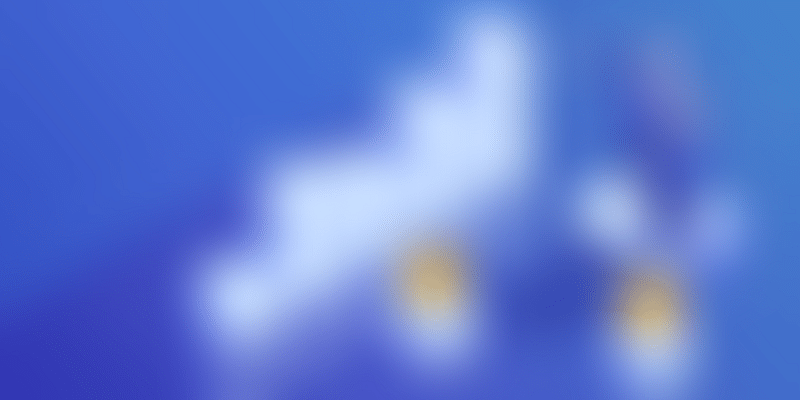 If it looks easy, look closer. The only way to solve the surface-level challenges is to address root causes and better understand what’s happening on the ground.

During the course of our work in India, we have learned that the best way to identify opportunities—particularly those that aren’t the most obvious ones—is to listen to and learn from the people in the communities we serve. Data and trends are important for validating and sizing opportunities, but only by understanding the realities, desires, and cultural mindsets of the people we serve can we really work alongside them to catalyse products and services that will create new opportunities for them and their families.

In this article, you will read how this approach has proven invaluable.

Microcredit: a new market for the urban poor

In 2006, the Michael & Susan Dell Foundation India began working with poor urban communities in the country’s largest cities. We were surprised to find very little presence of responsible microfinance services in the urban slums. Despite the clear and pressing need to make credit available to families, urban microfinance essentially did not exist.

We began to ask questions and learned of the common industry thinking – urban communities suffered from weak community ties, thereby invalidating the effectiveness of a group lending model. However, as we spent time with families in urban communities, we discovered this assessment was overstated and unsubstantiated, and that urban families were in fact very closely tied to one another. We learned that people were staying in place for generations and that the population was not as migratory as originally perceived. We also uncovered that contrary to the myth that smaller ticket sizes would not be adequate for the urban poor, the demand for small-ticket loans of Rs 5000-10,000 was as high in urban slums as in rural areas.

Armed with these truths, our next step was to find social entrepreneurs willing to build companies to serve these urban communities. Through many conversations, we came to realise that what these entrepreneurs really needed was seed capital, and not our traditional grants. Over the next decade, we made equity and debt investments in eight outstanding social enterprises focused on microcredit for the urban poor.

Through a multi-year journey, we partnered with these companies as they built a satisfied urban customer base and created financially sustainable companies. And other companies followed their lead. By 2016, the availability of urban microfinance had grown to represent 60 percent of all microfinance in India. Two of these original urban MFIs, Ujjivan and Janalakshmi, are small finance banks today.

Despite tremendous investment in social enterprises and impact investing, we continually heard the challenges in accessing early-stage debt for small and growing businesses. In 2012, there were over 12 impact investment funds supporting approximately 250 social ventures. Yet, enterprises with long-gestation periods, such as those working in health, education and energy, still found it difficult to access the debt market.

Similar to our work in microfinance, we needed to uncover why this gap existed, so we relied on the people who were most impacted to educate us. We learned that small businesses had little to no access to credit support in the early stages of their ventures. Traditional collateral-based lending from banks required a minimum of three years of profitability – leaving many qualified ventures unable to pursue credit opportunities. Additionally, impact investment funding available to early-stage businesses was mostly in the form of equity. We knew that making credit accessible at an early stage could be a game-changer not only for them, but also for the economic development of the country.

In 2013, we began partnering with Intellegrow, a small NBFC anchored around social enterprises. Their mission of improving the lives of people living in urban poverty in India aligned well with the foundation’s mission, and they had a proven and sustainable business model. Their success and growth ultimately created a market for other NBFCs to expand into social enterprise lending. Caspian, Unitus Capital, and Grameen Impact have also set up NBFCs focused on social enterprises, and Trifecta and other venture debt funds are also now lending to this sector. Today, social enterprises in India have additional financial support for building businesses that can achieve important social goals in underserved communities and beyond.

Our work in skilling initiatives for underserved youth uncovered another intersection between need and opportunity – a space with little activity, despite the intense focus on skilling across the country. Skilling continues to be a huge challenge, even with support from the Skill India Mission. In November 2018, the government’s flagship skilling programme, the Pradhan Mantri Kaushal Vikas Yojana, was 64 percent short of meeting its target of reaching 10 million youth, with only 3.6 million people enrolling. Further, out of the 2.8 million youth who enrolled in trainings between July 2016 and June 2019, only 1.2 million found employment.

We set out to better understand the causes of low enrolment and employment. We talked directly to young people to understand their aspirations, motivations, and obstacles. The insights we learned were grounded in two realities: the immediate need to find employment and the financial constraints that made skills training beyond the reach of many low-income youth. We also found that young people from low-income backgrounds in metro cities aspire for private jobs over government opportunities, which was a surprise to many in the skilling space. While our surveys validated the role of strong skilling institutes in gaining access to jobs, it also quickly became clear that the fee was beyond the reach of low-income youth. We set out to address this problem by combining our microcredit experience with our skilling work.

In early 2019, we provided loan capital to Eduvanz, an NBFC that offers flexible and low-interest loans to students for skill training or higher education. Within a few months, Eduvanz granted more than 3,000 loans -- 750 of them to youth from low-income communities. The first cohort of students supported by Eduvanz has achieved over a 90 percent placement rate, proving that quality training combined with upfront loan support is a model that can help move people from unemployment to meaningful employment in India.

The lesson we learned is this: the intersection of need and opportunity is about people. The best way to design sustainable, customer-centric solutions is to talk to families, neighbourhoods, communities, social entrepreneurs – to find out what they really need. This can mean taking a step back, questioning assumptions, and investing in research to better inform how and what we fund. This type of on-the-ground engagement not only enables deeper community impact, but also drives higher returns for the companies in which we invest.

This work isn’t easy. And if it looks easy, we have learned that we need to look closer, finding the answers within the hearts and minds of the people we serve.

What are some of the key learnings you’ve encountered from experiences in the social impact investing space?